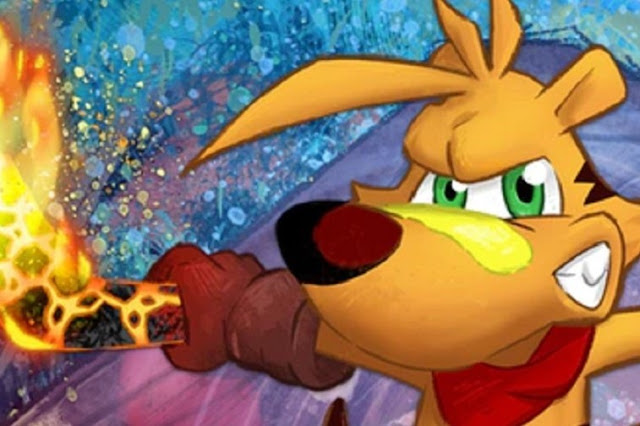 I try not to use the word “hate” much, because it’s an overly emotive word and doesn’t really suit video games – if you genuinely hate a game or games, you’re a little too invested in them. However, the dislike that I feel for collect-a-thon 3D platformers does come as close as I get to hatred. Even the very best and most popular in the genre such as the likes of Banjo & Kazooie, Spyro, and Mario 64, do absolutely nothing for me, as they represent the epitome of arbitrary busywork with little reward. With that being said, I felt an obligation to play Ty the Tasmanian Tiger HD now that it’s on Nintendo Switch, and while it is a collect-a-thon 3D platformer, the very Australian-ness of it does help it get over the line. I enjoyed this.

Mechanically and structurally Ty the Tasmanian Tiger doesn’t do anything that most other examples of the genre do. You’ll need to traverse a series of small, self contained environments, and in there complete a series of objectives to earn a particular resource (in this case, gemstones) to slowly open up more levels and make progress. Those objectives range from little minigames, to completing obstacle courses in a certain time, through to collecting a couple hundred “coins” that are scattered around the environments. As you do that you’ll also need to be on the lookout for golden cogs for upgrades, trapped bilbies, and on and on. You’ll also need to make good use of your jumping and secret-sleuthing abilities, and finally, you’ll need to toss boomerangs at the various enemies that are scattered around the place.

None of this will be unusual for anyone familiar to the genre, and indeed one of the nice things about playing Ty the Tasmanian Tiger in 2020 is just how comfortably that glove immediately fits on. Collect-a-thon platformers aren’t that common these days, but through the N64 and PlayStation 2 era, they were as popular as open world titles are now. As with anything that aims to tap into nostalgia, tradition is the better way to go, and some of the issues that people had with Ty back when it was new (that it didn’t do anything to stand out or push the genre forward) are now its strengths, in providing genre fans with the warm-and-fuzzies with something they don’t get to indulge all that often any more. 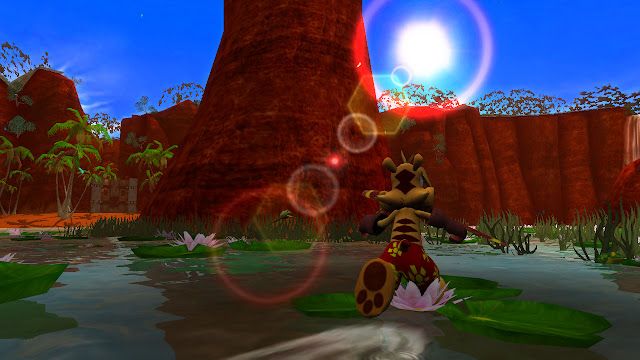 Ty the Tasmanian Tiger also scrubs up nicely from its origins. Characters are simple and blocky, but aesthetically so, and environments are clean, colourful, and vibrant. Most importantly, there’s a lot of personality conveyed in the way that Ty moves around the world and interacts with it. This is important, because personality was always what the Ty series has relied on. The one unique thing that the game has going for it is an extreme caricature of Australian language and mannerisms, and every “blimey”, “strewth,” “g’day,” and ridiculous Australian animal portrayed through the game got me to smile and chuckle a little. Australia’s games industry is an odd one, in that our developers tend to punch well above their weight when it comes to making quality video games with (usually) very small teams, but they very rarely set out to make Australian games. Games that reflect something of Australia and act as a cultural artefact for this country are rarer than hen’s teeth, even among local developers, and it really helps Ty to stand out, appealingly so, that it’s one of the few.

Unfortunately, while Ty the Tasmanian Tiger was a commercial success, it does have issues, and a visual sprucing up doesn’t address those. For one thing wrestling with the camera is a frequent issue, and while that isn’t unusual for that era of development (developers were still learning how to interact with 3D spaces back then), it’s something that’s very difficult to stomach in modern times, particularly when you need to start navigating Ty to make some very precise jumps onto very small platforms. There’s also so much stuff to collect that the grind can become annoying, particularly when it’s a level that you need to teleport all the way back to the start to take another crack at finding items that you might have missed. Ty the Tasmanian Tiger isn’t overly difficult, and the puzzlers were designed so younger people could enjoy them, but there’s a lot of draining loops built into the game that have aged poorly.

There’s also a number of more minor irritants that just pull things back a bit further. One is that you’ll want to completely finish a level before exiting it, because if you re-enter later on to try and pick up stuff you miss the first time, you’re going to have to replay through cut scenes and areas that you’ve already completed on the way to the missed challenges. While Ty’s levels aren’t huge, this does mean a lot of downtime where you’re not engaging in the core gameplay loop (i.e. accumulating stuff), so those moments feel very flat. Having to watch cut scenes for challenges you’ve already completed also threatens to kill off the good will that the humour creates, because the humour value of a joke dives rapidly once it’s repeated. 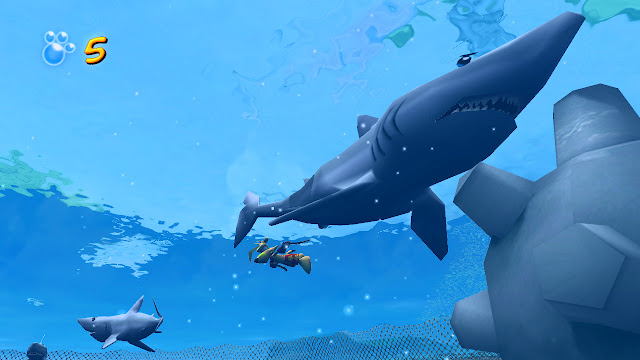 None of these irritants break the game, though, and I did have a lot of fun with Ty the Tasmanian Tiger HD. Having not played the original I got to enjoy something retro-styled from a genre that is effectively dead, and while I never got along well with collect-a-thon, it was still a big part of my youth so there was an inherent nostalgia there. I also loved that this is a genuine product of Australia, with Australian humour and culture depicted throughout. Krome Studios’ classic might not have the profile of a Crash Bandicoot or Spyro, but anyone wondering why this got a HD re-release needn’t. Ty the Tasmanian Tiger certainly belongs on modern consoles, and it would be lovely for the franchise itself to be resuscitated at some point.

Get ready for a lot of Japanese games to be delayed