The Coma: Double Cut is coming to Switch in Japan

Publisher Chorus Worldwide will be releasing The Coma: Double Cut for Nintendo Switch. The collection includes The Coma: Recut, and its sequel, The Coma 2: Vicious Sisters. It will be released on August 6 in Japan. First-print copies will include the sequel’s soundtrack on CD. As for the West, The Coma: Recut is currently available for the Nintendo Switch, PC, PlayStation 4, and Xbox One. The Coma 2: Vicious Sisters is available for PC, with a planned release for Nintendo Switch, PlayStation 4, and Xbox One. There’s no word on whether or not The Coma: Double Cut will be coming to the West. 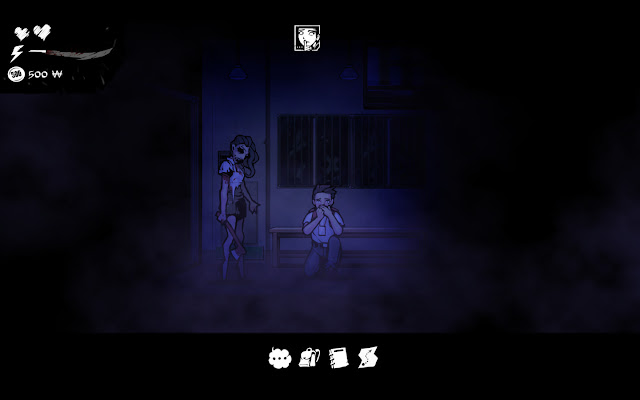 The Coma: Recut is, well, a recut (and remastered) version of the original Korean indie cult classic. Youngho’s school is about to explode, and he’s trapped inside. He has to roam the halls of his school at night, trying to find his way out as many threats are set on killing him. Hiding is key, as Youngho isn’t exactly an athlete. He’ll discover clues the illuminate the school’s mystery… but will he escape in time?

The Coma 2: Vicious Sisters is set at the same school. Mina Park awakes at night in the school, and finds it has become dark and sinister. Someone – or something – that resembles her teacher is hellbent on killing her. Unlike in the first title, Mina is able to escape the school and ventures into the surrounding district. She will have to solve puzzles and reveal clues to figure out what’s going on, all while running from strange creatures and dangerous scenarios. This version includes five costume add-ons that are otherwise sold as DLC.

Mobile fantasy RPG SINoALICE will be launching in the West for iOS and Android on July 1. In Japan, China, Hong Kong, Taiwan, and Macau, the title is published by Nexon Korea Corporation. For the West, global rights have returned to developer Pokelabo due to its familiarity with the title. It’s a free-to-play title. Here’s a trailer:

So what exactly is SINoALICE? Its story comes from Yoko Taro, AKA the genius behind NieR. The music is even produced by Keiichi Okabe/MONACA, who also did the music for NieR. The game could be described as a horror RPG, kind of like an evil storybook. You even start off in a library before choosing your starter character.

Leading up to the game’s launch, the developer is holding a 100 Day Countdown via the game’s social media accounts. Users can win rewards that will be available when the game officially launches, and based on final tallies. For example, the current goal is to reach 30,000 reactions to win 100,000 Gold in-game.

I’d all but forgotten Final Fantasy Brave Exvius, a mobile game that made a splash at launch but quickly fell off my radar. My interest, however, has been revived, as War of the Visions: Final Fantasy Brave Exvius is now available as a free-to-play title via the Apple App Store, Google Play, and the Amazon App Store. It originally launched in Japan last year, but now it’s available to the West as well. Watch the launch trailer here:

War of the Visions: Final Fantasy Brave Exvius is a standalone experience set in the same universe rather than a sequel. Like its predecessor, it draws on elements of classic Square Enix tactical RPGs. Ardra is a continent at the brink of war, with individual nations fighting for dominance. The story follows two princes from the kingdom of Leonis, Mont and Sterne, and the Steel Maiden of Hourne, Machérie. Players will navigate battlefields and plan strategic attacks to escape the war.

To celebrate the game’s launch, certain bonuses are currently available in-game. This includes a login bonus, commemoration question, and a FFXIV: Shadowbringers event. The latter event has players collect items to obtain Thancred in his Shadowbringers attire.

Play as Big Brother in Orwell, coming to iOS

Phew, this is a mobile-heavy Catch-up! Still, this news may be my favourite of the day. Orwell: Keeping An Eye On You is launching for iOS on march 31 for $4.99 USD. Developed by Osmotic Studios, the game is inspired by George Orwell’s infamous novel, 1984. Play as Big Brother as Big Brother watches you right back.

Orwell is a new government security program, and you’re in first human researcher. You’ll have to investigate the lives of citizens, looking for those responsible for a series of terror attacks. You’ll have information from the internet, personal communications, and private files available to you.

The investigation begins with a single person of interest, and you’ll build a network of possible suspects. As you do so, ethical questions will arise, such as which information to pass along to the higher-ups, what to do with information nobody knows about except the subject, and most importantly, what is the price of maintaining security in the manner?