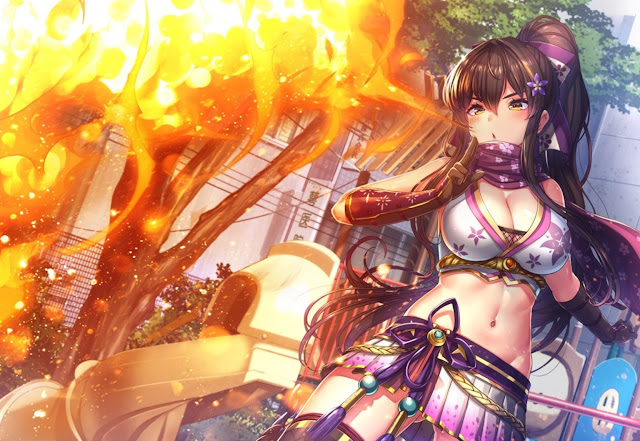 I’ve said this more times than should be necessary, but I’ll need to say it here again: developers, if you’re looking to localise a visual novel into another language, then for the love of all things holy, find a quality localisation outfit to do it. There is nothing more important to a visual novel than the quality of its script. In fact, that’s almost all of what a visual novel is. And yet, over and over again smaller developers ignore this basic truth, and throw their visual novels out there in such poor English that they do their game a great disservice. NinNinDays is the latest example of that.

NinNinDays is more readable than some others, to be fair. Its issues are relatively minor, such as consistently wayward grammar and an overly literal translation that, at times, dampens characters by infantilising them. You’ll be able to follow along with the narrative, and it will all make sense, but it has a cheap and tacky feel as a consequence, and for a game that’s supposedly romantic in tone, it’s rather difficult to care about the two protagonists when they talk in such a stilted, unnatural manner.

What makes this cheap localisation all the more surprising is that the art itself is gorgeous, and by rights NinNinDays should be a premium visual novel. It’s relatively limited compared to some of its peers, being both short and featuring less character art, but what’s in there is truly gorgeous. For the most part you’ll be staring almost exclusively at the female ninja at the core of the story, Sumire, and she really is a beautiful bit of art. She’s a bit on the ridiculous side with the oppai, as is fairly standard with the low-brow adult visual novel, but then the game also likes to really class things up with key art that constantly draws your attention to her crotch and backside, under a skirt that’s so short she may as well not bother wearing it. 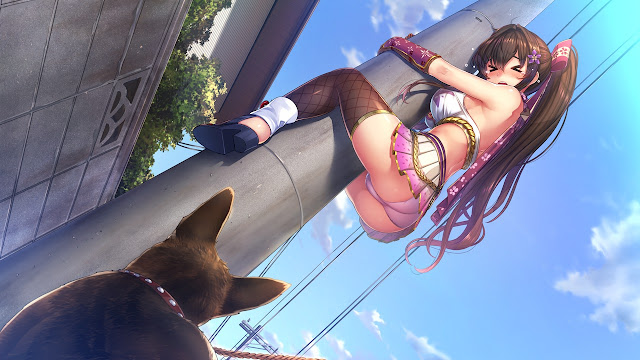 Over on PC there’s a patch for the R18+ version, which brings nudity into the equation, and this is another one of those VNs where you just have to wonder at whether it was the right thing to bring this game to console at all. NinNinDays makes no bones about it – it wants to be an “erotic” experience – it’s right there in the game’s description on Steam and the Switch store, but the Switch doesn’t allow for true erotica and so, while there is more fan service in this game than perhaps anything else on Switch that isn’t part of the Dead or Alive series, it’s also quite clear that the games’s content can’t quite hit its design brief on this console. There are games where the sex scenes can be removed without losing the core of the experience – If My Heart Had Wings and the Nekopara series are, if anything, thematically strengthened by “going legit.” NinNinDays, however, is a game in which its entire creative thrust relies on the premise that you’re going to see Sumire very naked, very often.

NinNinDays doesn’t have much going for it beyond getting Sumire’s kit off. She’s a ninja from a remote village that’s so traditional that it’s easier to imagine her as a time traveler than a part of modern society. She’s also virginal, despite dressing like someone powerfully aware of their sexuality, and she’s come to the big city to complete her training (a laboured metaphor for coming of age if ever I’ve seen one). There she meets your protagonist, who gets her out of a tough spot by giving her food, and at that point Sumire decides that she’s going to move in with you and adopt you as her “master.”

She is, of course, the airheaded type that’s completely naive to the world and has a habit of destroying everything she touches (by accident). Meanwhile, your protagonist is a sullen loser that was floating through life without a care in the world… or anything to look forward to. He, too, is a virgin, with no substantial job, no prospect, and has no idea on how to interact with girls. As you can guess, this is a recipe for hilarious hijinks (albeit as common to anime as themes get), as they start living together and bumbling through to an understanding of what life is really about. There are some broad themes about coming to terms with who you are, and the contrast between the traditional and the modern, which is such a hallmark to Japanese culture, but neither the translation, nor the core writing, is really up to the task of tackling these themes with any kind of nuance. Mostly the game just wants to get you looking at Sumire’s crotch. 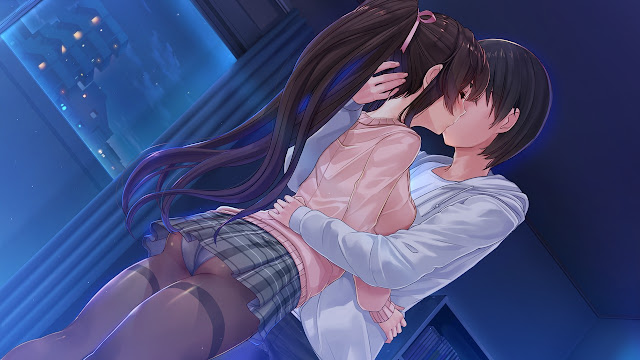 Despite being a short game, NinNinDays is often meandering, with plenty of scenes being quite mundane even by the standards of the slice of life genre. Without trying to beat on the same drum too much, those scenes would probably be more interesting if the text wasn’t so poorly localised. Slice of life really relies on you enjoying the everyday conversations of these characters and that’s hard to do that when their characterisation is often so suspect. It should also come as little surprise that the transition to a romantic relationship that is the great rewards and payoff of the story isn’t entirely believable either.

If for no other reason, NinNinDays is worth a spin because the asking price is cheap, and the art is just that good. As pervy pin-up goes, there just aren’t crotch shots and taut midriffs of the same quality on the Switch as what Sumire’s story offers. However, outside of the art, a limp localisation of what is only a standard and uninspiring narrative are big red flags that would hang over any visual novel, and NinNinDays doesn’t get a free pass for those issues just because its fan service is particularly appealing.