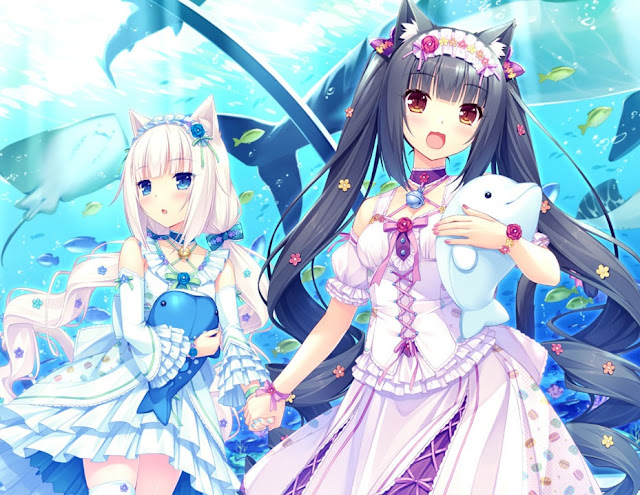 Nekopara is not the first adult visual novel to have had its more pornographic elements shaved off for the benefit of a console release. Utawarerumono on the PlayStation 4, and Eiyuu Senki on the PlayStation 3 are both very notable examples where the developers have kept the underlying game while removing the… ultimate payoff for playing them.

Certain quarters of fans inevitably chalk that up as “censorship” or what-not, but often when a creator does this, it leads to a great deal of success for the respective franchises that would never have happened otherwise. There are new Utawarerumono titles in development that have quite clearly come on the back of the series going “legitimate” for example… and many people forget that the original Fate/Stay Night had pornographic sex scenes in it… now it’s arguably the most valuable cross game/anime media property of all. You walk into an anime shop and there’s Fate stuff wherever you turn; it’s about as mainstream as anime gets.

So of course Nekopara on the Nintendo Switch doesn’t have the sex scenes in it. Here’s the thing, though… I actually think that might just be for the better of the series. I’ve not played the original PC release, but sans the erotica, Nekopara is a silly and genuinely sweet and charming little story, and I just can’t imagine how it could stay that way if the characters kept getting their grind on with one another. 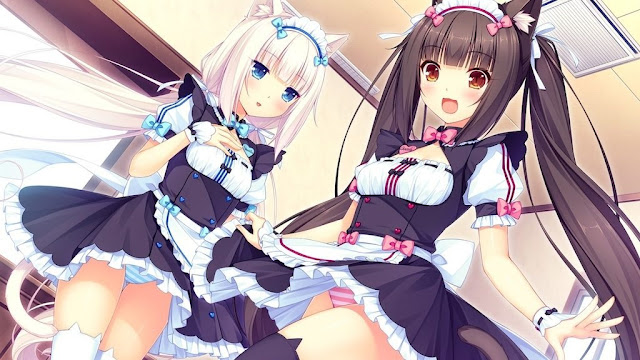 In the world of Nekopara, humans live with catgirls; humanoid cats who can communicate and think and behave with a human-like intelligence, while also remaining coquettish and playful like a cat. In our story, the protagonist has left home to try and make it on his own by opening a bakery. What he didn’t count on was two of the family’s cat girls: Vanilla and Chocola (milk and chocolate, because sweet things are cute… get it?), following him. And so, in addition to learning how to be responsible for himself and his business, he finds himself the guardian of two… well, let’s call them inadvertent troublemakers, shall we?

Nekopara is a comedy that trades on putting a rather earnest and dull protagonist against the playfully chaotic whirlwind of the real interest in the story – the cat girls. Naturally, at first he doesn’t want to take responsibility for them at all, but they turn him around on that and much of the rest of the story spins around their deepening relationship. It’s an oddball “slice of life” approach to storytelling that is fairly popular in Japanese comedy; if you’ve not seen the TV series, Good Morning Call (where two mismatched students fall for a scam and accidently rent the same apartment, and then decide to go on living together, which results in much hilarity), then you’ll know where Nekopara comes from.

What makes this one particularly enjoyable is the two catgirls. They have a boundless energy and innocence that means it’s hard to predict what they’re going to get up to or say next, and it’s almost always both more silly and charming than you’d be expecting. At first I thought the localisation might have been a bit juvenile in tone, but I warmed to it. Nekopara comes from the same side of otaku culture that maid cafés do, where girls dressed as French maids serve coffee to patrons (at a vastly inflated price) and dote on them as “master.” This subculture is wildly popular in Akihabara, where you’ll see these maids handing out promotional flyers for their respective cafés everywhere, and most other people find the whole thing either bemusing or somewhere creepy. The better establishments of this kind roll with the silliness of it all (and the customer base is right on board with it), and Nekopara, too, is fully aware of how nonsense the whole setup is, and plays it for maximum laughs. 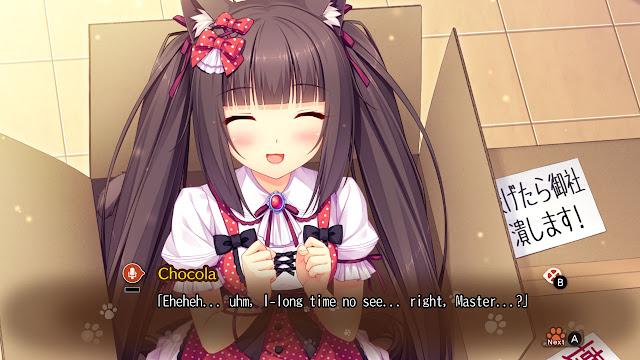 It’s worth noting that as visual novels go, this one’s production values are right up there. Characters have intricate designs, and are properly animated; cheaper visual novels (such as the many available from D3 on the Nintendo Switch) tend to restrict animation to the mouth. The effort that has gone into the character design and art is a cut above, too – Nekopara needed the various catgirls that you encounter to be cute and adorable, and one and all they are.

It should not need mentioning that as a visual novel, Nekopara doesn’t have the usual trappings of a “video game,” but you just know that a bunch of people will somehow look down on it for that. You come to a visual novel for the story, the art, and the characters, and Nekopara delivers on all of those. It means absolutely nothing that it doesn’t have “fail states” or experience bars or open worlds or whatever else.

Like I wrote earlier, I have to wonder if the sex scenes from the “uncensored” PC version of Nekopara would have messed with the cute innocence and playful sense of fun that I’ve taken from the Switch release. There’s still plenty of fanservice in Nekopara; the girls have good taste in underwear, that’s for sure, and there’s plenty of flirtatious dialogue and risqué implications, but it all comes across as playful, and reinforces the rest of the game’s silly tone. And for that, it’s absolutely delightful.