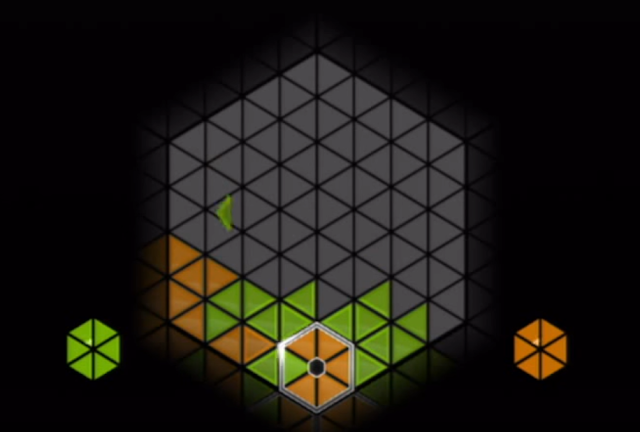 It’s been a while since I last did a retro reflections, but I was recently in a nostalgic mood, so I dusted off my DSi to play some of the DSiWare titles that I found so fascinating back in the day. As a side note, it was actually an interest in supporting DSiWare that was a major reason behind my decision to start up DigitallyDownloaded.net.

As the first of Nintendo’s handheld consoles to support a download eShop, the DSi was almost laughable in terms of what developers were able to do with it – there was an obscene maximum file size (40MB!), for example – but it nonetheless ended up with a pretty decent lineup of games that were a good compliment to the full-scale retail releases. Of the DSiWare titles, none were as good as the Art Style series.

Art Style was a series of 11 games that were released across both the DSiWare and WiiWare platforms, for play on the DSi and Wii, respectively. They were developed by Skip Ltd, a developer that, while independent of Nintendo, has had all of its games, bar one, published by Nintendo exclusively for Nintendo consoles (to most people Skip Ltd is better known for the Chibi-Robo! series). Those Art Style games actually had a genesis of even earlier, though, as they were a continuation and revisualisation of the bit Generations series for the Game Boy Advance, which were released exclusively in Japan. Most of the bit Generations titles were re-made and re-released as Art Style titles.

Each Art Style game was its own unique thing, but the series shared a common thread – they were all hyper-minimalist, highly experimental puzzle games. Some of the highlights of this series included:

Art Style: Kubos – In this one, blocks would fall from the sky, and land within a small 3D arena. Players controller a little person avatar that needed to climb on top of the blocks and run around them, changing the colour on the base. As entire “floors” of blocks were converted into a colour, players would get maximum points. But, of course, there was a risk – if a block landed on the player’s head, it was game over via lethal squishing. 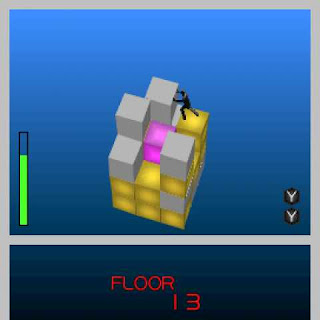 Art Style: Boxlife – This one was fun for the papercraft fans out there; you’d need to cut squares from a grid space in order to fold them into cubes, which would then be removed from the playing field. You were working to time limits, and you also needed to be efficient, as you would be punished for leaving any squares unfolded. 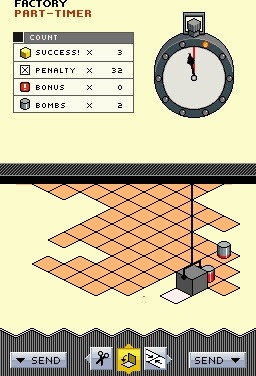 Art Style: Pictopict – Perhaps the most well-respected and applauded game in the series (mostly because it featured Nintendo characters), in Pictopict you needed to match falling blocks together to form parts of a shape (one of the aforementioned Nintendo characters), slowly filling the picture up with “pixels” as more matches were made. This one was so well respected that it ended up featuring in the top 50 DS games of all time by Metacritic aggregate. 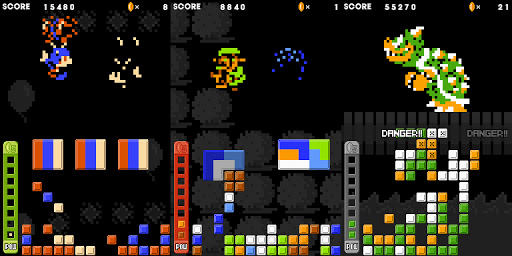 Art Style: Rotohex – My personal favourite, Rotohex gave you a playing field made of triangles, and then triangles of various colours would come cascading down into the play field. You needed to rotate those triangles around so that they would form complete hexagons (in groups of six triangles), at which point the entire shape would disappear. It was game over if the play field ever completely filled up with colour. Trying to get the top score on Rotohex was every bit as addictive as a match-and-clear puzzle games as Tetris ever was.

(This is the only title in this little list that was a WiiWare, rather than DSiWare title, but I had to mention it, because it’s just so good). 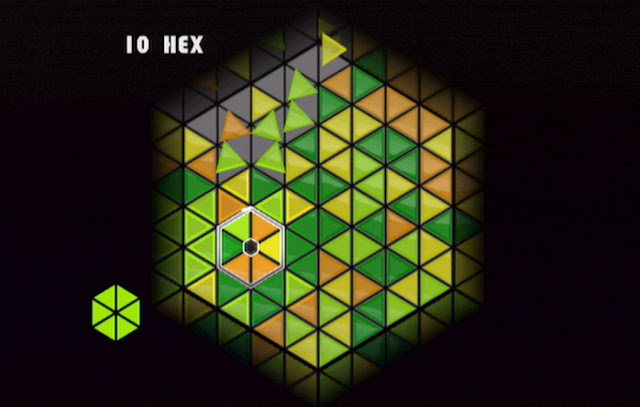 Art Style: Intersect – Pre-empting hyper-minimalist traffic simulator, Mini Motorways, by a full ten years, Intersect featured a single crossing, and little shapes that represented vehicles would come driving down. Your job was to direct them into a different lane, with the end goal being to line up five of the same colour vehicle in a row, which would make the full row disappear, and your score increase in kind. This game got hectic, and fast, and was the most difficult Art Style game by some margin. 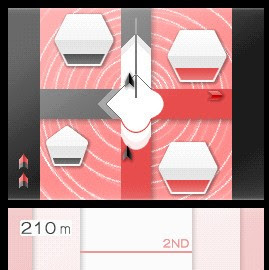 As you can probably get a sense from the descriptions and screenshots, no two of the Art Style titles shared theme or gameplay elements, and therefore as puzzle games each of them required that the player apply different logical thought processes and skills to perform well at them. This is what made the series so appealing, even though they weren’t the biggest or most complex games. They didn’t follow titles like Atlus’ Catherine or Jonathan Blow’s The Witness in trying to build a rich storytelling experience into the puzzle action. They didn’t aim to engage twitch reflexes and fast thinking like most modern interpretations of Tetris do, and they weren’t competitive experiences. They were simple, meditative, and thoughtfully minimalist puzzle games that players could zen out to.

Nintendo never lost its interest in this space. BoxBoy, for example, is a clear descendant of the philosophy and design elements that drove the Art Style series. As too is Jupiter’s Picross titles that Nintendo continues to publish on Switch. Again, they’re all simple, elegant, minimalist and unpretentious, and all leverage that to drive creative energy through their lack of inhibitions and expectations. In other words, they could be highly abstract little experiences that rejected the conventions for standard video games, and that was okay. “Art Style” was appropriate, and they were indeed the kinds of experiences that you might expect to play at an art gallery, and that was just fine.

It’s a pity that Nintendo and Skip Ltd. haven’t gone back to create a compilation remaster of these games for the Nintendo Switch.  A couple in the series were built with the WiiMote motion controls in mind, and those might not be so easy to bring to Switch, but the rest of the series required no particular hardware, and a compilation of even a half dozen or so of them would go to show just how creative and vibrant this overall series really was.

Sadly, as it is, this series will almost certainly be lost to time. Only ever releases on download platforms for consoles where the download platforms were most certainly not the focus, the Art Style series is going to be incredibly difficult to preserve, much less re-release, and as those consoles slowly break down, or get consigned to dusty boxes at the back of garages, it’s a loss of real creativity that we’re facing in losing these.