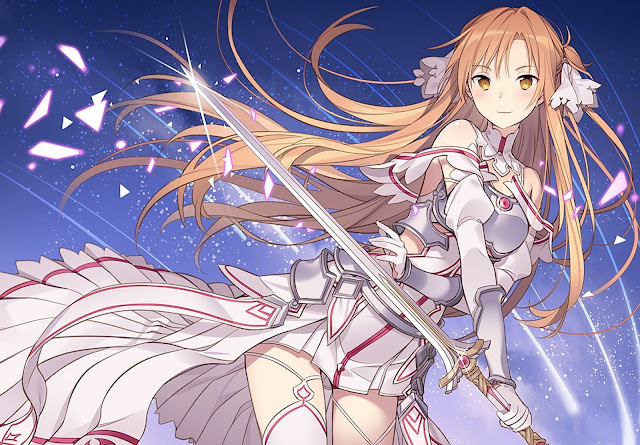 It’s such an easy topic to champion in the political sphere that it can only be cynical – for those that haven’t been following Australian politics, one of our more obscure and useless senators, Stirling Griff, has decided to go on a campaign against anime and manga. To paraphrase his argument, he claims to believe that anime is filled with child exploitation material, and therefore a lot of it should be banned immediately. Furthermore, there needs to be a crackdown on allowing this stuff into the country in the future.

It’s taken me a couple of days to respond to Griff’s nonsense. I wanted to simply ignore it, because Griff is a moron and is clearly running with an agenda that has nothing to do with “protecting children.” He simply wants the risk-free political brownie points and a moment of notoriety. But in the wake of a shameful performance in Senate Estimates, in which Griff makes some truly dangerous arguments, I feel like it can’t go ignored.

The first problem is that Griff has chosen to make an argument that he has carefully selected to be as difficult to stand on the other side of as possible. He is, in theory, making an argument against child exploitation, and that’s an airtight argument. He just needs to point to something, claim it’s child exploitation, and instantly, if you argue against that claim you’re going to get castigated on social media for being a terrible, terrible person. And so, in an abundance of caution in my part, I’m going to make this big, bold, and clear: yes, Stirling Griff, child exploitation is a very bad thing. Very good, Stirling Griff, you’ve stated the obvious.

The problem with Griff’s argument is that he doesn’t consider context when arbitrarily declaring these anime and manga works as “child exploitation.” Or, possibly, he’s that illiterate on reading text that a concept such as context is beyond his capabilities. To read Griff’s arguments and statements is to see, clearly, that he considers the depiction of a subject to be equivalent to support of that subject, which is a ridiculously disingenuous argument at best, and outright ignorant at worst.

For Griff’s argument to hold, the purpose of the material in the anime that he cites must be to titillate. But there are any number of other reasons that an artist may address the kind of material that Griff wants censored. It might be used to subvert or transgress. It might be part of a broader socio-political commentary. It might be there to shock audiences or make them feel uncomfortable. Now you may well argue that these themes aren’t canvassed will in an individual work of anime or manga (and fair enough, it often isn’t), but to suggest that the depiction of such material is inherently supporting that material, or aiming for titillation, is ridiculous.

We should probably thank our lucky stars that Sterling Griff is apparently too illiterate to read books, because if he did, and wasn’t racist enough to target an art form endemic to one ethnic culture while turning a blind eye to others, then he would have to also campaign against an awful lot of literature. Let’s take the most obvious example of all; Vladimir Nabokov’s Lolita. Lolita depicts sexual abuse happening to a very underage girl. It does not do so in the interest of being pornographic, however, but rather as an observation that Nabokov made of a side of America that is too often ignored. Jeffrey Epstein shocked the world… and Nabokov’s book stands as a warning that America had the environment and cultural conditions that allowed an Epstein to flourish.

Marquis de Sade is another example. Sade’s books frequently depict underage sex, and because it’s Sade, it’s often lurid and violent. Contrary to the popular misunderstanding of Sade, however, his books were not written as pure pornography, but rather, they reflected an extreme, angry revolutionary spirit and are a castigation of both the politicians and religious establishment of the time. The abuse in his books are always metaphoric for the abuse of society at the hands of those in power.

If these are too niche for you, then how about Shakespeare? Juliet, the girl that Romeo woos, marries, sleeps with (implied) and then dies over, because another man wants her instead, is aged 13 in that play. Stephen King, the most mainstream and respected thriller/horror author of all, frequently depicts teenage sexuality in his books. One particular scene got cut from the film, but in the all-time classic, IT, a girl Beverly, on the very young end of her teenage years, has group sex with six boys.

Yes, if Stirling Griff is consistent with his stance, then there are an awful lot of valuable literature that need to be burned.

We should probably count our lucky starts that Stirling Griff is also apparently not much of a film and television fan too, because child abuse and/or teenage sexuality are both topics that are regularly canvased by filmmakers. From the horror genre, where teenagers come home from school, get in one another’s beds, and then get slashed, through to arthouse stuff such as Thirteen and The Virgin Suicides, where youth sexuality and the impact that has are central themes, there are more than a few films that deal with everything from hormones to abuse. Stirling Griff, in his campaign against anime, has an issue with the state of the clothing that characters are often wearing… and yet both Home and Away and Neighbours – long-running institutions of Australian family-friendly television – frequently depict teenage characters in swimwear and getting horny all over one another. Puberty Blues – another Australian production of high respect, almost entirely spins around the blossoming sex lives of its teenage cast.

And this goes on. There are actual film adaptations of both Nabokov’s Lolita (twice) and Sade’s 120 Days Of Sodom. Or there’s Knock Knock, a thriller in which a man who is (strongly implied) to have been abusive to his daughter, is seduced and tortured by two girls who we’re lead to believe are 15 years old until the final seconds of the film. Or there’s Hard Candy, a thriller/drama where a young girl allows herself to be groomed by an online predator in order to turn the tables on him, capture and imprison him, and extract revenge on him for those he hurt. All of these films are uncomfortable to watch with some of the scenes that they depict. All of them make valuable reflections on society. If Stirling Griff was consistent in his outrage, they would all be censored.

Of course, most people are rational, and none of the above really concerns us in society, as a threat to our children. Sarcasm aside, I also doubt that Stirling Griff would have an issue with even Sade’s works or Lolita if he read them. Why? Because with TV, with cinema, with literature, we all understand that context is important. The line between pornography and art is a difficult one to define and draw clearly in the sand, but we all understand that there is a line between titillation and depiction, and we have an intuitive sense when we’re reading a book or watching a film which side of the line that work is on. So, while we would all be sickened at the thought of children being depicted in pornography (and of course Australia sensibly outlaws and censors such material), we also understand that a narrative can depict something without supporting it. Lolita might make us uncomfortable (and certain scenes are most definitely meant to), but Lolita is also an incredibly written, powerful book with such a strong message that it’s a canon work for anyone that genuinely cares about literature. Given that one of the two film adaptations was done by Stanley Kubrick himself, the exact same thing can be said about Lolita in film.

So, let’s bring all of that back to anime and manga. For all his protests, none of the anime that Griff is claiming is child exploitation is actually hentai (anime made for pornographic purposes). You might find it creepy, uncomfortable, and even perverse (and some of the anime Griff mentioned really aren’t for me either), but in every case the material in that anime was put there for narrative and thematic reasons. You may say that the stories are poorly written or sexist, and making those arguments is perfectly fine as well (and also applies to some of the anime Griff cited). But writing or creating an art work of low quality isn’t illegal. So, to get to the crux of why Griff’s argument is dangerous: because Griff is insistent on these things being judged without their context, it’s important to understand that there is a lot of anime in which, much like Lolita, Sade, King, Shakespeare, Thirteen, The Virgin Suicides – and dozens and dozens of works besides – have themes that say something, and say something important. Griff cannot just dismiss them as “exploitation” because they make him, personally, uncomfortable, and he certainly should not be arguing for policy based on that.

Griff’s argument, for example, could well see the bath scene in My Neighbor Totoro get that film banned. It does, after all, feature the full-frontal nudity of minors. It’s also a completely wholesome film, but all you need is for a few puritans to decide that someone might be turned on by that – people who don’t understand that nudity and baths aren’t inherently sexual in Japan – and that film could wind up banned as “child exploitation”. This is exactly why you can’t get arbitrary with this stuff – the minute you put a blanket ban on some topic, theme, or element, you end up crippling other artists in their creativity, even when those artists are engaging with the theme in a wholly innocent manner.

Australia has the Australian Classification Board, and that Board, for all its faults (and I do have issues with it) does consider context in its decisions. It also reviews and classifies anime already. Griff’s statements suggest that classification isn’t enough, and that he doesn’t care that the Classification Board has considered context in making its decisions. Griff, powered purely by his moral code doesn’t understand context, and therefore he wants absolute censorship.

And that’s why we need to oppose Griff’s campaign. Don’t let his cynical line of argument about “putting a stop to child exploitation material to protect the children” hold water. It doesn’t. Griff thinks that this angle is so moral and righteous that it puts his statements and line of argument beyond criticism. It shouldn’t. Griff isn’t taking a stand against child exploitation. Griff has a puritanical moral code, and with his inability to understand context within the art he sees, he is arrogantly making assumptions about the intent and purpose of those art works, which are really quite ignorant, and harmful to artistic expression as a whole.