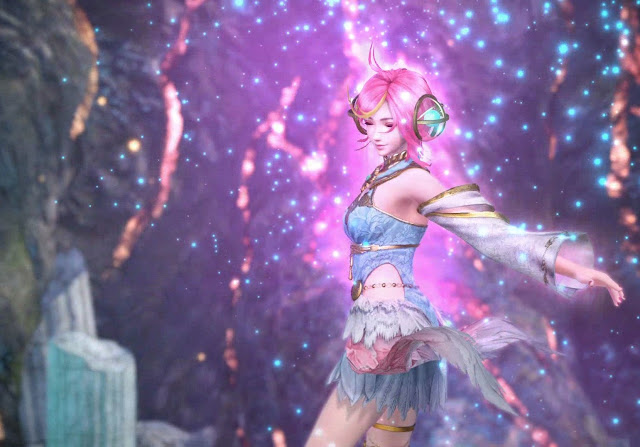 The base Warriors Orochi 4 is a cracking game. Bringing together 170 characters from Koei Tecmo’s Samurai Warriors and Dynasty Warriors series, with some original characters and fresh new faces, it was a brawler that was pure fantasy and fan service for anyone who loves the overall Musou formula. Koei Tecmo likes to continue to play around with its titles after release, and pushes out pseudo-sequels like Empires or Xtreme to accompany, enhance, and complement the base game. That’s where this “new” release comes from. Sadly, while I’m generally on board with all this stuff, Warriors Orochi 4 Ultimate doesn’t quite do enough for me.

Related reading: Our review of the original release of Warriors Orochi 4.

I think the issue is that the base game is already more than big enough. With 170 characters and hour upon hour of story questing, it was a game that already felt like it was never going to end. When it did, it was satisfying enough, especially given there was plenty of replay value already in there by virtue of the massive roster. Orochi 4 Ultimate only adds seven new characters to the mix, and two new chapters to the story mode. Unfortunately, while those characters are the likes of Achilles, Joan of Arc and Ryu Hayabusa, and therefore all cool, it’s hard to shake the feeling that given they were all base characters in the previous Warriors Orochi 3, they should have been base characters here too. Similarly, the story mode stuff does adds more story, but doesn’t do anything that feels necessary to the existing lore and overall narrative experience. To put it bluntly, it does feel very “tacked on.”

The other major new feature is an “Infinity” mode. It basically works like a narrative-free single player mode, where you need to clear one “dungeon” after another (randomly generated, no less) for the promise of loot and experience levels. Characters can now effectively be leveled up 1,000 times, and the strength of the weapons that can be obtained is obscene. For people who enjoy Warriors for the cathartic combat system, this will be a great feature, though as someone who comes to it from another angle – I love the characters and storytelling – this mode effectively strips out a lot of what I play Warriors games for, so there’s significantly less value for me. 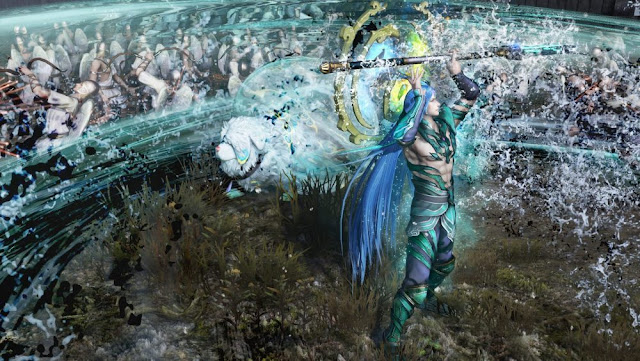 Not much has changed with regards to the on-field combat, and that’s for the best, since Warriors Orochi 4 is already blisteringly fluid and enjoyable, and didn’t really need to be changed. However, there is one exception; it is now possible to give any of the game’s “sacred weapons” to any of the characters (for those that haven’t played the base game yet, sacred weapons power the magic attacks, and are different enough that picking the right mix of them is important to success on the field of battle). On the one hand this does allow you to customise your favourite characters, and take the three-person parties into battle based on your character preference, rather than try to balance out the sacred weapons available to your team. On the other hand, the sacred weapons were a nice reflection of each character, and allowing any character to use any of the sacred weapons takes the characters one step (too) close to homogenisation, so in the end I’m not a big fan of that decision.

None of this should be confused with a criticism of the base game, however. Warriors Orochi 4 is one of the finest entries in the entire series to date, with a fun narrative that, silly as it is, does give everyone in the large cast their chance to shine. Level design, meanwhile, is always spot on to give you just enough tension and surprises as you make your way around completing objectives, while never allowing you to become stressed or indecisive about how to make your way through the levels. Best of all, however, is the fluidity of the combat, and there’s nothing quite like building up a 1,000+ combo through the rhythmical application of attacks, supers, magic strikes, and rapid shifts between characters. It’s truly cathartic, and if you haven’t played Warriors Orochi 4 before, you do owe it to yourself to experience it for yourself.

The problem is that a proper pseudo-sequel would have served Warriors Orochi 4 so much better. In my head I have a vision of how amazing a Warriors Orochi 4 Empires would be, with the light strategy and base capture elements implemented into the base game. Or, alternatively, the way Xtreme titles weave new stories into the existing material (rather than just dump another couple of chapters in at the end). With a bit more care for extending the Warriors Orochi 4 experience, without undermining the existing foundations, a pseudo-sequel would have been so much more effective than this effort to simply add more content to a game that most certainly did not need more content. 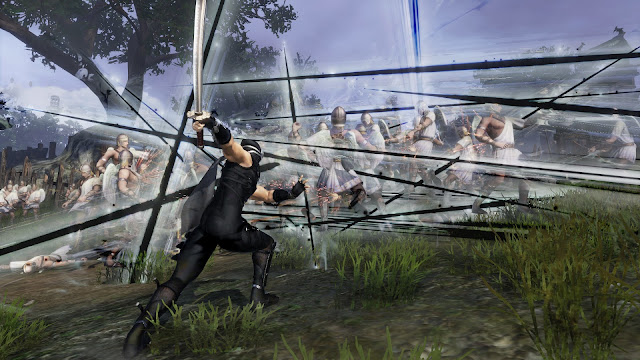 I’m in a difficult spot with Warriors Orochi 4 Ultimate. On the one hand, the base game itself is so good, and the extra stuff doesn’t mess with that. On the other hand, the extra stuff doesn’t do much for the overall experience. If you’ve not played Warriors Orochi 4 before, then you really should, and you may as well get the extra stuff available through Ultimate now that it’s there. As an incentive to come back to the base game, though, this is a disappointing effort from Koei Tecmo. Especially since it appears to be the only “proper” Warriors game we’ll get for some time now. With no new Dynasty Warriors or Samurai Warriors title on the horizon, I had hoped that this would be a bigger effort to keep me playing until the next generation of consoles roll around (I presume that’s what Koei’s waiting on now). Alas, that was not to be.

Video: Why Warriors (Musou) is so good