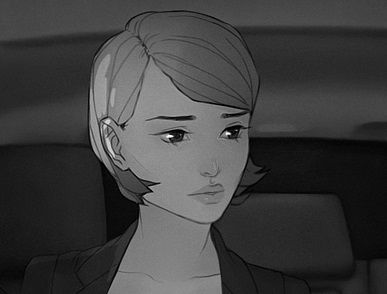 You’ll know you’ve played a Will O’Neill game when you find yourself feeling deflated, contemplative, or alternatively angry (or perhaps all these things at once). The creator of Actual Sunlight and, now, Little Red Lie specialises in crafting narratives that explore the way the social, cultural, work, and economic environments seem to conspire to reduce us all, and remove meaning and purpose from our lives. Actual Sunlight was a brilliant, short narrative for that. Little Red Lie is a far grander vision, though rooted in similar themes, and written similarly masterfully.

Related reading: The other game by Will O’Neill is Actual Sunlight. Matt’s review here.

Little Red Lie is a case study in contrasts, told through two distinct stories. One is the story of a middle class woman, Sarah, who has just lost her job, and the impact that that event, and the behaviour of her sister – who had experienced some kind of breakdown – has on the whole family. Already struggling to keep their heads above water before Sarah lost her income, the family has medical bills to pay, a house to maintain, and retired parents who simply can’t afford to continue to be that safety net that society itself won’t provide.

The other story tells us of Arthur, a wealthy man who earns his wealth by conning people into buying his books under the assumption that his wisdom will help improve their lot in life. He’s reckless and unhinged, immoral and sadistic, and yet, at least when we first see him, he’s living the good life indeed. He is very much a model of Ayn Rand libertarian philosophy, where the meek don’t deserve sympathy or support, money is the only path towards happiness and health, and so far as ethics and morality goes, anything is acceptable as long as it’s done to the benefit of the self. Sure, in both Arthur’s world view and the way he lives life himself, everyone should be free to pursue the comfort that he enjoys, but as with all Randian libertarians and ‘thinkers’, Arthur doesn’t care that the social and economic worlds are structured to support some at the expense of others, so long as he’s benefitting from it. 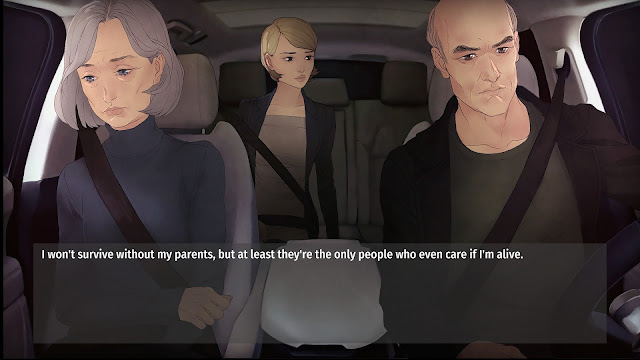 After one presentation to an enraptured audience, Arthur muses “I’m not stupid. I’m fully aware that many of these things are offensive to some people. It isn’t some wild thing to believe that there are those who sincerely and earnestly believe in affirming the worth and dignity of other human beings…

“When it makes sense to say black people are the greatest people who have ever lived, I’ll say it.” In the current environment where certain ‘provocateurs’ get invited to do highly paid presentations to governments and in public under the guise of ‘free speech’ because they ‘say a lot of things that make sense (to their captive audience),’ Arthur’s characterisation is something that hits home, sharply, and often.

“To say ‘I love you’ one must first be able to say the ‘I.’” Ayn Rand’s fundamentally selfish outlook on the world is masterfully spun into a despicable creature in Arthur that we’re never meant to sympathise with. But – and it’s a big but – we only know that because we’re privy to his personal thoughts. The title of the game “Little Red Lie” is all about the fundamental dishonesties that we present to the world – and rationalise to ourselves – in order to distract from something unpleasant or grapple with the really great issues. Whether it’s Arthur’s willingness to indulge the hatred of his audience towards a minority in order to sell more books, or Sarah’s own far lower scale lies (but equally impactful on those around her), the core tenant in Little Red Lie is that everyone does indeed lie, and those lies are, ultimately, a mechanism for coping for the way the world is set up around them. 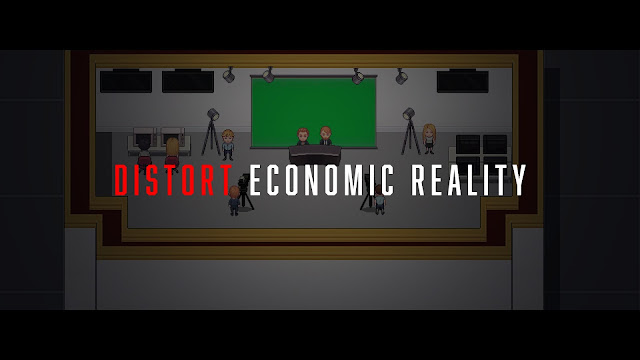 There’s always the sense with O‘Neill’s games that the real character – and most certainly the antagonist of his stories – is the world itself. It’s not just an environment to wander around while waiting for the next narrative switch to be flipped. It’s a space – or series of spaces – that conspires to drive people into destitution. There’s no way to fight back or break away from those environments. They’re ever-present and irresistible. It’s easy to get the sense of futility and impotent frustration from the way his stories are framed, and it’s hard to walk away from something like Little Red Lie without feeling downbeat about it. When I played the game’s original release on iOS, I had to work through it in tiny chunks at a time, mostly because it could get overwhelming otherwise. Upon replaying it on PlayStation 4 it remains potent and an emotionally relatable experience; not that I’ve ever been as destitute as these characters, but I’d be surprised if at least the seeds of most of the game’s themes haven’t been planted in people’s minds at one point or another, because we do indeed all share the spaces that O’Neill describes through his games.

Cutting between the two stories of Arthur and Sarah like chapters in a book, O‘Neil’s complex and deeply downbeat narrative works hard to expose the fundamental injustices in the system, but also highlight that the capitalist, consumerist society that we live in is a beast that ultimately consumes everyone. It does this without a hint of decadence in its own production, and this was important for the game to retain its sense of honesty and integrity – were it to look like a big budget game, it would have struggled to resolve its budget with its message. The graphical engine looks and feels like an RPG Maker project, there’s no actual “gameplay” to speak of, and even compared to most visual novels, this one’s heavy on the text. One sign that the game is a more ambitious project than Actual Sunlight is the full-screen art scenes that will pop up here and there, usually to emphasise a particular character trait or highlight a scene when it’s too difficult to describe through words. For example, our introduction to Arthur centres the image on his obese gut sticking out from his suit, making sure that we understand the decadence the character stands for. These pieces of art are stunningly drawn and perfectly enhance the story that’s being told around it.

Of course, this isn’t a game that you should be playing for its “gameplay” or “production values” and you can be sure a number of people will dismiss it on that same basis. Those that do that are being every bit as ridiculous as dismissing a book because it doesn’t have pictures in it. One criticism that O‘Neill has well dealt with this time around from his previous game is the criticism that Actual Sunlight experienced for being “too short”. Little Red Lie is a far more substantial work (or at least, that’s how I perceived it to be), owing to its dual narratives, and that works to the game’s benefit, as O‘Neill has, this time, given himself the room that he needs to really explore his ideas. 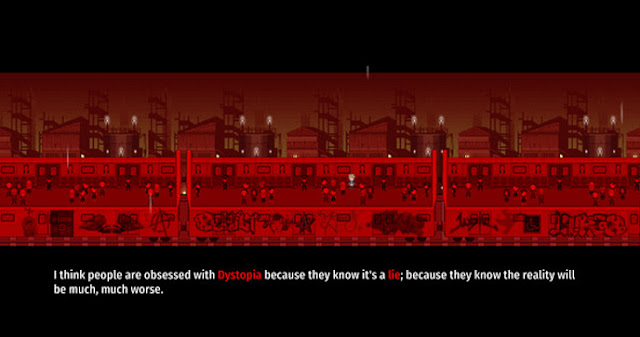 Actual Sunlight was tragic. Little Red Lie is closer in theme and tone to raw, unfiltered anger. It’s a yell of frustration at a world that continues to prop up the immoral and unethical, and drive the good people into the dirt. It’s a game that highlights and explores problems in just about every facet of the world we live in and experience, but it has no solution, which only adds to its sense of impotent rage. You’ll feel deflated – if not outright miserable – after playing it, but it’s also a truly masterful example of writing and storytelling, and it’s the kind of game that people should play, because it will prove to be genuinely challenging and, hopefully, encourage them to think a little more critically of the world around them.

Video: Hands on with Under Night In-Birth Exe:Late[st]