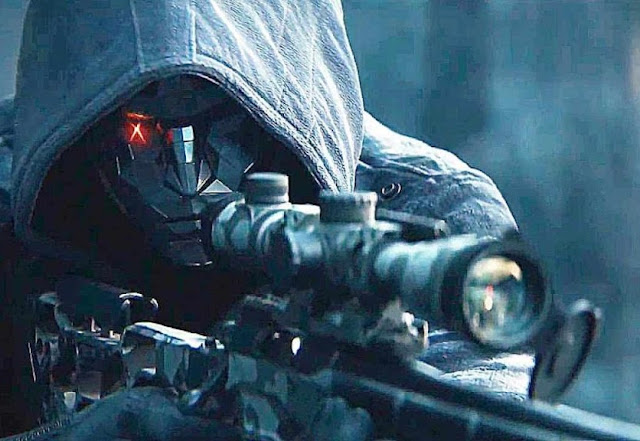 Yes, I’m reviewing a shooty shooty bang bang. Perhaps an even bigger shock is that it is one that I genuinely enjoyed. Sniper Ghost Warrior: Contracts is not even the most high profile or critically lauded in its genre this year, but then given that so many people managed to find a lot to like about a vile bit of American military propaganda, I’m not sure being in the minority in preferring Contracts is a bad thing. It’s not flawless by any means, but there there is skill… an almost elegance… to the sniper rifle that has always made it a source of morbid fascination to me, and games that choose to focus on this particular weapon I find equally curious. Contracts gets that much very, very right.

But first, I had to go through a short period of extreme frustration at the outset when the opening chapter of the game involved making my way around with nothing but a pistol. It’s a sequence that doesn’t run for long, but it does leave the impression that the developers weren’t entirely confident in their game being a pure-play sniper game, right from the start. Instead, they work in some narrative nonsense about having to go find my air-dropped equipment before I could get my hands on a sniper rifle. Given that I had just been air-dropped into the same conflict zone it struck me as surprising that I could not have had my weapons dropped in next to me, but that bit of silliness is nothing compared to the body suit that my protagonist is wearing. It’s a full suit that not only allows the shadowy organisation that has recruited my services as a mercenary to speak with me, but it’s also a suit that lets me “upload data” from specific spots on maps (thus apparently explaining why save points are limited), and allows me to survive and recover from extreme falls and being shot. I don’t know why the developers felt the need to come up with an excuse for every video game thing Contracts does, and if anything by drawing attention to it all they broke the suspension of disbelief down to a far greater extent than they would have by just ignoring it, but there you go.

The story is just as silly from end to end, mind you. Siberia has broken away from Russia to become an independent nation, and you’re tasked with going into the newly volatile region and stirring up the viper nests by taking down key marks and looting through computer systems for intel. Putting aside the ridiculous premise (which is nowhere near as rancid as the flag-waving nastiness from Call of Duty, though by no means is this game above criticism for the ideological position it represents), the narrative is good for the former, but not so much for the latter. If you’re a highly trained mercenary sniper, then scouting out an environment, sneaking up to a vantage point and taking a shot from an 800-meter range is exactly the kind of thrills you should be expecting. Sneaking around a compound and using automatic weapons to clear it of goons so you can hack a computer system is not.


Sniper Ghost Warrior: Contract’s biggest issue is that it’s far too beholden to the way all the other modern shooters work. The developer has borrowed ideas from Far Cry through Call of Duty, and on to Hitman and whatever EA’s one is called, so that the team could make something that resembles those other games enough to be comfortable for the stock standard shooter fanbase. It also does none of that as well as its rivals, let alone better than them. What would make for the truly compelling sniper simulation would involve half an hour of careful recon and positioning in order to take one shot. There should be none of these other objectives. A sniper would be – and should be – the last person that gets in fist fight range with the enemy, and they’re not the ones that need to hack computers or generally behave like commandos. This is a game that is constantly at cross-purposes with itself. It has a brilliant sniping system, but, terrified that players might find that boring, has thrown in far (far) too many opportunities to run-and-gun and stealth like every other generic shooter out there.

Unfortunately, this means all kinds of other compromises have been made to the gameplay to ensure that you cannot rely on just your sniper rifle to get through Contracts. Half the objectives are housed within environments where the sniper rifle just won’t cut it. You’ll need to go in and play through the laboured stealth sections (complete with AI that feels like a bad clone of an old Metal Gear Solid), because the targets are deep inside. From the very first level there are enemies that wear helmets and are therefore resistant to the sniper rifle. as a single headshot won’t kill them, nor will a bullet most other places. You need to either take them out with a standard gun or sneak past them, because the sniper rifle’s reload is so slow that the enemy gets the chance to raise the alarm if you try to take them out that way. Rather than do the advisable thing and build a game around a single weapon, and make sure that environments and enemies encouraged players to learn how to really use it, the developers of Contracts again and again dilute their work by relying on the same old, tired, and exhausting tropes that we’ve seen in every other military shooter.

When you do get to use the sniper rifle, however, it is such a good experience and the opportunities to use it were frequent enough to see me through the game’s relatively thin playtime (about 15 hours, I calculate). Using the binoculars to carefully spot and mark enemies, before making your way to a good vantage point, carefully accounting for the wind (thankfully, your suit provides a guide to the effect that wind will have on the bullet’s trajectory over a long distance), and then holding your breath before pulling the trigger is exhilarating. The grotesque little cut scene of the bullet travelling the vast distance to plunge right into your target’s skull is viscerally satisfying as a display of precision skill. It takes a while for Contracts to really get going because at the start the targets are a modest distance away, but there really are plenty of tense, exciting, and rewarding moments are those when you’re getting one shot at a target 500 metres or more away later on. 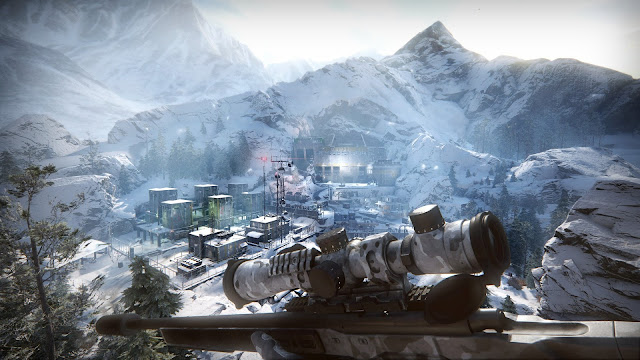 Sniper Ghost Warrior: Contracts feature a number of large-ish open worlds, and for me this was the single biggest failing of the game. Creating the right kind of tense sniper experience requires that the developers can predict certain things about player behaviour. The set-pieces, in other words, need to be carefully tuned and choreographed. Open worlds are the opposite, and offer a sandbox free-for-all that sacrifices design for scale. Contracts didn’t need the sense of scale that an open world provides (and it comes nowhere near what a Red Dead Redemption or even Hitman offers there anyway), but certainly needed the careful tuning of set pieces. As it stands the open world features feel like they were shoved in there to make the game fit with what the other AAA-titles are doing, and that’s a shoddy reason to do anything.

With all of that said and done, Contracts really is entertaining. The bugs tend to be more amusing than game breaking (and there’s already been one patch that substantially helped there). The plot is on the right side of nonsense that you’re able to throw on headphones and just chill out to your favourite music rather than bother paying too much attention to it. That sounds like a flaw, I know, but coming off the back of so many narrative intense JRPGs, and the likes of Death Stranding, Shenmue 3 and even indie stuff like Tokyo Dark, having a dumb shooter that didn’t actively annoy me was refreshing indeed. And that sniping action really is so satisfying.

One thing is certain about the Sniper Ghost Warriors series: CI Games is slowly bringing this franchise, kicking and screaming as it is, into a niche of its own. The early titles were horribly rough. This new one still betrays a lack of confidence in really breaking away to do something unique, but it’s getting there. I hope that one day CI Games wakes up to the fact that people are coming to this series because they want sniping action, not yet more open world Tom Clancy blended with Call of Duty. As it is, there’s more than enough of the sniping action to see the game over the line, but at times the successes of Contracts do feel like they come despite the development team’s best efforts.

Game of the Year 2019! The Art Direction award