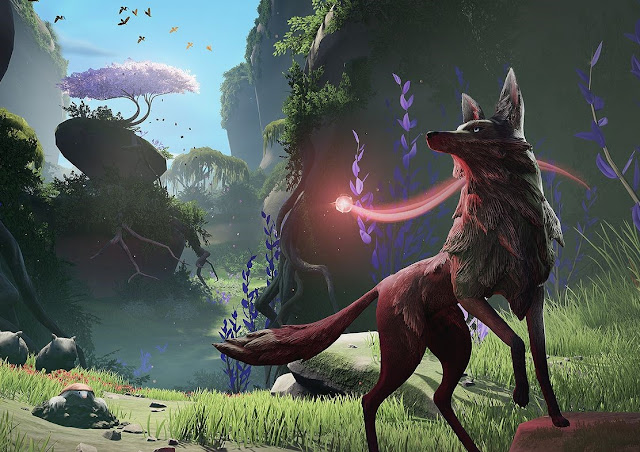 Damn it, I so badly wanted to love Lost Ember. It’s a beautiful and heartfelt project that weaves together concepts of ancestry and memory, nature and preservation, and does so in a completely non-violent manner. It’s a game of exploration and discovery, and it is truly magnificent in its art direction. Sadly it ends up being very shallow, and clearly constrained by budget and, perhaps, the experience of the developers. Combined, those are difficult issues to move past.

In Lost Ember, you play as a wolf, who needs to explore a world that is now completely absent of humans, and piece together the story of why all that is left of that society is ruins. This set-up, simple as it is, is a play on a wide range of storytelling traditions. It’s a riff on the concept of the spirit animal, only in this instance the spirit animal is the one being guided. It offers an animistic spirituality, with the wolf ultimately desiring to take his place in the heavens, though the game sidesteps specifically name dropping any particular religion and instead offers a concept of heaven that applies almost universally. For all its set up, in execution it’s a simple story of the soul, morality (the wolf isn’t in heaven because, we’re told, of acts he did while alive as a human), and the interactions between humanity and the world around them.

Helping to guide the wolf across the various different wildlands is a fairy spirit with a weirdly British accent, and herein lies the first issue with Lost Ember. I think the voice actor was aiming for a performance somewhere between David Attenborough’s wildlife lectures and something akin to Virgil touring Dante through the layers of hell. As the wolf explores he comes across these puffs of smoke, and after howling a little before them, summons up a little scene that slowly explains the tale of how the wolf spirit ended up as a wolf spirit. As a guide through this kind of purgatory, however, the British fairy delivers a supremely unfit performance, and I was left with the impression that the developers simply grabbed him because that’s all they could find (and it was no surprise to me whatsoever to find that this is his one and only voice credit on IMDB). Sadly, as the most significant human voice in the entire experience, and such a present one at that, this fairy character really needed to be the emotional grounding and resonance as the storyteller… and I found him more irritating than Navi from The Legend of Zelda: Ocarina of Time. 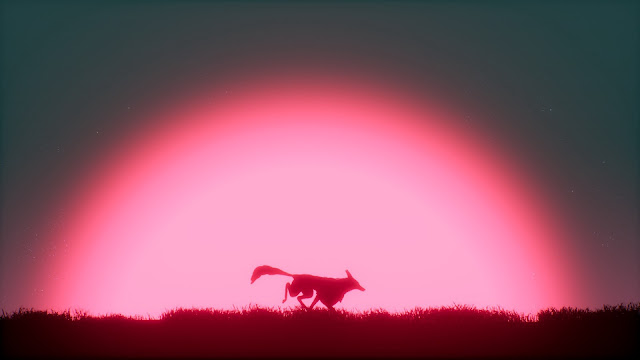 While the world of Lost Ember is expansive, it’s also very empty, and what puzzles there are don’t involve doing much more than teleporting the wolf’s spirit into a bird, fish, or wombat so they can fly, swim, or crawl into spaces that the wolf can’t access himself. These puzzles are signposted and clear, and while the various animals in Lost Ember are adorable (some of which even have action buttons for useless activities, like sleeping or munching on some food), not nearly enough is done with them as a mechanic to make me want to spend any more time with them than was necessary, before turning myself back into the wolf for the other 99 per cent of the experience. There was also some truly astounding limitations placed on these other animals that was nothing short of immersion breaking. When I see birds taking flight and freewheeling around, to take control of one only to discover that they’re really restricted to a single altitude and glide is sad. Yes, it’s mechanically understandable since being able to fly over all terrain to each objective would have really limited Lost Ember’s experience, but the developers should have thought of that. Promising players something only to restrict it is not the way to do game design.

Given how empty and expansive the world is, Lost Ember really should have considered doing more with the key scenes. Every time you run into one of those you’re presented with the mirage of a series of “statues” that are poised to tell the scene, with some voice over and the fairy guy explaining everything for you, just so you don’t miss any of the meaning. The idea isn’t such a bad one – Everybody’s Gone To The Rapture used a similar technique to great effect – but here the execution is laboured. I could almost see the game engine cutting these “statues” in and out as the cut scene required. Beyond its far more refined moments of storytelling, Rapture also had the benefit of offering a truly intriguing and unsettling world to explore and discover, while for all of Lost Ember’s scope and beauty, it really is that empty that most people will simply beeline from one plume of smoke to the next.

There are little unlockables and collectibles to find along the way, if you’re so inclined, but the reward for doing so is minimal. One half of the collectibles are mushrooms, which do absolutely nothing and are clearly, explicitly there because the developer felt the need to give players something to do. The other half are artefacts from when humans were around, but these “relics” aren’t much better than the mushrooms. A couple of lines of stock-standard text for a description hardly makes for a Dark Souls-like experience where you’ll scour the world for these items just for another tidbit of lore. 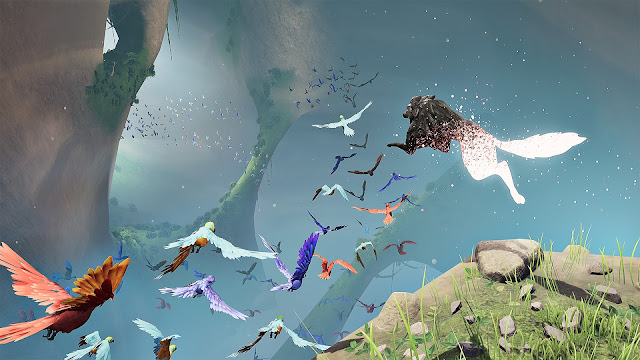 Ultimately Lost Ember doesn’t do nearly enough to back up its strong premise, either. It offers a stock-standard idea of morality and spirituality, the scenes that it depicts are stock-standard explanations for human conflict, and the environmentalist subtext is pedestrian. In a world where climate change threatens us all, and there is the very real likelihood that major conflicts are about to break out over limited resources, failing ecosystems, and starving people, we really didn’t need another narrative to throw its hat in the ring with a treatment of the challenge so pedestrian that it’s far too easy to gloss over as old news.

Lost Ember has its heart and soul in the right place, and every time I discovered a new area I was left amazed with the gorgeous vistas and intense beauty of it all. I also greatly appreciated that this is one of those games that respected my time and, large as its sense of scale is, is over quickly for anyone who doesn’t want to waste time hunting down the collectibles. However, the initial goodwill I felt for the game evaporated quickly when I realised how shallow it really was. I can’t see myself remembering this one, or coming back to it to play it again, and that’s a real pity.