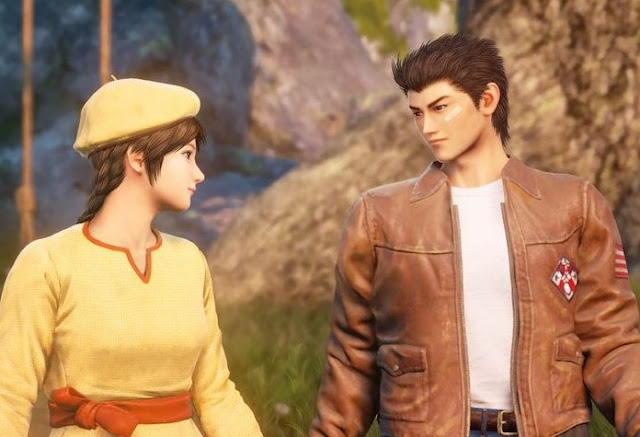 The development story behind Shenmue is a long and convoluted one, and well known enough that I’m not going to repeat it here. What is pertinent is that, many years after SEGA pulled the plug on the series, leaving it on a narrative cliffhanger with Shenmue 2, Suzuki Yu was finally able to give fans hope by successfully taking the third chapter to Kickstarter. Thankfully, this game has turned out better than I could have dreamed, and sits with the likes of NieR: Automata and Death Stranding as one of the most powerful bits of “big budget” art that I’ve played on my PlayStation 4.

Related reading: Shenmue 1 & 2 are available on PlayStation 4 as well. Here’s our review of that package

The thing that immediately struck me about Shenmue 3 is just how theatrical it is. Theatre is different from cinema. There’s a different way that stories are written, and performances need to be approached differently. Where cinema aims for a naturalistic flow, theatre has a rhythm that’s more deliberate. It’s almost stilted, without being stilted. There needs to be a crispness to the way that lines are delivered because in comparison to cinema, theatre relies on the spoken word to a much greater extent. In theatre, everything from the construction of the setting to characterisation needs to be delivered through the spoken word, and that in turn means that plays are written far differently to how films are written.

Most games aspire to be cinematic in quality, and that makes sense since games share many of the same qualities as film does. Developers aren’t restricted by a metaphoric “stage”, and have a full range of movement, props, and “camera angles and cuts” to work with. Shenmue 3 does aspire to be different, however. Though it’s a large game, it’s restrictive in scope, as though Suzuki and his team wanted to build a virtual stage for the story to play out. Furthermore the narrative rhythms work just like you’d expect from theatre. Suzuki’s script is filled with repetition, conversations are the dominant way through which the narrative is pushed forward, and even the fight scenes take place in staged arenas, just as though you were watching Hamlet and Laertes have at one another.


In challenging the normal way that game narratives are told, Shenmue 3 immediately establishes itself as an outlier that a lot of players will struggle to get along with. The deliberate pacing slows the action right down, and that is part of a ploy by Suzuki and his team to encourage you to settle into the world, but will come across as unsettling for people used to more kinetic energy in video games. Anyone coming in expecting something akin to a Yakuza title (which is perhaps not unreasonable, given that the heritage of Shenmue led to Yakuza’s creation) will quickly find that Shenmue 3 is an open rejection of Yakuza’s steps forward for the “genre”, and that may well be off-putting. Indeed, aside from the established Shenmue fans, it’s difficult to picture much of an audience for Shenmue 3, which renders the “catch-up” video option in the main menu for people who hadn’t played the first two rather moot.

The vintage Shenmue experience is preserved in all its entirety. There’s the need to be at certain locations at certain times, and a relative dearth of things to do outside of following the narrative breadcrumbs. Where Yakuza took great joy in piling on the side stories and minigames, in Shenmue you get a couple of simplified gambling games, a couple of minigames to build up protagonist Ryo’s fighting level and earn some money, and a couple of QTE-like games that you find in “arcades” that are, you have to remember, set in regional China in the ’80s. Those side distractions are a very temporary distractions indeed, but again that works to the game’s theatrical strength in ensuring that the narrative pushes along at the right rhythm. The Yakuza series doesn’t rely on rhythm. It’s too busy representing the energy and wealth of activities available when living life in a big city. Shenmue’s reflective and emotive narrative can’t afford to let you lose your train of thought.

Nothing about Shenmue 3 really plays that well, either. The combat system – the main time that you’ll be asked to play Shenmue, is laboured, and quite arbitrary in difficulty. You’ll go from being beaten to a pulp by an opponent to spending an (in-game) day training to level up, and then wading through the fight without needing to think. There’s a rich combo system in there and the heritage of Shenmue, originally being an attempt to turn Virtua Fighter into an adventure game, remains. It’s just not the engaging combat system we expect in a world that now has the hyper-refined, counter-heavy and visceral likes of Assassin’s Creed, or the playful creativity with violence of the Yakuza series. On the other hand, this is also exactly what Suzuki wanted because, again, his game is theatrical and the staged, props-minimal combat of Shenmue 3 fits with that theme. 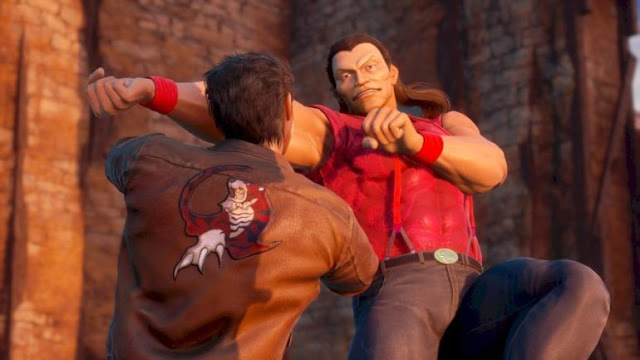 Every corner of the world in Shenmue 3 is gorgeous. While the couple of locations in the world are fairly small (and it’s amusing to hear characters talk about an area being “far away”, but really it’s just a couple of minutes walk down a path), they are laid out impeccably and there is a wonderful sense that you are participating in the small communities of regional China. Each of the townfolk have their daily routines, and it soon becomes a comfortable habit to wander past the old fellow that whiles away his remaining days on a bench near the town square, or to drop in with the martial arts-obsessed girl for a quick spar as part of her morning training ritual. None of these characters deviate from their daily routines, so there is a sense that the routines are artificial but, to keep coming back to this theme, that artificiality does fit within the theatrical aesthetic and tone – the world is filled with highly rehearsed actors, playing out their roles.

The eye for detail within the game is quite spectacular, too. I loved simply wandering around town after a rainfall, to soak in the glistening pools of water in the mud or on the roads. Every character has their own distinct personality and quirks… and many of them are quirky indeed. There is the occasional moment where the suspension of disbelief is broken, clearly as a result of budgetary limitations. At one point I had to chat to an old guy with a pipe smoking habit, and he kept shoving the pipe through his lower lip – ouch. But those are rare. The point is that the elaborate settings are filled with characters that you’ll get to know, and that is much more impressive than what we get from the largest open world games, filled with mute crowds that you’ll never want to, nor be able to interact with. Everything in Shenmue 3 has purpose, and it makes for the more cohesive experience for that reason.

Coming off the back of Death Stranding from a couple of weeks ago, I’ve been really glad to see two separate, genuine artists find a way to deliver their uncompromising vision, at a scale beyond what most indies can manage. Neither were ever going to get close to universal appeal. Death Stranding’s core themes being too academic, and Shenmue 3 being too theatrical, saw to that. Let alone the willingness to put thematic integrity ahead of “playing well” when the game’s ideas simply didn’t match up with expectations of modern blockbusters. But art with universal appeal is not art. It’s content. Art finds its power through challenging and taking risks, and both Shenmue 3 and Death Stranding are kindred souls in that regard. 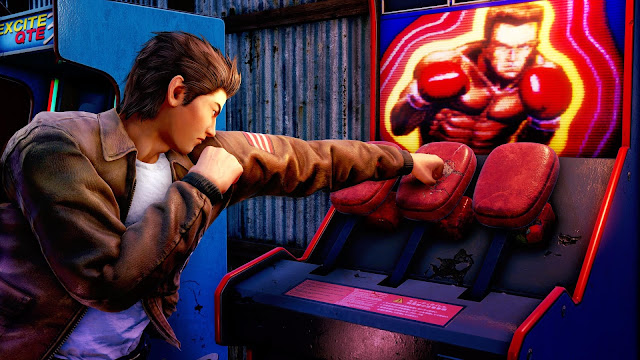 Shenmue 3 won’t disappoint fans of the first two. But that’s almost secondary to the real story here. Shenmue 3’s real strength is in the way that it suggests a different way of looking at the very storytelling of videogames. It challenges the idea that a game’s value is in it aspiring to be “cinema”, and it provides a pretty compelling argument for the alternative, too. On a personal note, as a fan of both theatre and Shenmue, this game is effortlessly my pick of what has been a very good 2019 for the creative side of videogames.