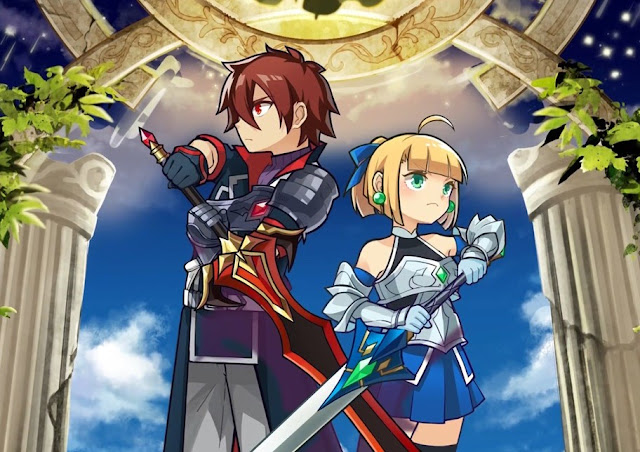 Just yesterday I wrote a review for Black Future ’88, a game that I criticised for being far too beholden to the indie trend of making everything into a “roguelike.” Well, Black Future ’88 looks like a masterpiece of innovation when compared to Labyrinth of the Witch – a traditional roguelike that does absolutely nothing to differentiate itself from the original Mystery Dungeon roguelike. Which, for people playing along, was back in 1993, for the Super Nintendo. It would be quaint for being so traditional if there weren’t so many of these games already out there.

Hell, the Nintendo Switch itself has the very pinnacle of the genre already available for it. Chocobo Mystery Dungeon: Every Buddy is everything that Labyrinth of the Witch wishes that it was. You take control of a cute little protagonist (though Chocobo Mystery Dungeon, starring Chocobo, can’t be topped there), and then go into randomly-generated levels, fighting a gauntlet of cute, but increasingly difficult enemies, with a boss battle thrown in every so often. However, it’s worth noting that while Chocobo Mystery Dungeon’s gauntlet is a treasure trove of classic Final Fantasy enemies and bosses, Labyrinth of the Witch’s is generic pixel anime stuff. It’s still cute, but it’s oh-so-vanilla. 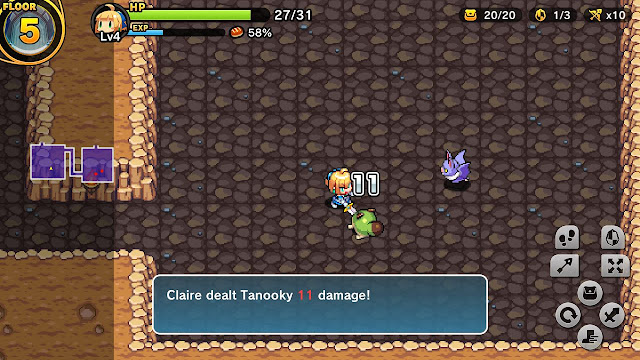 Perhaps it is unfair to compare a humble little indie roguelike to something that Square Enix itself produced, but that’s the problem with Labyrinth of the Witch – humble little indie games need to try and do something to differentiate themselves. The great thing about indie development is that there aren’t the same commercial demands on projects, so they can be more daring, more creative, and more innovative. For a indie roguelike to place itself in direct competition with a Square Enix JRPG, by doing the exact same thing as that JRPG, is asking for punishment. And yet that’s exactly what Labyrinth of the Witch has done. There’s no effort to tell a dramatic story. No subversion in the mechanics. No effort to do something unique with the visuals or the music. This is as safe as the genre gets, and as such the comparison to those bigger games that do it better are fair.

In fairness, Labyrinth of the Witch does work well. The difficulty level is stiff (as you want from a roguelike) without feeling unfair (which has let down more than a few roguelikes in the past). There’s a good range of loot to pick up and play with, and the permadeath feature is not too punitive. Every roguelike needs to strip your character back to level 1, and take the spoils away from them, if they die in the dungeon, but in Labyrinth of the Witch you actually get one revive as a second chance, and if you die a second time, you will be returned to level 1, but you’ll get to keep the equipment you were holding. And, as an added bonus, you’ll be able to restart the dungeon from the midway point if you got there before your character died. They’ll start at a reasonable level if you take this option up, and it can save you a lot of time from having to replay the earlier levels over and over again.

There are also a couple of nice variations on the basic dungeon crawling, such as a speed run mode and a puzzle mode. These, too, were features in Chocobo Mystery Dungeon, but the variations are welcome even if they’re not exactly creative. On the other hand, Labyrinth of the Witch’s attempts to get you to replay dungeons are terrible pull-overs from mobile gaming. Clearing a dungeon will net you from one to three stars. You’ll get one star for simply clearing it, but additional stars by limiting how you play. Clearing a dungeon without using items, for example. 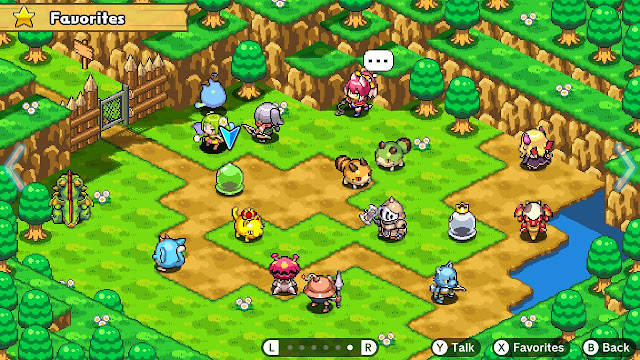 I really don’t enjoy this approach. If someone wants to challenge themselves to a “no item” run, then that’s on them, and no doubt they’ll get a sense of personal satisfaction from doing so. To attempt to force players into playing in a restricted manner in order to properly complete the game is a recipe for fatigue. Mobile developers get away with it, because in the mobile space the goal is simply to get players playing for as much time as possible, and the challenges, such as they are, are over in seconds. Games like Labyrinth of the Witch are meant to have compelling gameplay loops that last for a period of time, and to restrict players from making the most of that loop means dulling the game right down for far too long.

There’s nothing offensively wrong with Labyrinth of the Witch. It’s a cutsey Mystery Dungeon-like roguelike. There are already so many examples of that genre, though, and the Nintendo Switch didn’t need another one whose only innovation was to bring a mobile gaming grind to proceedings.