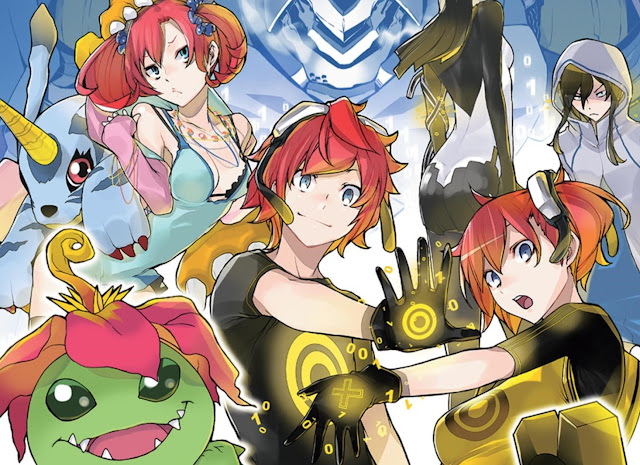 Of all of the clones that Game Freak’s Pokemon has sparked over the years, the Digimon series was perhaps one of my favorites. Existing in a world side to our own, but very much real and able to affect ours, the Digiworld is a place where vast imaginations can see reality. As a re-release of both Cyber Sleuth and the side story of Cyber Sleuth: Hacker’s Memory, there’s now plenty of this awesome universe packaged into RPG goodness to be found on the Nintendo Switch.

Being upfront, if you’ve already played Cyber Sleuth or Hacker’s Memory, there’s nothing really new to the Complete Edition. The development team did not take the opportunity to add bits and pieces to make the Switch release unique. Nonetheless, it is a treasure trove of a package for first time players.

In Cyber Sleuth the protagonist becomes an assistant detective and searches for a way to get back to their real body which their “digital self” has been extracted from. Taking on cases and working with a detective for help, the protagonist needs to buddy up with a wide range of Digimon in order to make their way through this cyber realm. Meanwhile, in Hacker’s Memory, your protagonist dives into the digital world in order to get an account back that had been stolen by a well-known and powerful hacker. You’ll get yourself wrapped up with a Robin Hood-like group of hackers within this world, and get another look at the world you got to lover through Cyber Sleuth. 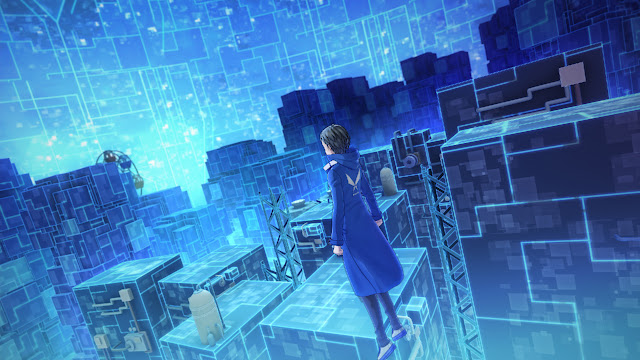 While each entry doesn’t really do anything innovative from a gameplay perspective, they both host a solid monster collecting JRPG base with plenty of Digivolving and Devolving to keep you busy as you progress through either story. Digimon, for those that it may be new to, are digital monsters that can evolve into more powerful forms just as easily as devolve once their power runs out. It can become more complex than the rather limited approach to evolution we see in a Pokemon title, but to make the process a bit easier in this regard, there’s an encyclopedia to tell you which base versions lead to which more evolved forms and what you need in order to get there.

A Digimon will have to have obtained either a certain level or a certain number within a particular stat for a certain evolution to be unlocked. It may be a combination of both. It’s a system you’ll need to become quite familiar with, however, as combat does have a difficulty curve that can be punishing to players with a party that isn’t optimised. Getting new Digimon, meanwhile, isn’t as easy as finding them on a map and catching them. Instead you have to face off against them, and each time that you do, you scan a bit more of their code in order to replicate it yourself. Once you’ve scanned a Digimon up to 100 per cent, you can make one of your own, or, you can scan them up to 200 per cent in order to make a more powerful version. It is a more grind-heavy way of doing monster acquisition than rival titles, but it’s generally handled well for what it is.

Both titles in the collection share the same mechanics, but each adventure has its own vibe and sets of characters that make it worth playing through both. The ports of both packaged together runs fantastically either in full screen mode on the TV, or on the go once you’ve taken the Switch out of the charging cradle. 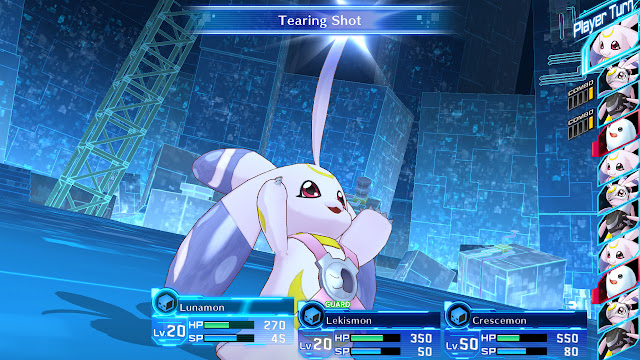 For players that have yet to play either of these two titles, this package is more than worth picking up as it comes at a great price for two separate titles. Whether either is worth a replay or not is debatable, however. This package came at perhaps the wrong time of year, given how many other great JRPGs (and Pokemon itself) have been released at the same time. These are fun little games, but they’re hardly classics.