Happy Halloween from all of us at DDnet!

I, like many of you surely, am keeping a close eye on the progress for Marvel’s Avengers. I can’t help it, I’m a huge fan (although I call baloney on no Scarlet Witch). In a new game overview trailer released today, developer Crystal Dynamics details the gameplay, story, AIM narrative, mission variety, super hero customisation, and more. Here it is:

While playing, there will be several ways to customise your heroes. Each hero will play to their own power sets, with flexibility based on the gear you’ve chosen and skills you’ve enabled. They also have dynamic combo systems, heroic moves, a special ability, and signature move sets. There are loads of costumes available, all being purely cosmetic when it comes to its use. Perhaps most importantly, the narrative will progress over multiple years, with each new post-release hero or area available at no extra cost for those who own the game.

Halloween is here, and apart from all the candy, the best part of it is being able to look ahead at the next month of video games. PlayStation and Xbox have announced what titles will be free for PS Plus and Xbox Live Gold members in November. Up first, Xbox:

Those with PlayStation Plus subscriptions will have access to Nioh (time to prep for the sequel – see the next story!) and Outlast II beginning November 5 (to December 3). Nioh is a action-driven story where you find yourself besting some super fierce Japanese demons. Outlast II has you stranded in an isolated rural community, trying to rescue your kidnapped wife from a deranged cult.

Nioh 2 is coming in March, beta starts this Friday

Koei Tecmo and Team Ninja have announced that Nioh 2 will be available on exclusively for PlayStation on March 13, 2020. The open beta will be downloadable from the PS Store, and playable from November 1 to 10. If you played the original Nioh, William will be available in the beta. PlayStation also released a pre-order/beta trailer, so take a gander:

Beta players will be treated to new elements such as extensive character customisation, a new weapon, and more. The beta begins in the Interim, a safe zone where you can choose your weapons and test basic movies. The Interim is based on the Tibetan Buddhist concept of the intermediate and modeled after the Sanzu river.

After leaving the Interim, you’ll begin at a stage named Sunomata, based on the Sunomata castle. It promises to be an “interpretation of historical accuracies” combined with a decent dose of Japanese demons, or Yokai. Those who complete the beta will earn The Mark of the Demon Slayer, a reward that unlocks the Kamaitachi Helmet to use in the full game.

The PSVR version of Hatsune Miku VR has been delayed

Don’t worry, it’s not a long delay! Currently available via Steam, the PSVR version of Hatsune Miku VR was set to launch on November 12; however, the Japanese PlayStation Store now gives it the release date of December 5 in Japan. 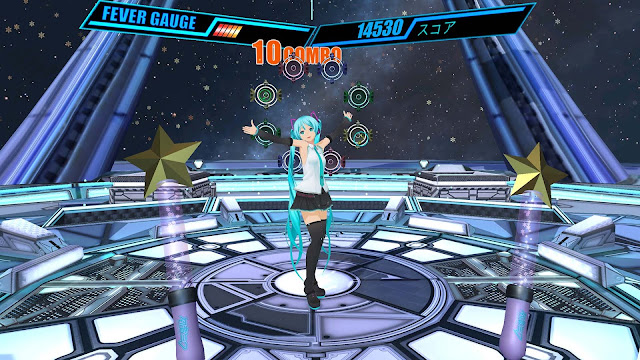 In Hatsune Miku VR, the vocaloid herself invites you onstage. There are nine songs available, including one new track (Stella by KotsubanP) and the most important track of them all, Ievan Polkka by Otomania. Also new to this addition are the Snow Miku outfit and Negi glow stick.

The rhythm-action title uses the VR controllers. There are two difficulty modes. There is also a brand new music video mode, where you can watch any song from multiple angles with a choice of stages and outfits.