Halloween is surely the part of the year that the games industry relishes the most. Making seasonal games for Christmas don’t work because you can’t sell them the rest of the years. Easter (or any other season) is too culturally-specific. Horror, on the other hand, is something that sells year-round and, on top of that, game developers are very good at the stuff horror does well – violence, shocks, grotesque imagery.

Every so often a developer will even succeed in making a seasonal Halloween game that isn’t outright horrific, too. Those tend to be the most fun of all. Now, there are a lot of horror games on the Nintendo Switch, and so, in a bid to make your spooky night all the better, please consider giving one of these ten themed games a whirl on your Switch.

For some reason I hadn’t played Night Trap before downloading it on a whim a couple of days ago, but it immediately shot up the list of my favourite Halloween games, because it combines the aesthetics and tone of the very worst B-grade horror with the most terrible FMV game-style action, and the result is the most delightful trash. You need to protect a bunch of girls from a bunch of “monsters” invading their mansion home, and you do so by flitting across CV cameras and springing “traps” on the monsters at just the right moments. It’s such a bad game. It’s so, so good. 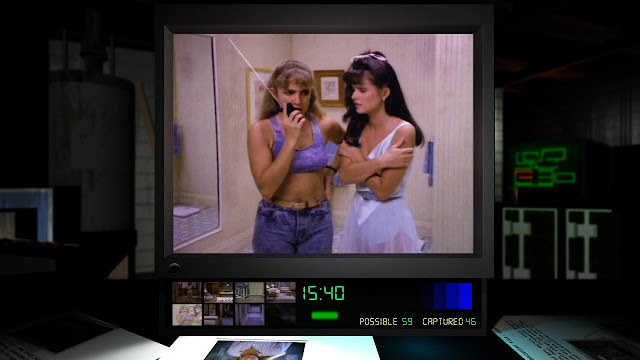 I’m going there: With most of the Resident Evil series (aside from the remake of RE2, and 7) now on the Nintendo Switch, Resident Evil 0 is the best one. I genuinely like this game. Haunted trains are my jazz, and the opening chapter, which takes place on a train, is the most memorable RE set, aside from the house of the original game itself. Rebecca is a doll, and Billy’s all hunk. Made before Resident Evil lost its way by becoming progressively more action based, and progressively less interesting, RE 0 is the black sheep of the family; most haven’t played it, but you absolutely should. 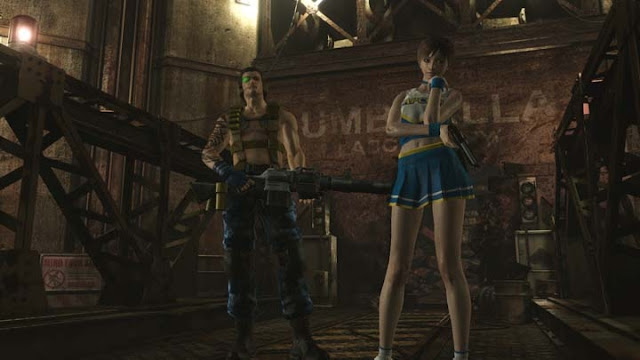 Nintendo refuses to get its overly-colourful backside off the Project Zero/Fatal Frame series (seriously, Nintendo, what the hell). Still, Luigi’s Mansion 3 is a good fill-in for the seasonal game from the house of Mario. It’s got a good Tim Burton-like aesthetic, a genuine sense of humour, and some of the most gorgeous animation you’ll ever see in a game. From Luigi’s little (and frequent) moments of over-the-top, nonsense fear, through to the gorgeous movement of the struggling ghosts as he vacuums them up, GhostBusters-style, Luigi’s Mansion 3 simply drips with quality. 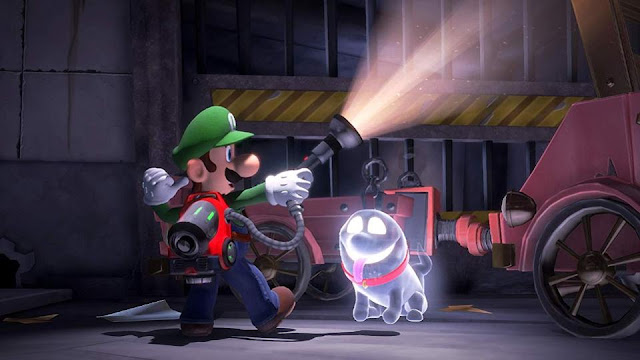 I could recommend Death Mark’s sequel, Spirit Hunter: NG, just as easily, but if you’ve played neither, you may as well start with the first. Death Mark is a special, special game. It’s a visual novel, and it weaves the most blisteringly horrific story of curses, ghosts, and tragedy that we’ve ever seen in a video game. Death Mark is also one of the rare few titles that is happy to indulge the fetishistic side of horror. Sex and horror has always been closely linked, and Death Mark’s imagery involves some… rather eye opening depictions of sex. Here’s just one scene to show you what I mean. This girl’s had her clothes torn off her by a malignant rose bush, and is now pinning her to the roof. Marquis de Sade would be so proud. 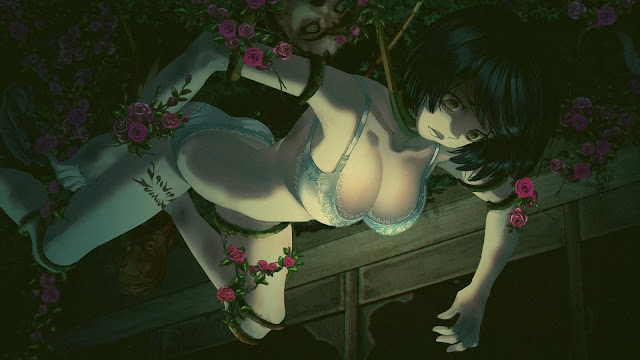 More sex and horror! This time, it’s Lovecraft meets Eyes Wide Shut. Lust for Darkness is a fascinating blend, because Lovecraft was famously asexual and Eyes Wide Shut was far too Kubrickian to be a simple monster story, but together it somehow works. The gameplay bits of Lust for Darkness are not great, but the eroticism and narrative angles more than make up for that. This is one sensuous, short game. Perfect to knock over in a single night. 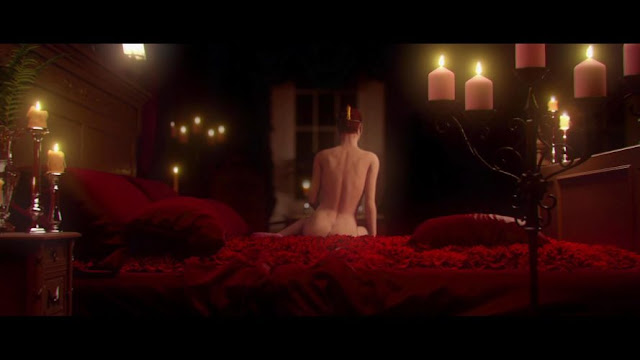 For something very different, we move to traditional Japanese horror motifs. Hyakki Castle is a riff on a Japanese storytelling tradition featuring yokai – spirit-monster things that are generally not the friendliest sort. It’s not true horror – it’s a dungeon crawler instead – but much of the imagery and monsters that you meet you would certainly recognise from a lot of Japanese horror. Also, as it is a dungeon crawler it doesn’t have the useless jump scares that make so many horror games so irritating to play for a lot of people. 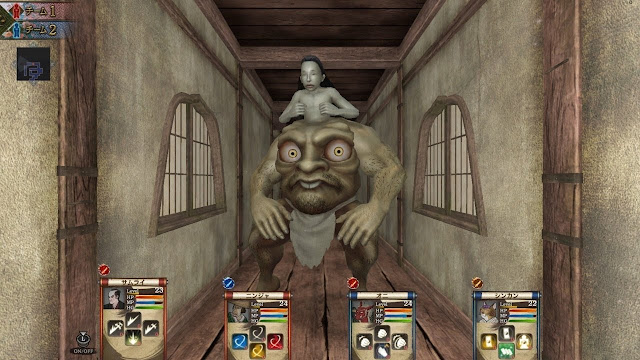 On the Nintendo Switch, you actually get both Yomawari titles in one package, which is a great deal, because these little stalker horror titles keep flying right under the radar. Unfairly so. They might look humble in appearance, but these depictions of suburban Japan, and the way the streets become the playground for the terrors of the night, makes for some compelling adventure action, and the shocks that both games throw up along the way are TRULY shocking. You’ve never played something quite like Yomawari before, and both of them in this little series will stick with you for some time to come. 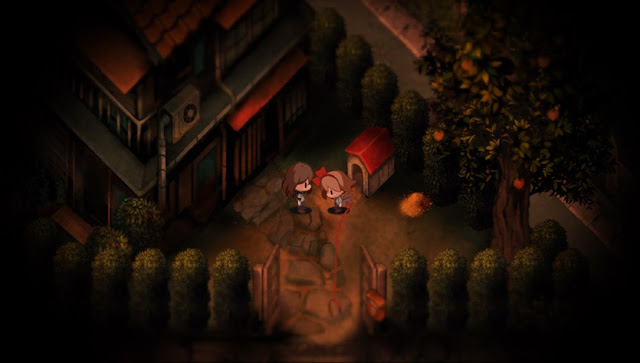 Raging Loop is a Shinto werewolf horror story, with a Danganronpa-like death game thrown in there for good measure. The irony is that in all its efforts to be so rich with its storytelling, Raging Loop isn’t that scary, but it does nonetheless do a cracking job at telling a psychological mind-bend of a story, with some real points of interest to muse on along the way. It has a vivid cast of characters, too, and though it’s a budget VN, the atmosphere and top-notch localisation help to elevate Raging Loop to the kind of Halloween experience for anyone that wants something a little more cerebral. 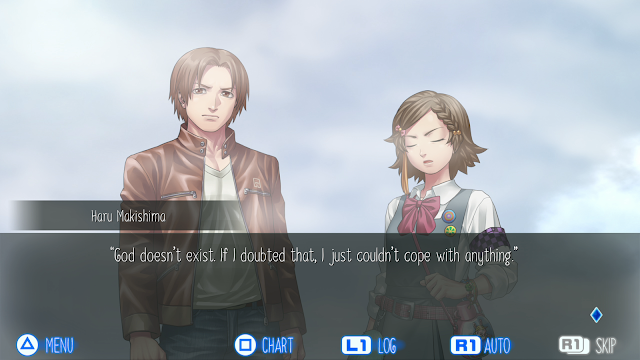 And now for yet another very different kind of horror. Observer comes to us from Bloober Team (the ones behind Layers of Fear and Blair Witch), and this is a really good example of story-driven cyberpunk horror. As is normal for Bloober Team, the focus isn’t on the action, but rather the intense places the story actually goes. Voice acted by the late, great, Rutger Hauer, Observer has a level of cinematic gravitas which really helps to drive home the game’s more emotive and shocking moments. 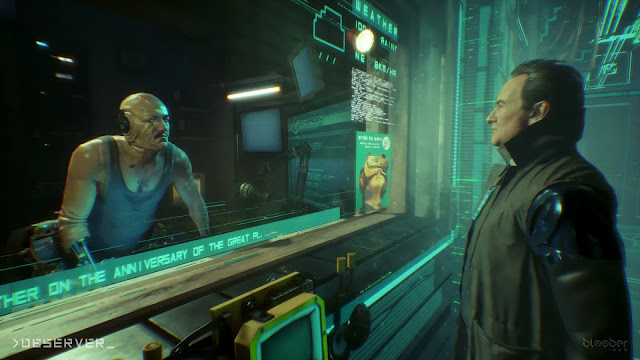 No one said you have to play horror games on Halloween, right? And on top of that, there are a lot of people that seem to be terrified at the thought of Dead or Alive, and its gorgeous women in stunning swimsuits, to the point that I actually think that this is the most edgy, transgressive, and frightening game on the Switch. It’s like that movie, Footloose, where the hyper-conservative town is so terrified of dancing that they ban it. Only here it’s digital people wearing skimpy things. Okay, and yes, doing the occasional pole dance. Avert ye eyes from the unfathomable terror, folks! 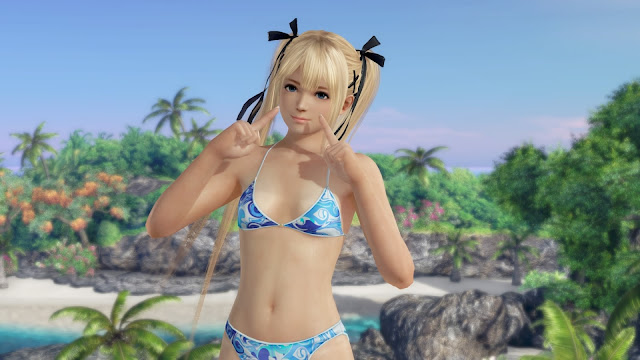 Why I can’t review Call of Duty Modern Warfare