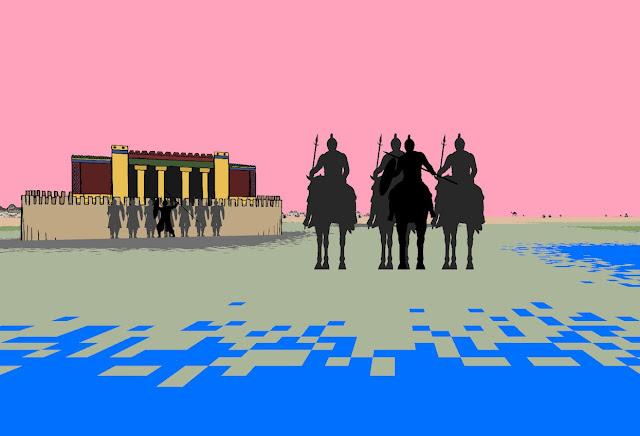 Silk is what happens when a independent developer has a wildly ambitious idea, and the gonads to actually make it. Silk proudly proclaims that it is “50 times larger than Daggerfall!” and offers “three million square miles of uncharted terrain” to explore. That sounds impressive – of course it does. There is, however, more than a few “buts” and Silk has the unfortunate distinction of being the game I’m going to pull out every time I need to demonstrate that a game’s size and scale are not inherently linked to its quality.

Silk’s title refers to its core concept; you’re dropped down in ancient Rome, at once end of the legendary silk road, and then you’re free to roam right over to the other edge – the Three Kingdoms-era China. There aren’t any corners cut in this – you really can move through the entirety of the ancient Middle East, the steppes of central Asia, and then interact with the nobles of the Chinese court, with each “step” on the map equaling about one league. It’s no surprise that this would serve as the source material for a game as massive in scope, since the silk road is, as far as the imagination goes, one of the most exotic, glamorous, and largest adventures that people of the ancient world could make. The thought of Marco Polo and others picking their way across deserts, dozens of cultures, ruined civilizations, monstrous mountains and dodging one war after another, all to take the most exotic of trade goods back and forth between the two very different worlds of Europe and Asia, is as epic as any fantasy book you might read. Any single section of the silk road is ripe material for a dazzling array of exotic stories. It’s actually surprising so few developers have taken the topic on, though to be far the scale involved in the silk road really does make it hard to build on a practical level.

So, kudos to the developers, headed by industry veteran, Chris Bateman of Discworld Noir, Ghost Master and Heretic Kingdoms fame. There is a lot to like about this game. The world is hand-crafted, rather than procedural, meaning that it’s an authentic take on the rough layout of the world in those days. You may well get yourself lost in an area of wilderness with nothing for miles around but… well, people historically did that. That’s why exploring was dangerous. As you explore, you’ll get snippets of history from a narrator that sounds like every great British documentary narrator you’ve ever heard. Those snippets are too brief to be of true educational value in and of themselves, but they add to the context of the world you’re exploring, and may just inspire some people to pick up some books to do some supplemental reading.

You might not realise it, but this is me losing then winning battles #NintendoSwitch pic.twitter.com/JV5R8zB7qr

It’s also a nice touch that you’re free to engage with the world on your own terms. You can play a conqueror, if you so wish, moving from territory to territory and subjugating the towns and cities you come across as you go. Or you can be more peaceable, and make like Marco Polo to establish trade routes and the like. Most of these first person, tile-based, Wizardry-style games are entirely combat focused, so being able to see the world through a less volatile lens is a nice change of pace for genre veterans.

Finally, Silk nails the aesthetics. The pixel environments are just enough to be nostalgic, while also being basic enough to encourage the imagination, without veering too far from the real to become abstracted and lose the real-history context. What music is in the game is minimal, but the little notes and riffs that you experience as you explore do a brilliant job of capturing the soundscape across some of the most exotic regions in the world, as far as musical tradition goes.

So there is a lot to like about Silk, from its aesthetics to sheer ambition, and the concept behind it is a noble one. However, this game does need a great deal of refinement, because at every turn it lets itself down. Most egregious is the interface. The trading system is cumbersome, for example. You’ll arrive at a location, stocked up with a supply of, say, wool, and then you’ll need to see if someone in your party can sell or trade the wool to the population of the town for silver or some other good. If none can trade the wool for something that you want, then you can’t sell the wool (or, at least, I found no way to do so), which is a big problem if you’ve also run out of cash and supplies are low. Many times I would have taken a bad deal on the sale of some trade goods in order to keep my group alive, as I have with just about every trading simulator I’ve ever played, but on more than a few occasions I’ve found myself without the right trade goods to get supplies at all. 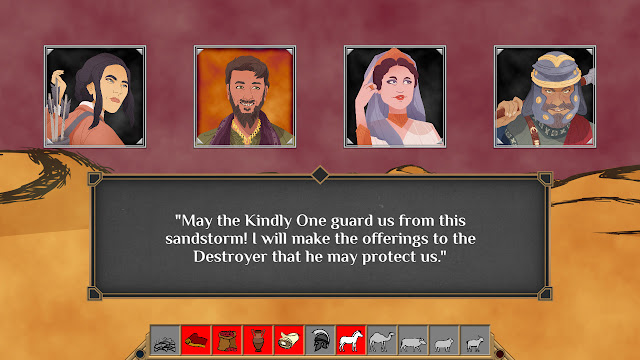 It’s also very difficult to figure out the statistics of your party (aside from vague assurances along the lines that “XXXX character has a ‘good’ rating in YYYY attribute”), and this is a problem when it comes to the challenges. Scattered throughout the world are enemies to fight, or objects to interact with, and doing so well earns you additional resources, improves the morale of the party, and so on. But when you’re faced with these challenges you’re given no indication of how successful you’ll really be. Instead, there will be a vague statement from some of your allies as to how successful they think they’ll be. You’ll just need to guess which result will work out best for you, and then hope for the best. This is particularly a problem when playing in a militaristic mindset; I had a great deal of difficulty working out just how many soldiers I needed to deal with groups of enemies, let alone hostile cities and fortresses.

The mapping system isn’t great, either. As you explore you fill it in, and little dots appear on the map to mark out cities and other points of interest, but town names and statistics are never reflected on the map. Once you get even an hour or so into the game, what is there is so unwieldy that if you want to circle back to a specific location, you’re going to hope that you’ve got a really good memory for which town does what. There’s no way to place little notes on the map, either, which would have been immensely helpful for a game that’s about exploration and moving to-and-from throughout it.

Finally, Silk can feel very aimless at times. Yes, there’s some vague emergent storytelling from simply moving through the world, but there aren’t nearly enough unique events to build a strong narrative out of that. Objectives are limited too. You’ll have one active at any given time, and it will tell you to do something within a certain number of days. Achieve that, and your party will get some experience, and the next objective will pop up. With no quest markers to help you meet those objectives, Silk does achieves the goal of making you feel like an intrepid explorer moving around lands rarely traveled, but this comes at the expense of playability, since each of your objectives has a time limit to complete, and if you’ve got no idea where to go to complete the mission. That ticking timer can become unnecessarily stressful. 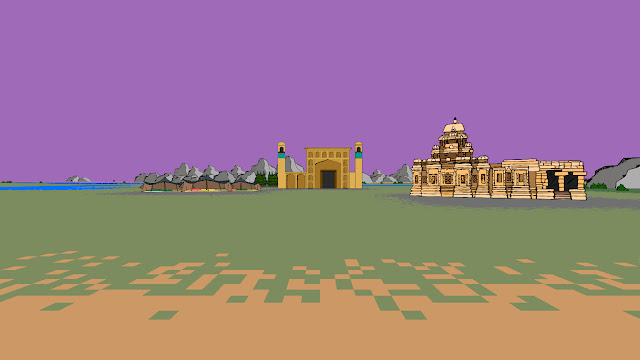 Much of this could have been mitigated if there was a decent tutorial, but Silk doesn’t have one of those, and you’re left to figure out how to play largely by yourself. That’s fine to an extent, and I don’t necessarily mind playing games that I need to restart a couple of times because I’m making mistakes as I teach myself how to play. However, the sheer size of Silk meant that the point where I realised I needed to restart could come quite deep into the game, and for those who aren’t used to nostalgic tile-based RPGs, that’s going to be aggravating.

Silk is a noble idea, presented nicely, and once you get the hang of it, the sheer scale of the game, as well as its exotic themes, make it a wonderful blend of history and adventure. As with many ambitious indie games, however, its ambitions clearly outweighed the capabilities of the team. While this may well be one of the largest environments ever created, and it’s a rare example of a game that does that for a reason other than just providing content to players for the sake of content, a lack of refinement and context to the exploration leaves Silk feeling like a far lesser experience than its ambition deserves.