The Coma 2: Vicious Sisters launching in the West as early as next month

Publisher Headup and Korean developer Devespresso Games, have announced a partnership to bring The Coma 2: Vicious Sisters to Western audiences. The game will be available for PC via Steam Early Access on November 7, with a full launch set for early next year. Here’s a trailer:

A sequel to The Coma (our review here), The Coma 2: Vicious Sisters is also an atmospheric, story-driven horror survival game (that’s a mouthful!). It promises jump scares hand-illustrated visuals, and a nightmarish story.

Mina Park is a student at Sehwa High School, and awakes in the middle of the night in her school. But the school isn’t as she remembers: instead, it’s been twisted by something dark and sinister. Pursued by someone that looks like her English teacher, Mina must survive by venturing past the school boundaries. In the surrounded area, she’ll find strange creatures, mysterious strangers, and uneasy allies.

Life Is Strange 2 set for a physical release

We’ve nearly reached the end of Sean and Daniel’s journey, which is enough to bring me to tears – I’ve spend so much time with the brothers, been through so much with them, that I’m not ready to end. Regardless, episode 5 (of 5) of Life Is Strange 2 is set to launch on December 3. There’s good to this, though, as that means it’s time for the game’s physical release… and a collector’s edition! Take a gander at what’s inside: 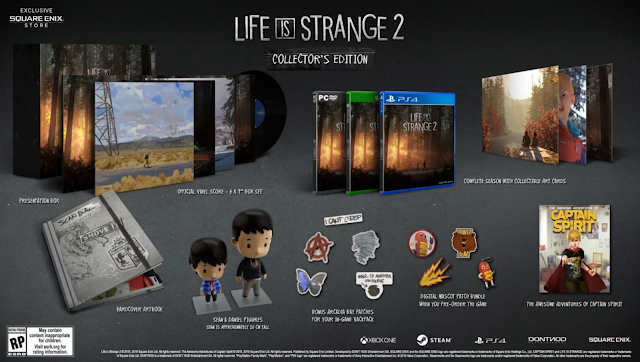 The Standard Edition includes the complete season, the Captain Spirit demo, and in-game patches to customise Sean’s backpack. But the goodies are all in the Square Enix Store exclusive Collector’s Edition, which includes everything from the Standard Edition, along with the official score on 7″ vinyl, a hardcover art book, two vinyl figures of Sean and Daniel, and a presentation box.

Here’s the next Otome VN to hit the Switch

Originally released in 2013 for Android and iOS, Otome visual novel Kissed by the Baddest Bidder is set to launch digitally for the Nintendo Switch before the year’s end.

Developed by Voltage, the game will feature both English and Japanese language options.

In the game, you’re working at Japan’s first hotel and casino. You stumble onto a black-market auction, and somehow end up as one of the “items” up for sale. Five men place the winning bid, and as such you’re completely at their mercy.

Skullgirls 2nd Encore is heading to the Switch

The Nintendo eShop page has revealed the launch date for Skullgirls 2nd Encore: October 22. It was originally supposed to launch along with an Xbox One version earlier this year, but that hasn’t been launched to date either. 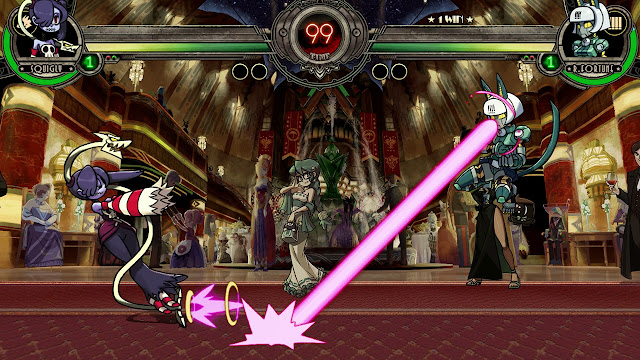 The game has been available via Steam since 2016, so if you’re super impatient you can always grab that instead. This will be its first console port.

Skullgirls 2nd Encore is a critically-acclaimed, fast-paced 2D fighter set in a world called Dark Deco. There are 14 original characters to choose from, each featuring unique gameplay and oodles of personality. The game includes a fully-voiced story mode.