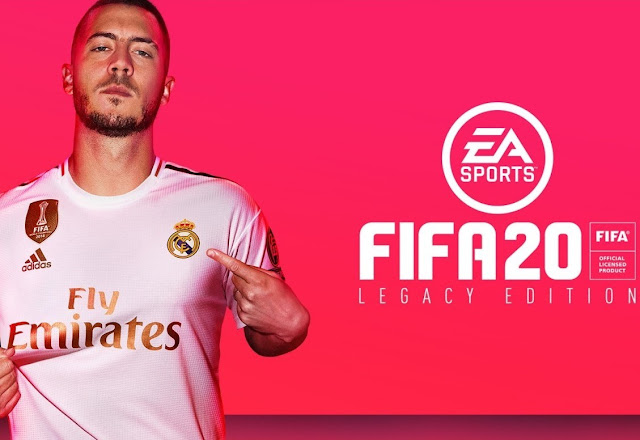 Most major sports get annual iterations, and FIFA is no different. The naysayers call these yearly updates nothing more than a refreshed roster, and something that should just be DLC (if that). However, in most cases developers do end up putting in some new modes, engine improvements, and play refinements that combine to give a fresher experience than many give them credit for. That is, almost every year. But not this year for FIFA 20: Legacy Edition, which is a solid soccer game at its core, but is really is the exact same game as last year with new rosters and little else of interest.

This kills me to complain about, because almost every year I am that guy who is pointing out the new features of annual sports properties, explaining how a new year in sports brings with it new hope and expectations. From what I have been able to gather online, other platforms did a proper update with FIFA this year, which makes this Switch release even more of a slap to the face for owners who were looking forward to taking some good soccer on the go.

What is perhaps most disappointing is that last year actual progress was made. FIFA 18 for the Switch was something of a joke when it released. It reminded me of what Electronic Arts had done years ago when Madden was bumped from one generation of consoles to another, releasing on that console for the first time and sure, it looked somewhat nice, but it was incredibly bare bones. Last year though, FIFA 19 made some headway. That is not to say it gained parity with the PlayStation 4 or other peer platforms, but I liked the direction it was headed. It gave me hope that we would be getting a fully realised FIFA title on the latest Nintendo platform. Hope that has since been dashed, at least until next year.

What makes this so baffling is the whole ‘Legacy Edition’ moniker. Now, if you are just passing through the store and see this on a shelf, and you are a soccer fan – you would probably think: Great! A new FIFA game with a fancy title, and I can take it to play on the go.

The problem is, unless you do some homework first and avoid that impulse buy, you do not realise that ‘Legacy Edition’ is just EA’s way of saying ‘same game as last year, with an inferior engine to the one we use on the big consoles’. It’s not bad, in a basic sense. Putting aside that it’s incredibly stripped down in comparison to the non-‘Legacy’ editions, and that this is no different to last year’s iteration, EA does deserve credit for having captured most of the atmosphere and athleticism involved in the sport. Along with basketball, I believe football is one of the most difficult to visually translate, because the players are not padded up and they have a lot of contact and collisions with one another on the field. This is one area where the FIFA series has grown rather nicely across all platforms as players jostle and fight for the ball and position with one another in convincing fashion.

FIFA also traditionally offers up nice visuals, solid sound effects, competent (if sometimes repetitive) colour commentary and crowd reactions that really help sell the authenticity of the sport itself. FIFA 20 has all of those things, which is to its credit. However, as good as they are, they are really no better than last year and as nice as the presentation is, it does nothing to really help take the pressure off of what is still an lacking overall package. 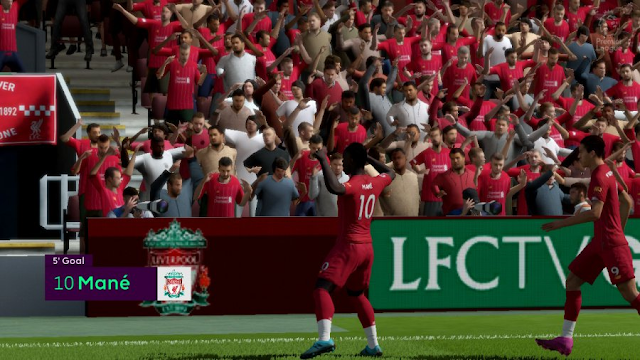 So what modes are there? Not many. There are quick games, career/franchise modes, and of course FUT – FIFA Ultimate Team. No matter how lazy EA gets, it’ll never pass up the opportunity to flog off some card packs, so not only do you get to pay basically full price for this new packing of an existing game, but EA will happily take your money for a new round of microtransactions too. It is seldom my favourite mode in any sports title, but at least some of the other efforts that have had this option this year have at least found ways to innovate on it some and make it feel somewhat more fresh. You will not find that here.

FIFA 20: Legacy Edition is really only here to appeal to those people who do not own last year’s game on the Switch or are such dedicated soccer fanatics that a roster update is enough of a reason to buy again. However, I find it highly unlikely that anyone who owns last year’s title on this platform (especially if they have seen the advertisements and new features for the PlayStation / Xbox / PC versions of the game) will feel like they are getting their money’s worth out of the Legacy Edition on the Nintendo Switch. They’ll probably feel insulted, and rightly so.