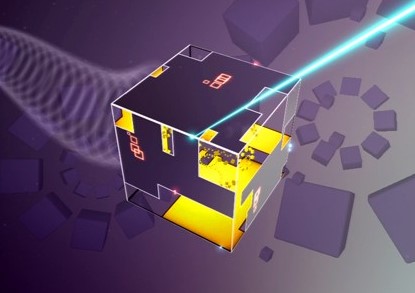 Qix is one of the all-time classic video game concepts. It’s as simple as drawing boxes on a screen while avoiding a randomly moving enemy and making sure that it doesn’t come into contact with the lines of your boxes before they’ve been completed. It’s an concept that’s from the same era as Pac-Man, Space Invaders, and others, and while it hasn’t enjoyed the same prestige as those titles since, there are still developers working with the basic idea. Developers such as Laughing Jackal Games, here, with, Cubixx.

Related reading: Our review of Cubixx from way, way back in 2011!

Cubixx started life as a PlayStation Mini title – remember those? It was a platform for little micro-games for PlayStation 3 and PSP that Sony envisioned was an avenue to combat the then-new Apple App store’s potential for “small game” experiences. Minis had strict limits on download size and so on, and those limits were strict enough to impact on the depth of the games produced under the label, but there were some gems in the rough there. Cubixx was one of them, so it was no surprise to see a “HD” version later released, and that’s the one you can play on Nintendo Switch.

Cubixx is just Qix, but instead of playing on a single, flat plane, you play across a cube of them – six playing surfaces. You do exactly what you do with Qix, but you also need to slide your square-cutting icon from one play field to another, monitoring what is going on with six different fields at the same time. 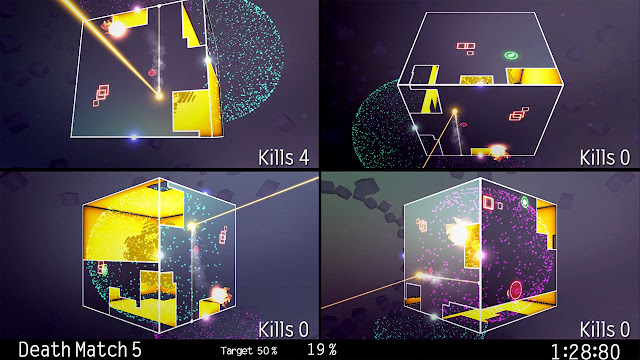 It’s the flow that you can get into with Cubixx that is its most appealing element. Seamlessly cutting through one surface of the giant dice to the next, ripping through great swathes of the total play area without a pause, and wracking up a huge point bonus for doing so is one of the most attractively minimalistic approaches that I’ve seen taken to the modern arcade experience. Where Pac-Man and Space Invaders are turning into multiplayer eSports and pulsating rock-action rhythm games, respectively, Cubixx keeps things elegantly simple and retro-themed. It’s about getting those scores on the leaderboard.

Presentation is pedestrian, as befits a game with such humble roots. The default neon-green colour that provides the theme for the first couple of stages is a poor choice – it looks too much like sickness. The aesthetic tones shift as you move into deeper levels, which is good, but the enemies remain as abstract boxes or flashes of light, your laser is a laser, and therefore lacks in personality. The box that you’re carving out is also nondescript, and features the same pulsating core inside it throughout. Coupled with the music and sound effects, which are very standard sci-fi stuff, and it’s easy to see why people might give this a miss on first impressions.

That would be unfortunate, because the core gameplay is so tight, and the developer has done so much with it. In addition to the standard arcade mode, there’s a time attack, a score attack, challenges to keep the laser in continuous motion for as long as possible, and even a “deathmatch” that up to four people can play simultaneously. I have no idea what that mode does, because I wasn’t able to play it, but the point is that the developers have been able to squeeze plenty of variety out of the basic formula. 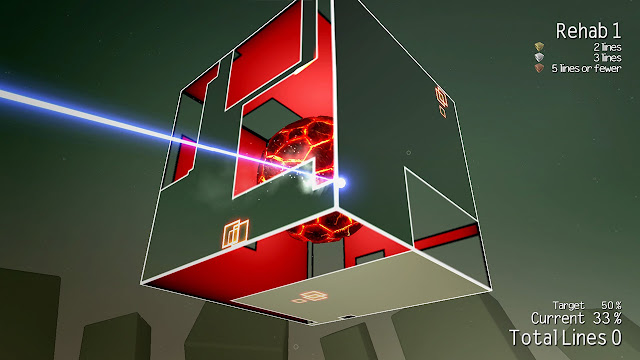 Ultimately it’s a simple score attack, presented in minimalist, unpretentious manner. I’m a big fan of Cubixx. It’s something that I kept coming back to for short bursts of play back on the PSP, and I suspect it will remain on high rotation on my Nintendo Switch for some time to come, too.

Review: YU-NO: A Girl Who Chants Love at the Bound of this World (Nintendo Switch)