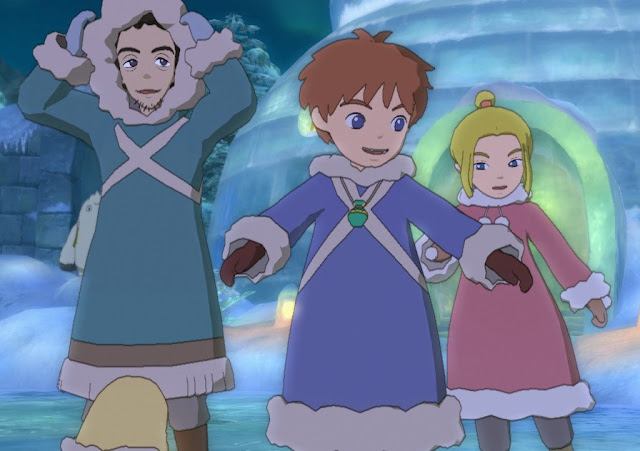 Ni no Kuni: Wrath of the White Witch first broke onto the scene in the west in 2013. The lovechild of Level-5 and world-renowned animation studio Studio Ghibli, Ni no Kuni combines traditional JRPG fare with a whimsical storyline that comes to life with the easily recognisable Studio Ghibli aesthetics and approach to animation. September saw the release of Ni no Kuni Remastered on the PlayStation 4 and PC and the original game was ported to the Nintendo Switch – either way, this is not one to miss.

Related reading: Our review of Ni No Kuni from back on the PlayStation 3

Ni no Kuni pulls at your heartstrings mere moments after the story begins. You play as Oliver; a young boy living in a small village called Motorville, and who has a passion for motor vehicles. This passion results in dire consequences as, when out and about playing with a vehicle, an accident happens, and Oliver’s mother sacrifices their own life to save his. Newly orphaned, Oliver has no time to mourn before he finds himself whisked away to a magical world of wizards, cat kings and dragons where he is touted as the “pure-hearted one.” It’s a thinly-veiled metaphor for the process Oliver goes through to come to terms with his loss, as he is burdened with a task that requires him to save this strange world.

As expected of the “pure-hearted one” Oliver agrees to this treacherous task and the eccentric story begins. Through his adventure, Oliver finds himself switching between the two worlds as their stories and residents are intrinsically linked. The story from beginning to around the three-quarter mark is well-paced with a good mixture of lighthearted and heart pulling plot points, dungeons and bosses to keep the story interesting. That last quarter is terrible and clearly thrown in simply to give players more content to pad out the rest of the game, and it’s unfortunate that it’s there, but by the time you get to that point the adventure has been that wonderful that you’ll forgive it for anything. 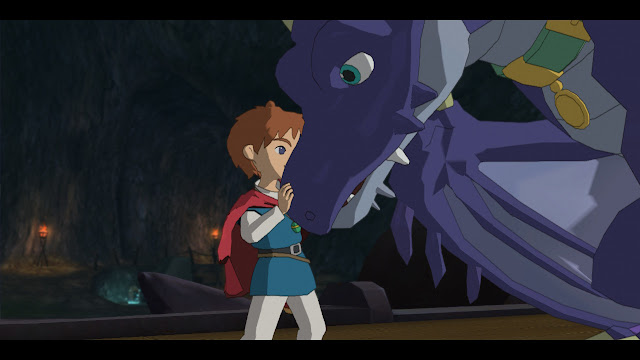 Oliver isn’t along on this adventure either, as his plushie-turned-fairy sidekick is constantly by his side. Drippy, the oddly shaped, accented fairy provides a mix of comic relief and information useful to both Ollie, and the player. During boss fights he alerts Oliver to significant weaknesses or impending attacks as well as casting Tidy Tears – an AOE healing spell. Meanwhile, the other two party members, Esther and Swaine, are also useful additions to the cast. Esther can tame familiars which is incredibly useful within the game’s Pokémon-like systems, and Swaine can steal from enemies and open certain chests outside of battle. Both characters have their own strong personalities and often find themselves butting heads over certain issues throughout the game, which gives the team a strong dynamic and helps make the adventure feel vibrant.

Battle is the heart of Ni no Kuni’s gameplay which consists of a mix of turn-based and action elements. The player is free to run around the battlefield at will but upon choosing an attack they are locked into that position. Each character has a set role that they can perform on the battlefield such as Oliver being a spellcaster. However, it is the use of familiars that is really the nitty-gritty of the battle mechanics. Each character can have three familiars equipped to them at a time. Each familiar has their own unique type and moveset that are useful in a range of situations. Familiars can only be used for a certain period before the player needs to change to either another familiar or back to one of the three player characters. When in use the familiar shares the same HP and MP gauges as the player character.

Familiars are the game’s bread and butter and anyone familiar with monster-raising games such as Pokémon will understand the mechanics with relative ease. Each familiar has a beginning, middle and final form. What makes Ni no Kuni different is that each final form has two choices with different types that players can choose between. Once the player provides the familiar with the correct item, the familiar metamorphoses and returns to level one where it is then leveled up once again. Leveling not only allows for metamorphosis but also an expanding range of skill slots and skills learned and stat boosts. Each familiar can also be equipped with a unique range of armour, weapons and accessories further strengthening and adding useful abilities to them. It is fun to find new familiars to add to your collection, which upon completion totals 308. 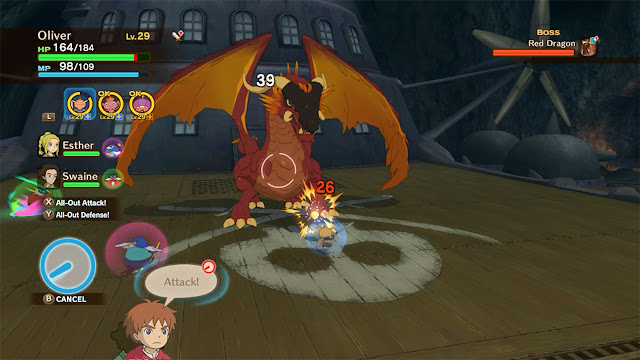 Ni no Kuni is filled with plenty to do besides the continuation of the main story. Other than the familiar collect-a-thon, players can take on side quests to help townsfolk such as mending their broken heartedness or finding specific items that they are requesting. Oliver can also accept bounty hunts that task him with defeating formidable foes found out in the world. Ni no Kuni also has a crafting mechanic that allows you to create items and equipment from materials collected from battle and harvest points around the world.

Related reading: Our review of the Ni No Kuni sequel on PlayStation 4

Despite the Nintendo Switch version not being the remastered version it still holds up incredibly well and looks absolutely beautiful. Despite there being no obvious difference between this version and the PlayStation 3 original, the Ghibli aesthetic means that it still absolutely shines. It is so easy to get lost in the cutscenes and feel like you are watching a beautiful Studio Ghibli movie unfold. The characters are all well designed, and the world is just popping with colour. The only downside is that some of the familiars are rather basic and their metamorphic line are mere colour swaps which is quite noticeable when so much effort has been put into other graphical aspects of the game.

The soundtrack is both fantastic and memorable with the composed by Joe Hisaishi and performed by the Tokyo Philharmonic Orchestra. Each track seemed tailored for the specific area that it was implemented in and successfully provoked emotional response desired in the moment, such as happiness or fear. 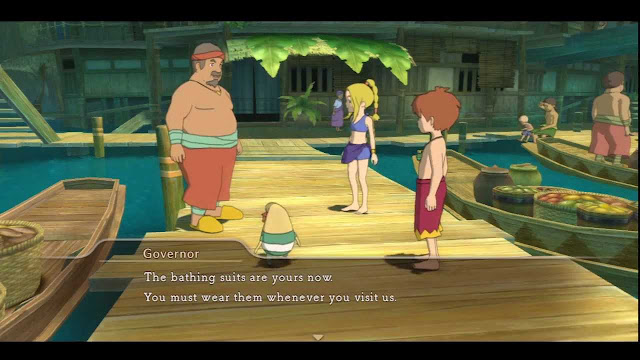 Despite reports that the Nintendo Switch version was broken; I had no graphical issues or crashes related to gameplay. There were no framerate drops, stutters or anything to report. The game played seamlessly and just as I remembered it. However, I did have the game crash twice. The first time was when I was in the middle of saving at an inn which was a nerve-wracking experience due to the fear of save game corruption. It ended up being fine and I carried on. I encountered another crash a little further on in a moment where I was standing still on the map and not interacting with anything at all after a cutscene finished. Neither of these crashes impacted me too much as I am the kind of person who saves meticulously, however, I still believe that they should be mentioned.

Despite Ni no Kuni not being enhanced on the Nintendo Switch; it is still a stunning game with a great soundtrack and enjoyable gameplay, and it holds up as well in the present day as it did originally in 2013. The story is emotionally touching and is a must-play for JRPG fans who own a Nintendo Switch.

Video: On the changing publishing priorities of Sony