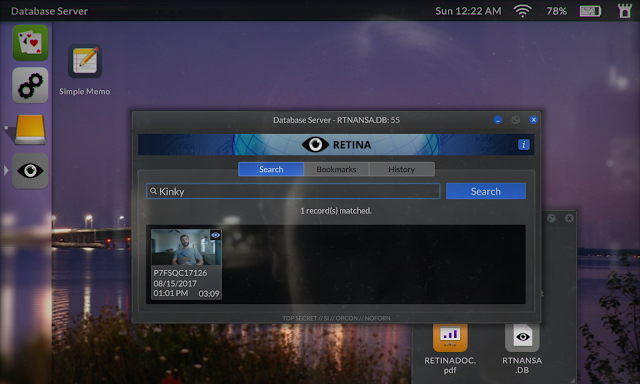 It’s well after midnight. My workspace is disorganized, with papers strewn about, pens uncapped, my iPad and keyboard set up in the midst of the mess. I feel as though I’m embodying the protagonist of Telling Lies, despite the fact she barely appears as more than a slight reflection. From that statement alone, it is obvious that Telling Lies is not quite like anything I’ve played before, with the exception of its spiritual predecessor, Her Story.

Telling Lies is the brainchild of Sam Barlow, easily my favourite game creator. Her Story, released several years ago in 2015, opened my eyes to the world of FMV, as well as to a world where video games aren’t just button mashing and running and jumping. Telling Lies places you in the roll of a woman who discovered a laptop full of stolen NSA database containing two years of footage. The footage contains intimate on-camera moments from four people (and sometimes those around them). We know nothing about them, save that they’re linked by a “shocking” incident.

So how exactly do you play? Your screen becomes the laptop screen, with the vague reflection of the woman overlaid. You can even hear the purr of the laptop. You embody the anonymous woman. Using search terms, you can find videos in which the term is spoken. You can type in whatever you choose, or highlight a word during the video and find the related items that way. 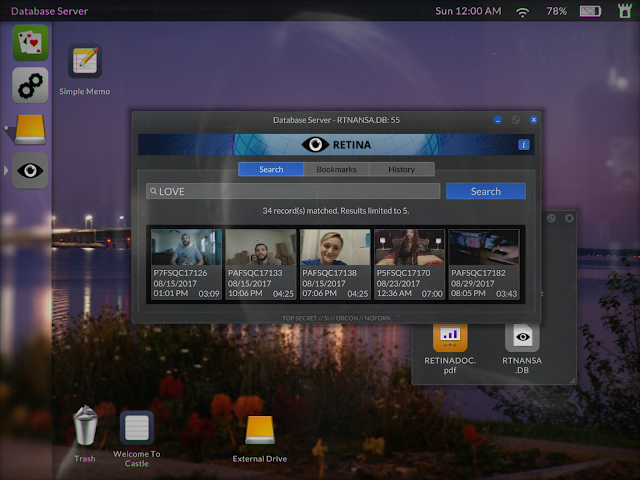 It’s important to note that the subtitles are not optional; instead, every single spoken line has an exact matching subtitle. And, praise the gaming gods, the text is perfectly legible. I played on an iPad Air 2 and had no issue reading any of the text. After reviewing several games in a row with poor text interfaces, Telling Lies was a downright pleasure. However, the subtitles can not be altered in any way (size, colour, etc.) so I’m sure some won’t find it as accessible as I do.

Discovering the narrative of Telling Lies is essentially the entire game, so I won’t ruin it for anyone. Briefly, I’ll say that a cop is doing undercover work, his wife is left home alone with a baby, he loves chatting with a cam girl, and seems to be part of some sort of underground political group.

The story is, of course, difficult to decipher. Sometimes a word will bring up dozens of results, but you’re only able to see the top five. As such, being exact becomes an art form. Each video is one side of a two-sided conversation. I enjoy picking up terms that allow me to find the matching half of conversations, as it creates a more complete picture. For example, the nickname “Pookie” is a joke at one point, and by searching it I was able to find the origin of the name. 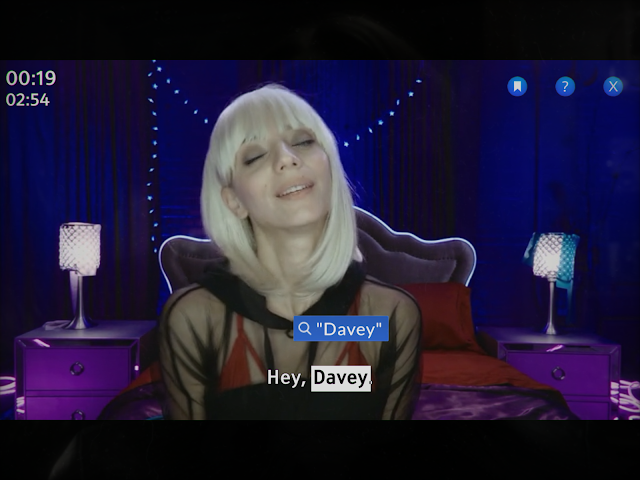 Difficult is not bad. Difficult is good. I often rave about games with easier difficulty levels, but Telling Lies is exactly as difficult as it needs to be. Remove the difficulty, remove the entirety of the gameplay, and where’s the fun in that?

The voyeur aspect of the game makes me uncomfortable, as it should: I’m essentially watching the most intimate moments of (fictional) strangers. It’s entirely immoral, for whatever the reason of existence. As you get to know these characters, being a voyeur becomes to feel more natural, which makes me feel discomfort in an entirely new way.

I think the scary part of Telling Lies is that it demonstrates we don’t actually know what parts of ourselves are out there, whether it be through videos, photographs, or text. Granny and grandpa happily chat with their grandchildren, not knowing they may be recorded. Lovers whisper words not meant for other ears, but someone is listening. It’s half me being paranoid, and half factual, and the part of it that is factual scares the living daylights out of me.

There is a PC version of Telling Lies, but I can only speak for the iOS version when I say the controls are beyond intuitive. I mean, we all know how to use a touch screen: tap in a field to type, tap on items to open, tap on icons to move about. It all flows very naturally, although I did prefer using an external keyboard versus that onscreen. I assume the PC version is just as easy to pick up, replacing the finger taps with mouse clicks. 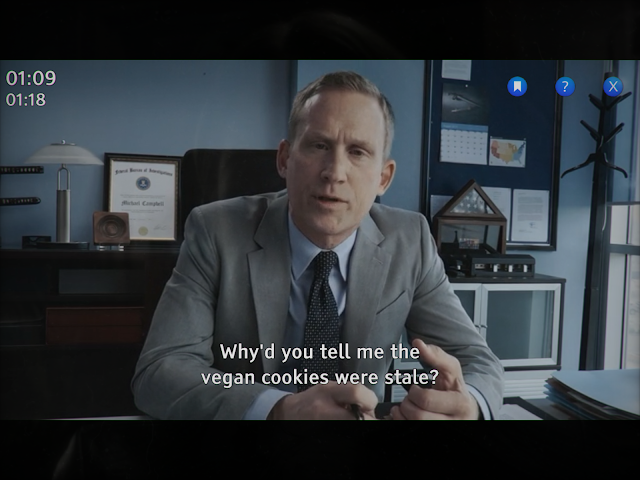 Where Telling Lies sets itself apart from other FMV titles is the gameplay. You’re not communicating with people on front of you, or making decisions for them. All you can do is type and tap, pause and tap, rinse and repeat. And there’s no reason for anything more. Telling Lies is innovative in its simplicity, something it borrows from spiritual predecessor Her Story.

Where an FMV differs from other titles is the live acting. No voice dubs or 3D models here! Logan Marshall-Green is perfect as the slightly untrustworthy cop. Angela Sarafyn is the standout of the main four cast members, with her portrayal of a strong yet surprisingly sensitive cam girl. Alexandra Shipp’s performance as a seemingly innocent girl accurately reminded me of what early love is like. And Kerry Bishé shines as an overworked, practically single mother. It can’t be easy to act while the camera is from a selfie angle, but it all seems very natural (unless a character is telling lies, and they’re bad at it).

Telling Lies easily falls into the category of my top-three FMV titles, the others being Her Story and The Shapeshifting Detective. Its downright genius use of a computer interface allows a remarkably in-depth narrative to shine. The difficulty level means you’ll spend hours upon hours in front of your screen… but quite frankly, the time passes as though it were minutes. It’s a deep rabbit hole, but worth the trip regardless.