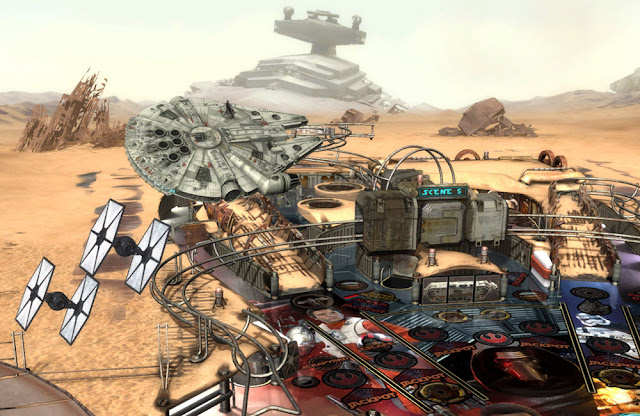 The newly released Star Wars Pinball for the Nintendo Switch is an impressive collection of tables that serves to bring the entire package together in a different way than the usual offerings from Zen Studios. Some of those new ideas work better than others, but on the whole the Force is strong with this offering.

Right out of the gates, I realised that this was going to be a bit different than most of the other pinball offerings from Zen Studios, as the team eschewed their usual Pinball FX 3 framework and made this a standalone package. For those familiar with the Pinball FX 3 series on other platforms like the PlayStation 4, it is a free framework that comes with a single game, and then you buy the tables individually or through packages and access them through there. It offers a nice sense of connectivity (you can read several of Matt’s reviews and thoughts around Pinball FX 3 here) between a wide collection of tables that range from original creations, real world pinball classics, the Marvel franchise and of course Star Wars titles as well.

Star Wars Pinball on the Nintendo Switch however, is focused just on Star Wars, living in its own ecosystem. That allowed the development team to do some unique things with this collection, because everything is Star Wars-centric here. Probably the most notable is the Career Mode, which puts the tables together in a way that is meant to be quick and accessible – which plays to the Switch’s strengths when you are taking it on the go. This couples nicely with what has been one of my favourite features involving Zen Pinball tables and the Switch, which is the ability to play the games in a vertical mode instead of horizontal. Everything just fits better. When I play the titles horizontally, such as on my big screen, I tend to take a zoomed out approach to the table. It helps me better plan my shots and not run into surprises on the field of play, but I lose a lot of the detail in doing so. Since pretty much every table is vertically oriented, they just fit better when playing vertically in the hand held mode as well. The buttons not quite as friendly, but overall it has worked well for me in the past on Zen Pinball tables, and it continues to be a shining feature here as well. 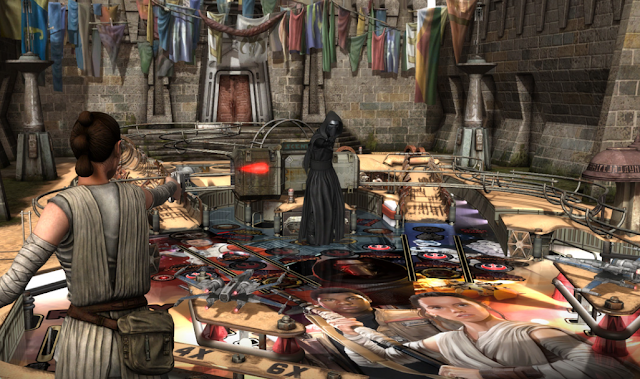 As for how the Career Mode itself works, you basically choose Sith or Jedi and work through several dozen rank levels while tackling a variety of missions and mini-games. The mini-games are often what helps set these Zen tables apart from real-world ones. Sure, this is digital pinball, but you can unlock score-improving mini-games such as flying an X-Wing while taking on TIE fighters and that would be pretty much impossible to represent on a standard pinball machine. Pinball purists may not care so much for these, but I like that it gives the Zen Studios team more creative flexibility.

Cantina Jukebox is one of the new features as well, and it is a small thing, but given all of the great music that shows up in this game, it is pretty nifty little feature. I have been a lifelong Star Wars fan (that is no exaggeration. The first movie my parents ever took me to was The Empire Strikes Back, at a drive-in theatre, when I was four years old, and I watched Return of the Jedi on VHS as a little kid that I wore out several spots in our first copy) and the music from these movies is among the most instantly memorable things for me. So, I consider this a nifty addition.

I mentioned earlier that there was a sort of connectedness to all of the tables in the FX Pinball 3 ecosystem, and part of that is the ability to unlock bonus abilities as you play tables. Nail a skill shot, and you earn experience towards a skill shot multiplier. Do a good job keeping the ball in play, and you can turn on a bonus to points awarded for ball travel distance on those tables. Essentially, Zen Studios dribbled some RPG-light progression elements into their tables, and it was one of the coolest features of their FX Pinball 3 framework. The reason I address this, is because they have added a Force Powers and Talents feature to this Star Wars Pinball release that feels very similar. The structure has changed a little, as it is focused on collecting Holocron Shards by meeting certain criteria when playing the tables. You can use them then to unlock a variety of Force abilities that provide things such as the ability to slow down time or get better multiplier bonuses when activating multi-balls on a table. It is a nice way to dress up a similar system, but it does match the Star Wars theme rather nicely.

For me, there is a bit of a throwaway feature called Galactic Struggle. It is basically where you choose if you want to represent the light or the dark side of the force, and as you score points and play more, you add points to this large, nebulous pool that is represented in a coloured bar in the menu screen. I guess it is kind of nice to know whether or not the majority of players have it in them to Force choke someone if they lose a match of pinball, but I am not aware of any tangible effect or benefit from one side being ahead of the other. There are also the other features you would normally expect to find in a pinball offering, such as the ability to participate in tournaments and leagues as well as compare your high scores against other players and friends in the single player mode.

None of this would have worked so well were it just a small collection for five or even ten tables, but that Zen Studios has rolled out all 19 Star Wars tables that have shown up on other systems until now makes for a pretty impressive collection. Everyone is going to have their favourites (Matt has a great video showing off some of them here for example, in a past review) depending on how they like to play. There is obviously a wealth of source material to draw from given the longevity of the franchise and the rich collections of characters and locations over the years. I personally tend to lean towards the taller, longer tables with a bit more breathing room to let the ball move around, while my son prefers the more cramped, lightning quick reflex tables. Still, with nearly two dozen tables to choose from, there should be at least several that appeal to any pinball fan that suits their preferred style of play.

I will be curious to see if this is a collection that gets added on to or has the option to be added on to later. Given the successful partnership Zen Studios has enjoyed with these Star Wars tables in the past, and new Star Wars movies and shows coming out over the next couple of years, I would be surprised if the studio did not make new tables as well. While you can purchase new tables and add them to the framework of Pinball FX 3 on the PlayStation 4, is that going to be the case here with this Switch offering or not? That is less a concern and just a curiosity on my part right now, but it is worth considering when you look at how the tables have appeared on the other consoles, and how they’re treated on Switch, for those who have a choice between them. 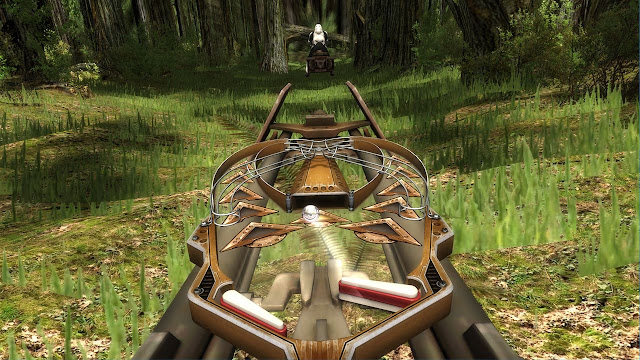 For the price, Star Wars Pinball is a fantastic package for fans of the science fiction franchise as well as those who just like a good game of pinball. Sure, some of the new features are better than others, and any time you have a large collection of themed tables, some are going to be more enjoyable than the others, but they are more the exception than the rule. With all kinds of tables offering a variety of sound effects, music, visual flair, ramps, multiple levels and a nice sense of progression, there is a lot to enjoy here. That makes it an easy to recommend package that I am going to spend a lot of time with in the coming weeks, months, and probably years.