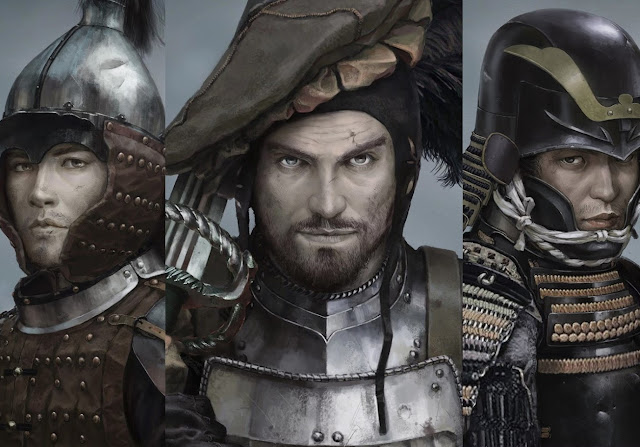 I don’t generally get much time to get hands-on time with games at TGS these days. Lines are too long, I’ve got too many interviews planned, and there’s just so much to see and do. There’s also a merchandise section simply filled with goodies to buy and I’m not so professional as to say that that is not the thing I immediately beeline towards.

That being said, I make the occasional exception. I could not resist the chance to test out Hatsune Miku on the Nintendo Switch, for example, and when I came across a booth of Chinese games that were being developed for console, I also decided to give some of them a spin. Particularly since very few other people were paying attention.

For those who haven’t been playing along, the Chinese console industry is very new, on account of consoles being effectively restricted in China for the longest time. Now, though, Sony, Nintendo, and others are able to participate in a market of over a billion people, and it only makes sense that they would want to do that. In turn, Chinese developers are now showing interest in the consoles as an opportunity… and perhaps a chance to reach a more global audience. This year’s TGS “Chinese console games” booth had all kinds of stuff on display, but I checked out three particular titles.

Ran: Lost Islands is, vaguely, what you would get if you blended Ubisoft’s For Honor with Dark Souls. In other words, it’s pitched as a big multiplayer game, and it has a combat system that is slow, deliberate, and highly tactical. 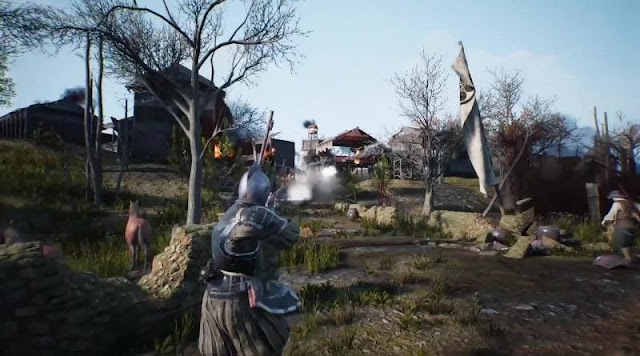 Ran also blends a number of different cultural elements, a little like For Honor does. You can deck yourself out in European knight equipment, before wandering under a (very Japanese) torii gate to take on a dude decked out in Chinese gear. Unlike For Honor, the cultural elements seem to be restricted to the combat gear – or at least the only level I got to play on was specifically Japanese, and other levels will transport players to Europe or China.

Either way, the action’s in a pretty good state. Combat features that kind of careful prodding strategy of the best Souls encounters, as you tease out your opponent’s timing and attack routines so you can figure out the right time to get your own strikes in, but this time around you’ll be playing against real people. As for the combat, there is some work that still needs to be done on the feedback, as strikes in particular lack a visual indication that you’ve landed a solid blow, but for now numbers float up on the screen to indicate damage done, and for now that’s a clunky, but ultimately effective approach. Hopefully the full release adds a greater sense of tactility, but otherwise Ran is gorgeous, the action is solid, and this might just be a multiplayer game that draws me in.

F.I.S.T. caught my attention because in it, you play as a rabbit. I love rabbits. They’re awesome animals. In F.I.S.T. you get to live out every rabbit’s frustration at being on the very bottom of the food chain, because in F.I.S.T. you’re a rabbit with a massive mechanical iron fist strapped to you, and you know how to use it. 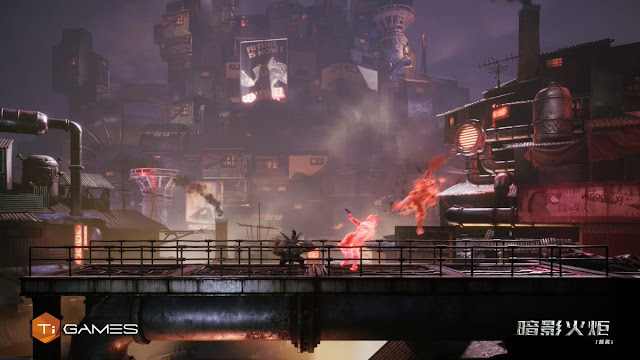 Billed as a “dieselpunk Metroidvania” F.I.S.T. feels more to me like a fluid follow-the-breadcrumbs kind of game. You’ll need to backtrack occasionally to move to new areas, but that seems to be tied more to flipping switches here and there to open doors, rather than finding new abilities and exploring what is effectively an open approach to level design. This isn’t a criticism of F.I.S.T., in fact I loved the sharp pacing and combat design behind the enemy encounters. I just didn’t feel the “Metroidvania” that the developer is claiming.

The “dieselpunk” is there though, in spades. This is one grimy looking game (in a good way, as it’s the aesthetic direction), with gritty combat and harsh environment design. There was no sense of narrative from the TGS demo, but if the team behind F.I.S.T. can check that off, they’re on to a hit here, I feel, because the action is that smooth, and the setting that effective.

It would seem that the whole Souls deal is a big deal in China, because not only does Ran borrow elements of its combat from the Soulsborne formula, but AI-Limit is a far more close homage entirely. That’s not to say the game lacks for a spirit of its own – this is a dark anime-infused Souls-like, and quite unique in it – but it wears its inspiration on its sleeve. 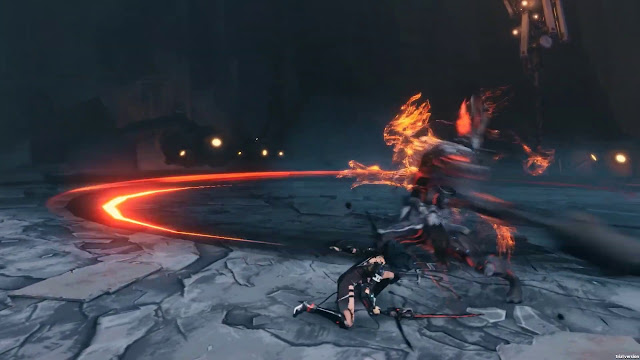 Of course, what really distinguishes a good Souls-like from a poor pastiche is the narrative and setting – how effective are these games in making you want to know more about their worlds and characters? AI-Limit has some effectively grotesque monsters, and the TGS demo let you explore an underground world which is intriguing, to say the least. It’s safe to say that no other Souls-like is set in quite the same world as this one. With that being said, though, a 15-minute demo is on no level enough to get a real sense for how interesting a Souls-like world will be in the long term.

What the demo did give me a lot of confidence with is the combat itself. With the exception of the dodge (which is a little too delayed and a little too clumsy for its own good right now), AI-Limit’s combat is smooth and, as it starts to feel familiar, that same brilliant balance between being unforgiving, and feeling immensely rewarding when you take down a tough thing. The Souls-like sub-genre is filled with great games – Nioh 2 also wowed at TGS this year – but I’m quietly confident that AI-Limit will be different enough to be interesting.

If nothing else, it’s truly great to see China emerge in console game development. There are so many stories and talented artists to have come from the country, I can’t wait to see what they do with the expanded audiences (and therefore budgets), and consoles that they now have access to.

TGS 2019 interview: On modernising Langrisser for a new generation