Koei Tecmo has announced its lineup for Tokyo Game Show, and it’s a doozy! There’s equal presence from PC/console and mobile titles, with arguably something for everyone. TGS 2019 runs from September 12-15 and we’ll be there! 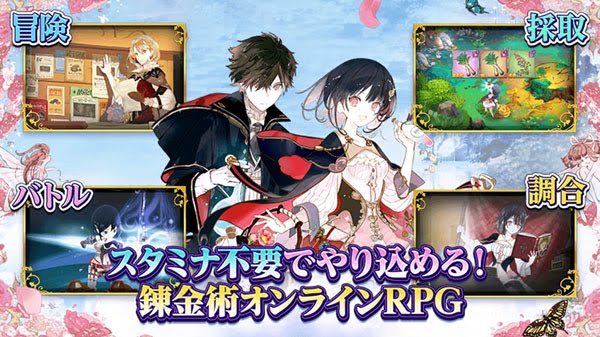 When it comes to mobile titles, there are a good variety of series covered but almost all will be solely via trailers. Atelier Online: Alchemists of Braceir will have the biggest presence, with a new trailer, live stream, and stage time. Four games will receive new trailers: Daikou Kaijidai VI (Android/iOS), Monster Rancher (Switch, iOS, Android), Shin Sangokushi (Android/iOS), and Yo-kai Sangokushi: Kunitori Wars (Android/iOS)

For PC and consoles, what I’m most excited to see more of is Atelier Ryza: Ever Darkness & the Secret Hideout, coming to PC, Nintendo Switch, and PlayStation 4. And it will be playable on the floor! Dead or Alive 6 will be there, along with Dead or Alive Extreme: Venus Vacation. Nioh 2 will be playable on the floor. Finally, we should get loads of information regarding Romance of the Three Kingdoms XIV for PC and PlayStation 4.

With development of Dragon Quest Builders 2 behind him, Kazuya Niinou has left Square Enix. The developer made the announcement via Twitter:

The tweets read: “With development on Builders 2 completed, I have left Square Enix. To Naoki Yoshida, Noriyoshi Fujimoto, Takuma Shiraishi, all of my colleagues, and everyone who enjoyed the games I made, thank you so much! I truly appreciate your support … I have been at Square Enix for about seven years now (my longest yet!). I felt a little burned out with Builders 2 and wanted to try out a development cycle different from Square Enix, so I set out for a new development environment.”

We don’t know where he’s going next, but that news is expected to be shared later this week. He’ll continue as external staff at Square Enix where he’s needed. Outside of Dragon Quest Builders, Niinou worked as an assistant director on FFXIV: A Realm Reborn.

In these trying times, wouldn’t you like to do your part to make the world just a little bit safer?

If you answered yes, then the Ghostbusters need you! It’s now time to pre-ordered Ghostbusters: The Video Game Remastered, both digitally and physically. I know, I don’t seem like the kind of person to love this type of game, but gosh darn if I didn’t play it extensively on the Xbox 360. It will launch for PC, Nintendo Switch, PlayStation 4, and Xbox One on October 4. Here’s a new trailer starring Dan Aykroyd:

The game’s story is original, by Dan Aykroyd and Harold Ramis themselves. Be the new rookie on the crew, team up with your favourite characters, and fight ghosts until daylight appears. Manhattan is overrun by creatures unleashed by a mysterious force, and of course only the Ghostbusters can help.

The voice actors from the films are all still included in the remaster; that means you’ll hear Aykroyd, Ramis, Bill Murray, Ernie Hudson, Annie Potts, and more as you bust those ghosts.

In Some Distant Memory, you play as the Professor, trying to find the sunken city of Houston. Earth’s colonies are struggling, with dwindling resources and corrupt algae blooms. You’ve been at it for years, when you fall into the ruins of an ancient house. Here’s a trailer for the game:

The game is touted as being non-violent, which makes me very happy indeed. You can move at your own pace, exploring and discovering new artifacts on your quest to learn the secrets of the family who lived in the home you fell into. At your side are AURORA, AI that has helped humanity since the Collapse, and The Commander.

Some Distant Memory is developed by Galvanic Games and published by Way Down Deep. It will be released later this year for PC/Mac via Steam and Nintendo Switch for relatively low price, $12.99 USD.