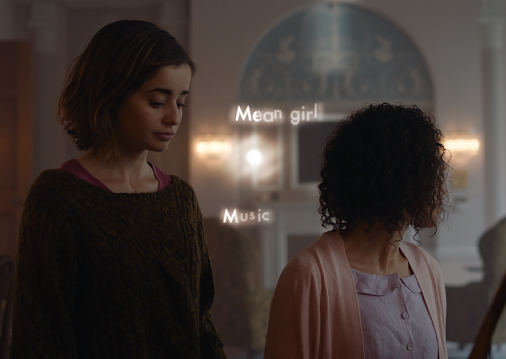 I’ve said it before, and I’ll say it again: I love a surprise game drop. And that’s just what Sony did with Erica, premiering the launch trailer and releasing the game at the same time (during the opening of Gamescom early last week). The game is a combination of FMV and point-and-click adventure. The story begins as a murder mystery (don’t all great FMV titles?) but goes far deeper than that into a world of cults and conspiracies.

Erica’s mother is long dead and her father was murdered. After discovering a box containing severed hands that was delivered to her apartment, she’s whisked away by a strapping young detective (played by Duncan Casey, who some may recognize from a previous roll on Emmerdale… but not me, I’m a Corrie girl!) to a place called Delphi House. It has a link to her father but what that link is isn’t clear right away.

Normally, I wouldn’t necessarily put the game mechanics on the spot like this, as they take a backseat to the narrative. However, Erica uses either your phone or the controller’s touch pad, and each provides a different experience. Using the touchpad controls is awkward (and for me, quite painful). The companion app functions better and the gestures feel more natural. It’s easy to swap the controller for the phone app and vice versa. Gestures are intuitive from the get-go. Two-finger gestures are irritating, but sparse enough. Otherwise, you can play one-handed via the app (a blessing). 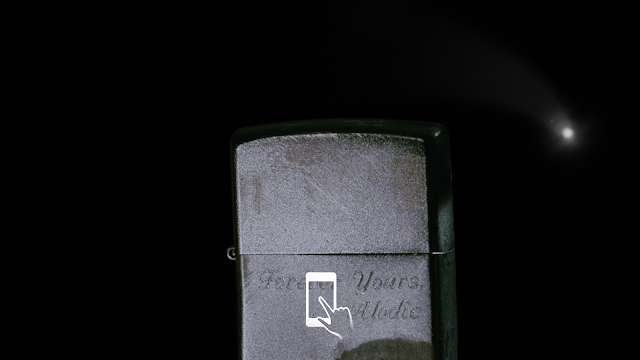 The app screen lights up depending on the gesture required. For example, when you need to open the lighter, it’s a diagonal line to swipe; but when you need to ignite the lighter, a vertical line appears. The touchscreen functions like a laptop’s touchpad during the point-and-click parts. Move your finger to move the cursor around the screen, and let it go when you’ve reached the area you want to explore. Areas you can selected are highlighted by the cursor turning to a solid white circle.

But now, back to Delphi house. The residents of Delphi House are all female, admitted for mental health reasons. It’s odd, though… some are plagued by mysterious nosebleeds. Erica is thought to be in danger because it’s believed that whoever severed the hands also killed Erica’s father. She saw the killer as a child, but has repressed the memory of who it is. Delphi House is supposed to be a safe haven for her, away from prying eyes. Erica, like some of Delphi House’s more permanent residents, has recurring nightmares, which she often draws out. Her drawings tend to feature a weird symbol, something that relates to her father’s death but its link remains a mystery, at least for now.

You choose whether Erica is cautious or brazen in her speech and actions. I figured I’m all in at this point, so my Erica was very headstrong but made some major moral mistakes along the way. However, Erica remains doe-eyes and innocent-looking no matter what she goes through. It makes her other endearing, but does cause some continuity errors. Even if you make ruthless decisions at her hands, her performance and persona don’t marry up with what’s happening on-screen. At the ending, a screen appears to briefly summarize the story; and I mean brief, it’s one sentence split into four lines. It does include the fate of our heroine, something important for closure. 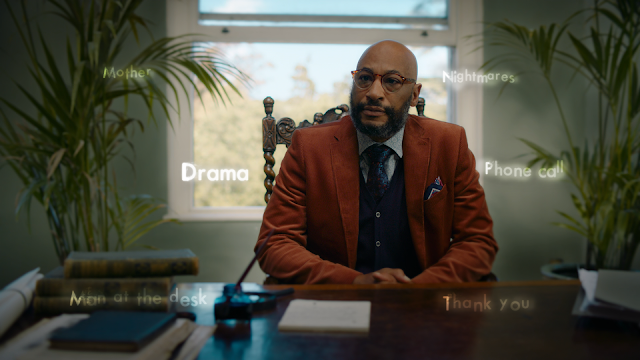 The game flows freely from video to interactive elements and back again. There’s no wait time, no loading screens, just a seamless experience. Events happen in real-time, making focus so important. Mine sucks, quite frankly, but the story was enthralling enough to keep me invested. If you take too long to make a decision, the narrative will move along without your input. You also have the option of staying silent during conversations. You can tell how much time you have left to respond because the responses slowly fade from one end of the words to the other as the seconds tick by. If it’s decreasing quickly, you know you need to move fast.

Most importantly: your choices don’t only effect Erica. They can mean life or death for those around her.

I’ve played a good amount of British FMV games, starring British actors. Don’t get me wrong, the acting in Erica is generally quite solid; it would just be nice to have an FMV come from another country. The standout performance for me wasn’t adult Erica, it was actually young Erica, played by Poppy Purchase in her first role. Unlike her elder counterpart, the bright-eyed innocence is perfectly suited for the character. A secondary performance to look out for is Sasha Frost as the kind Hannah Kaye, a resident at Delphi House. And as I’ve said, Holly Earl’s permanent doe-eyed performance as adult Erica is a bit much by the end, but does aid in making the character complete. She’s no newcomer to the scene, with credits including Humans, Cuckoo, and Casualty. 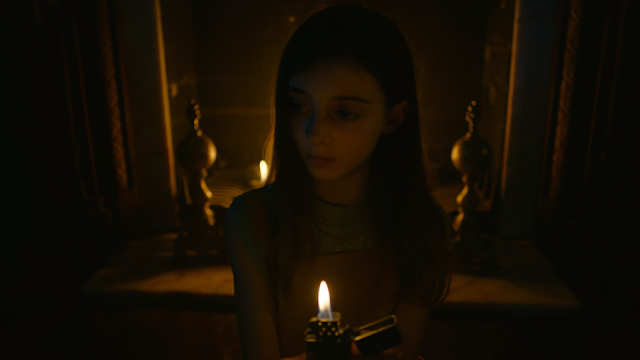 Related Reading: While Erica is a solid effort, when it comes to conspiracies, nothing does it better than Doctor Dekker. My review here.

In my mind, Wales Interactive has made itself the prime publisher for FMV titles, releasing Late Shift, The Infection Madness of Doctor Dekker, The Shapeshifting Detective, and the upcoming Headspun. With Erica, Sony shows it’s got something different up its sleeve, and its eye on the genre, both things I quite appreciate. The replay value is reasonable. I’ll probably play at least once more to make all the opposite decisions. Erica is a solid addition to the FMV world, and I’m excited to see if the developer (FlavourWorks) continues with this genre in future games. The acting is solid, the companion app is a delight to use, and the story is intriguing.