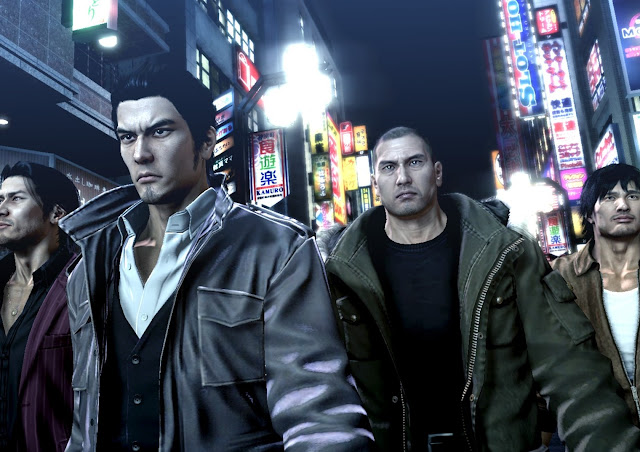 With Gamescom now in full swing, the major announcements from the event have all been made (probably), so here’s a wrap of the other major tidbits of news that you should be aware of. Lots of exiting stuff around Japanese games in there!

Yakuza 3 on PlayStation 4 is available… NOW

We knew that Yakuza 3, 4 and 5 were being remastered for PlayStation 4, and would be released in the west at some point. It was a nice surprise of SEGA to drop the first of these on us right now. Yakuza 3 remastered isn’t the comprehensive remake that Kiwami and Kiwami 2 were for Yakuza 1 and 2, respectively, but it still has had a face lift. Now running at 60fps in 1080p resolution, the game looks the part, and features minigames and stories that were removed from the original Yakuza 3 in the west.

Warhammer 40,000: Mechanicus to get a console release

Mechanicus was initially released on PC back in 2018, where it has a “very positive” rating across over 2,000 user reviews. Now it’s coming to console, with a PlayStation 4, Xbox One and Nintendo Switch release all slated for the first quarter of 2020. This is a skirmish-level tactical strategy game, and as the setting should suggest, it’s a very dark game.

It’s going to be tough to top the quality of the “proper” 2020 Olympic Games title that SEGA released a couple of weeks ago, but the cartoon theme and characters of Mario & Sonic have a good chance of doing so when this game lands on November 5 in America, and November 8 in Europe.

But it wasn’t the release date that was most exciting about this announcement. SEGA also shared information on events based on the sports of the 1964 Tokyo Olympic Games, and those events will play out in pixelated 2D, like the arcade sports titles of yesteryear. And, yes, the Track & Field-like 100m sprint that we all remember will be one of those 2D events.

Finally! After years and years and years in hiatus thanks to Square Enix losing the source code, the release of Final Fantasy VIII Remaster is imminent. The game lands on September 3 for PlayStation 4, Xbox One, Nintendo Switch and PC.

The game will over enhanced visuals and assist features, such as a speed boost or the ability to turn on “no encounters”, to make the game more accessible and enjoyable than ever. It has been far too long since I last got to play this masterpiece. I can’t wait.

Since Stardew Valley came along, it’s safe to say there has been renewed interest in the kind of pastoral “farming” experience, and a number of other developers have taken a crack at it. Viz Media and Rose City Games’ Garden Story looks like it might have what it takes to stand out.

You play as a grape, for one thing, and there aren’t many games that can claim to let you do that. Otherwise, you need to do all the things you’ll be used to from Harvest Moon-likes, such as care for your garden, gather resources, build relationships with the other denizens, and so on. There’s some combat stuff in there too, to bring in a Rune Factory-like element. This game releases spring 2020 (autumn for those of us in the southern hemisphere)