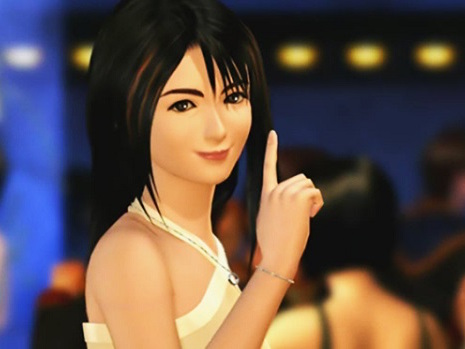 Usually, when we do these retro reflections articles, we look back at games that we grew up with in a general sense; what we remember loving about them back in the day, how they hold up to this date.

If I was to do that with Final Fantasy VIII, we would be here all day. This was a game that impacted on me powerfully when I first played it, at a friend’s house (as I didn’t own the game myself until I bought a PlayStation 2, years later), and I remember spending a month’s worth of entire weekends at his place in order to knock the game over. I know it’s one of the lower-regarded games in the storied franchise now, but back in the day I found it an utter delight to the senses. Then, when I owned the game myself and was a bit older and more inclined towards academic analysis of games, I also started to unpack FFVIII for being quite a densely intelligent game.

I could talk about these things, and I might well, at some stage, via Game Theories or similar articles. But this time around I figured I would do something different and look at a far simpler aspect of Final Fantasy VIII: it was the first game I ever played that had a waifu.

I bet you’re thinking “oh God, Rinoa!” right now. Nope. Bet you’re shocked now with the image at the top of the article. My FFVIII waifu was Selphie. If you’ve ever played Final Fantasy VIII then you might remember that each character was introduced with a little FMV video (crazy exciting stuff, back in the day, since 3D game engines weren’t even remotely capable of near-lifelike character models). Well, Selphie’s intro video was adorable. She was sent to deliver a message to Squall, and upon spotting him down a small hill, calls out, before slipping and falling down. She recovers without injury, and then flashes a wink and a smile at our hero. I was smitten. She also has really great legs, which probably helped my instant affection for her.

The game engine didn’t render Selphie in anywhere near the same level of detail, but the cute, quirky hairstyle remained, and when, later on, she changed out of her military uniform and into a hot yellow mini-dress number, she was a colourful divine goddess and a lovely foil to the fairly serious leading pair, the irritating Zell and dull Quistis. I liked Irvine though. I remember even going as far as jumping on a fanfiction website to look for Irvine/ Selphie pairings. That experience scarred me for life…

But I digress. Selphie represented one of Square Enix’s character archetypes that we see regularly in subsequent the Final Fantasy series, to some extent or another. She was a perky and bubbly type, though anything but flaky; when the chips were down, Selphie would be the girl you wanted fighting by your side. Her weapon was good fun (an oversized nunchuck), and she was good fun; even without voice acting Square Enix managed to give her an irreverent and infectiously cheerful personality. 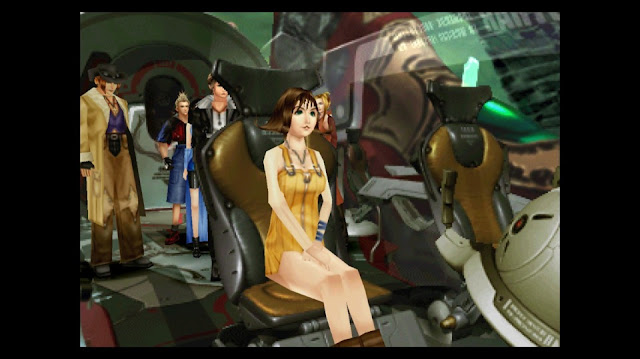 Later Final Fantasy games have similar character types, specifically Rikku in Final Fantasy X and Vanille in Final Fantasy XIII. Unsurprisingly, those girls were my favourites in their respective games, too. I like the levity that they bring to otherwise serious games, and oftentimes their roles within the games are as support; a cog of the tactical system that I often find most enjoyable playing around with.

But what made Selphie – and Final Fantasy VIII – really stand out to me was that this was the first time I felt a game’s characters were detailed enough to be, well, attractive. I love the artistry of sprites, but they’re not exactly good at representing human attractiveness. Final Fantasy VII’s characters were far too blocky and abstracted in-game and the great sex symbol in gaming back then, Lara Croft, still had ridiculous and painfully triangular boobs in those days. Square Enix’s genius with character design in Final Fantasy VIII was to introduce them in a very human-like manner through gorgeous FMV, and then approximate them just enough in-game to avoid dissonance. It was easy to imagine the “high-resolution” version of the characters running around, even when they looked only vaguely human at times.

I remember, as I was playing Final Fantasy VIII, thinking to myself, “How amazing are video game characters going to look in a few years?” And I was right. From the PlayStation 2 onwards, there has been an endless stream of characters who are genuinely attractive. From Risette in Persona 4, through Vanille in Final Fantasy XIII, the Dead or Alive women, to Hatsune Miku and the modern Lara Croft. And, of course, plenty of male characters, from physically huge and hulking through to lithe and swarthy. Is it silly to find these characters to be attractive? On one level, sure, since they don’t exist in the physical world; but just as it’s possible to ‘love’ characters from literature, even though you have to visualise them, it would be equally silly to suggest that you can’t ‘love’ video game characters – and in the visual medium that games are, it counts that they’re attractive. 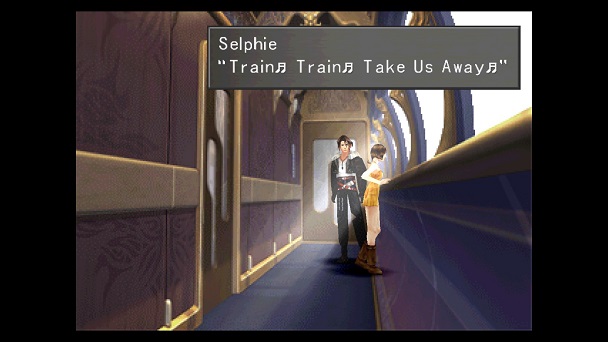 In almost all cases before Final Fantasy VIII (and certainly in terms of RPGs or JRPGs), there was so much abstraction involved in putting the characters on the screen that there was also an emotional distance between player and character. When we ‘loved’ a character it was because of the way they were written, like a character in a book. There was no element of physical attraction in our interpretation of these characters. But Selphie in that sexy super-short yellow dress started to change all that, in my mind.