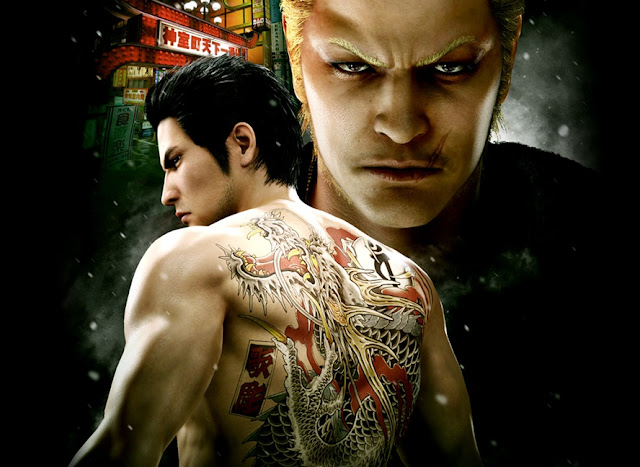 Just think about this; the Yakuza series was once very, very niche outside of Japan. Now, this is the fourth title released in English in the past two years. Something has clicked with players, and SEGA has been ready to capitalise in a big way.

Related reading: Our review of Yakuza Kiwami – the remake of the first Yakuza

It’s easy to understand why, in an era of social media and ready video sharing. It was one thing to say that the Yakuza series has somehow balanced out a brilliantly surreal sense of humour with all the drama and style of an 70’s, 80’s or 90’s yakuza crime film, but it’s quite another to witness that blend in motion and say to yourself “you know what, that’s actually brilliant, and I’ve got to play this.”

For many people, 2017’s Yakuza 0 was their first real bite and the franchise, and then, in jumping straight to Yakuza 6 in 2018, SEGA potentially could have lost a lot of new converts. Thankfully, the publisher has gone back and started the process of bringing those older entries in the series to PlayStation 4 for English speakers, and even more thankfully, Yakuza 2 happens to be the one many agree is the best the series has ever thrown up. Seeing it in HD glory on modern systems, it’s hard to argue that analysis.


Every time I review a Yakuza title I talk about how one of its greatest qualities is the way that it reminds me of the Japan I truly love, and how every time I play one of these games I find myself planning my next trip immediately after. It’s not that I’m involved in the actual yakuza in any way, but the way the developers have captured the vibrancy, colour, and design of Japanese cities and life is just too authentic to ignore. Yakuza is the kind of game where I’ll wander around to explore every nook and cranny just to see what is around a corner, and in that sense it’s one of the few franchises that has ever delivered on the promise of open world games. Where most are simply filled with boring nothingness in the name of scale, the Yakuza titles have always had small worlds, but so intricately designed ones that you’ll never go a minute without having your attention pulled somewhere.

The above applies to all Yakuza titles, and it applies to Yakuza Kiwami 2 as well. One aesthetic feature in this game in particular that I loved is the way it depicts Christmas. In any game developed in the west a “Christmas” setting would mean red and green tinsel everywhere and covering everything. But Christmas doesn’t mean much to the Japanese – it’s not even a public holiday – and while the country celebrates it, it’s more as an excuse to buy your partner a gift and enjoy the cold winter snuggled up together – it’s not that much different to Valentine’s Day. So the presence of Christmas is conveyed in a blink-and-you’ll-miss-it way in Yakuza Kiwami 2 – a Christmas carol will play over the audio in a store. A tree will be tucked away in a corner.

It might sound strange to spend a paragraph on such a tiny element of the aesthetic, but it is perhaps the best example of the complete attention to the smallest of details that has gone into this game. A lesser developer simply would have forgotten the Christmas setting altogether, or gone overboard with it. A confident, artful developer understands the value of tiny background elements like that in building a genuine sense of place and time. 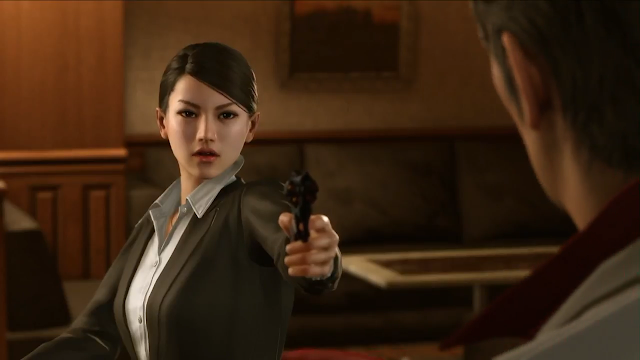 Of course, that authenticity doesn’t stop Yakuza Kiwami 2 from having a wicked sense of humour and the surreal, and this game had me laughing as much as in any other title in the series. Most of the humour is found in the sub-quests, as a way of breaking down what would otherwise come across as a too-earnest B-grade yakuza crime drama. So Kiryu finds himself dragged into a competition to build the best hostess club in the world, complete with an absolute mockery of a sinister rival club owner to deal with. Things will get really weird when Kiryu gets pulled into a photo shoot with a dude wearing nothing but bright red underwear, and being told to make an idol-like love heart symbol with his hands. Kiryu, the muscle-bound, heavily tattooed former head of a major yakuza clan, is there posing like he belongs to AKB-48, while undies-man is wriggling around on the floor looking for the perfect angle. And that’s not even the most ridiculous. That is reserved for the sub-quest where you help out another Yakuza boss and then to reward you he takes you to a kink club where patrons dress up in nappies and are mothered by the women workers there. You read that right.

Related reading: Our interview with one of the leads behind the Yakuza Kiwami 2 remake

These are just three examples across the dozens of typically hilarious sub-quests, filled with a keen awareness of the silly, sublime, and pop culture of Japan. Some of the more obscure references might skip by someone who isn’t so familiar with Japan, but not many. The localisation team has done a stand-up effort in making the title relatable to the broader western audience.

As I said, the contrast between the relatively serious main story and the sub-quests is there for a reason. Yakuza films are a popular sub-genre in Japan for a similar reason that Steven Segal films or B-grade horror films are in the west; they’re typically overly (and unnecessarily) violent and compensate for a lack of quality within the storytelling by being as extreme and subversive as possible. Many modern works that use the yakuza film template, such as Sion Sono’s brilliant Why Don’t You Play In Hell, meld humour in to deconstruct the genre, and to re-frame the work as something extreme, but cleverly so. Quinten Tarantino also achieved something similar with Kill Bill, and most people realise that something like Kill Bill, which mixes a healthy taste for the absurd in with the bloodletting and overwrought plot, to be so much more enjoyable and intellectually engaging than anything Steven Segal has pushed out. 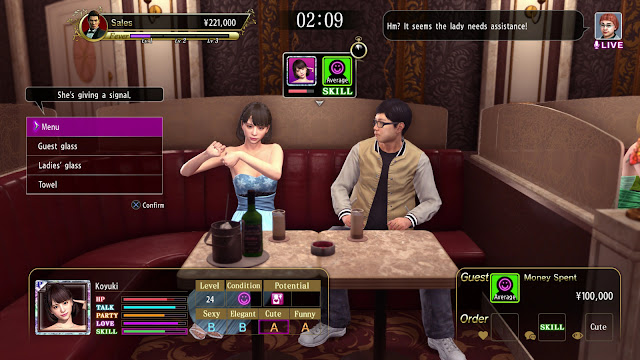 That’s where Yakuza – and Yakuza Kiwami 2 – stands. Without doing the sub-quests, it’s easy to lose the personality and charm of the overall experience, because in isolation, that main narrative hasn’t got the chops to pass as a serious work of crime narrative. But with those side-quests the otherwise extreme violence is suddenly contextualised as something amusing, and the gruff tone with which every major character talks seems that little bit more subversive.

For the relative few who have played the original Yakuza 2, in addition to the obvious face-lift, the new game also features an additional narrative arc for the ever-popular Goro Majima, giving him yet more screen-time to really cement his importance behind a secondary character. It’s a neat little character arc to play through, too. And, of course, there are so many mini games and other distractions to play through beyond the main and story quest that in terms of stuff to do, Yakuza Kiwami 2 will have you deeply immersed in its world for dozens of hours. And, finally, if for whatever reason this is your first Yakuza title, or you need to refresh yourself on the events of the first title in the series, there is a substantial (optional) summary that you can watch through at the start that will get you up to speed.

I personally got started with this franchise with Yakuza 4 back on the PlayStation 3. Since that first step into the labyrinthine politics of Japanese organised crime, I’ve found myself looking forward to each new release with more excitement than almost any other series out there. Not once has SEGA let me down, and Yakuza Kiwami 2 is no different. It’s a bloody brilliant game.