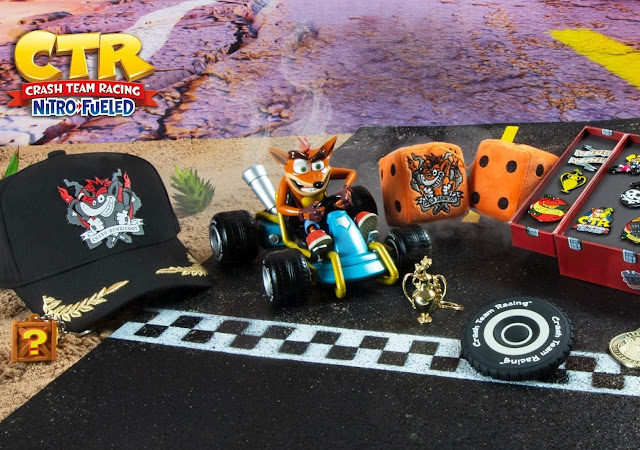 Today I took Crash Team Racing Nitro Fueled’s adventure mode to the next level by stopping in at Thunder Road – an actual kart track here in the US. I was lucky enough to receive a variety of official merchandise thanks to Numskull – and so I naturally decided to and put them into practice whilst doing the real thing.

On the way to the track, I loaded up my keys onto a keychain replica of the iconic crate from the Crash Bandicoot games. Sadly, there was no wumpa hidden inside when I dropped it and it rolled under my car (also don’t actually do this it’ll damage your merch). 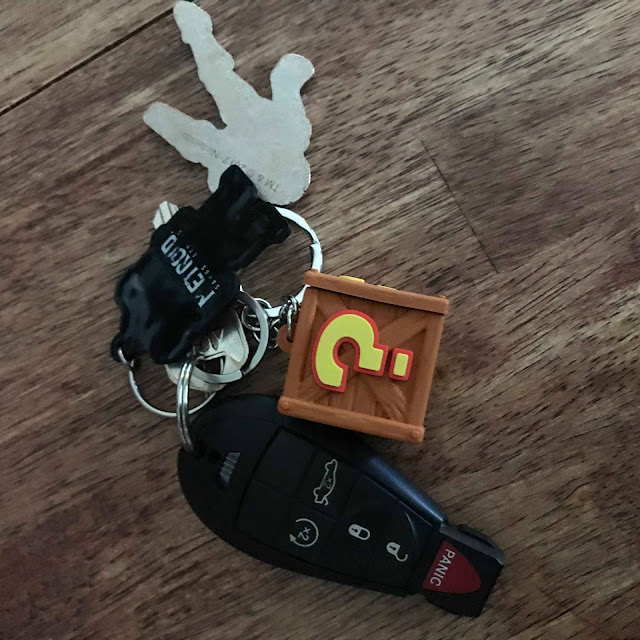 Nothing says that you take kart racing seriously like decorating your car with a set of enormous orange fluffy dice. It is such a colour pop in the car. Just looking at them while driving really gives you a retro 80s’ vibe, and makes you feel as if Crash himself is brightening up your car with his orange fur and nonsensical proportions. 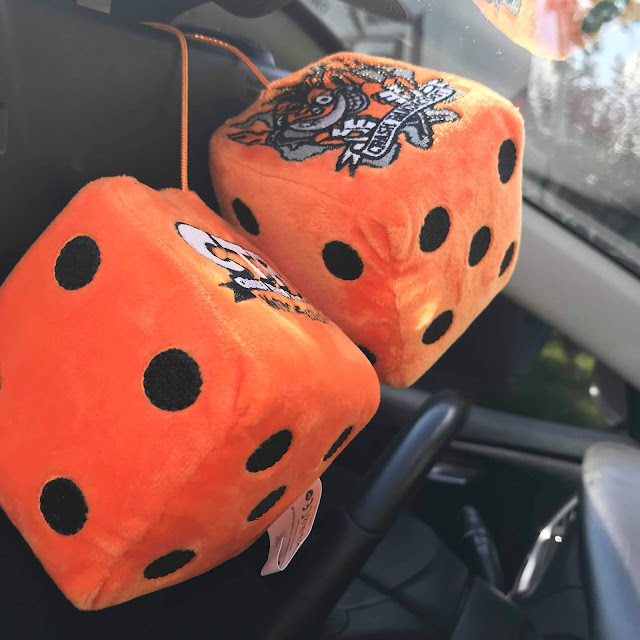 To top it off as we drove to our destination, we were able to inhale the scent of no other than Crash Bandicoot himself. Alright maybe it is not exactly ‘eu de bandicoot’ but it smells nice enough to use in the car. Two air fresheners come in the pack, which is great, but they aren’t individually wrapped which means that the second one will lose potency whilst you use the first one. The official description describes the scent as a ‘wumpa’ tropical scent. So at least we know what that smells like now. 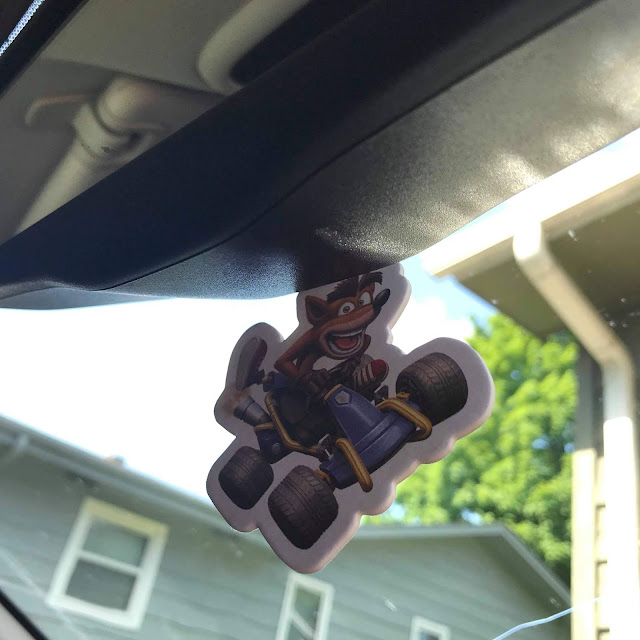 Once we got to the kart track we got with the reluctant modelling of the Cortex shirt, cap, and jacket, which you can see below, while I’m wearing just the Crash shirt. The quality of merchandise clothing can vary, but the good news is that here it is good, as it’s all manufactured from 100 per cent cotton. They are also true to size and comfortable to wear. Both designs are well put together too and are shirts that I would not hesitate to wear out in public on any given day. All the clothing items can be worn independently or together as they are unique enough that they do not clash when worn simultaneously. 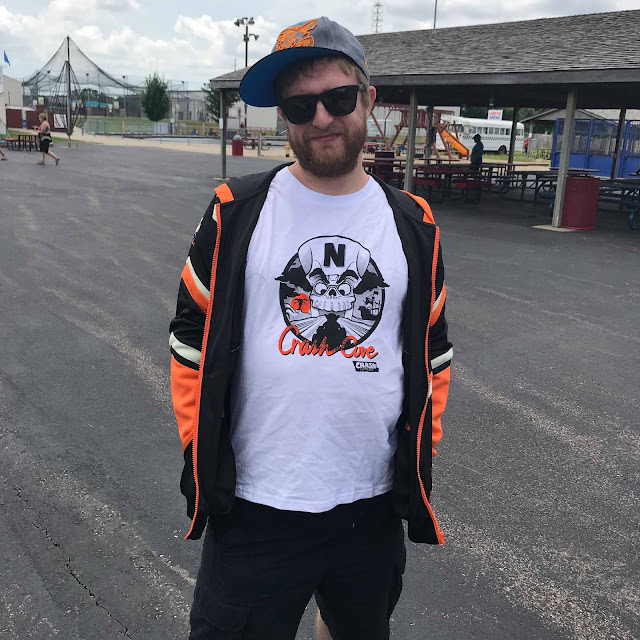 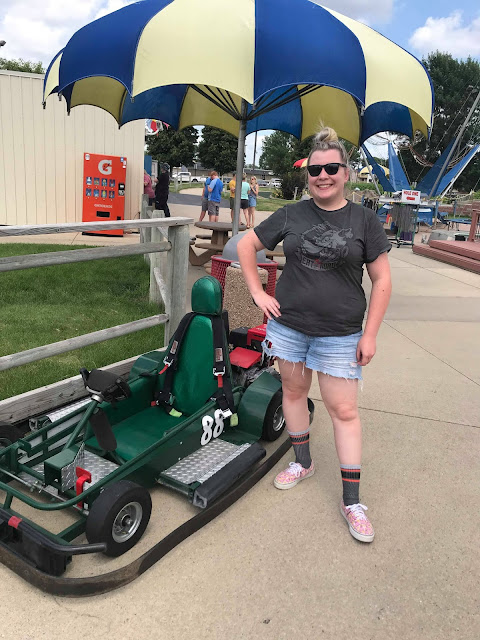 Below you can see the design on the back of the jacket. It suits the theme of the game and I personally feel like it isn’t too cheesy to wear in public despite the bold colours – one can definitely pull it off! The jacket, hat and shirt my partner was wearing all meld together into one uniform design which as mentioned above works together simultaneously to have you look quite stylish whilst also displaying your super fandom. 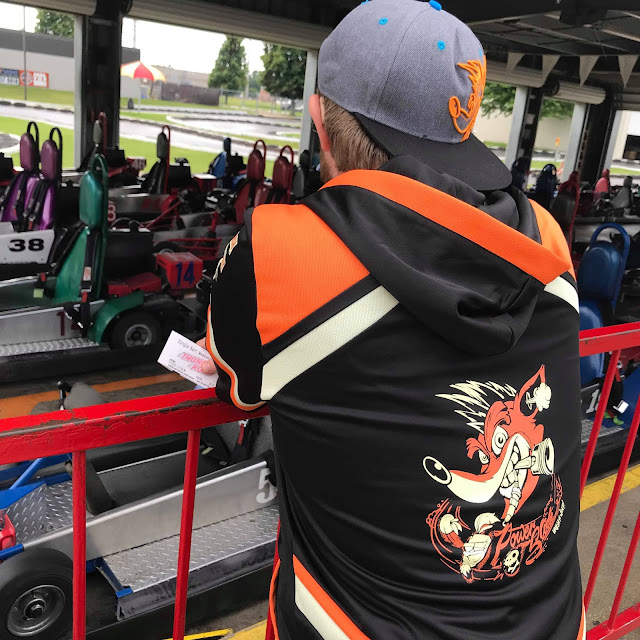 So then, all decked out in all this Crash gear and looking like the total kart racing professionals that we clearly are, it was time to get going with the racing! People mention that the difficulty curve in the game itself spikes significantly and given that this was my first time kart racing I felt there was a nice parallel there. However, practice makes perfect and by the second and third lap I was much more comfortable with real-life kart racing. You can really fell the car straighten out as you speed around a bend onto a straight path. The wind in you face replicates the sense of speed the game does. I don’t recommend trying to power slide while real-life kart racing, though. I can confirm that that doesn’t work so well. 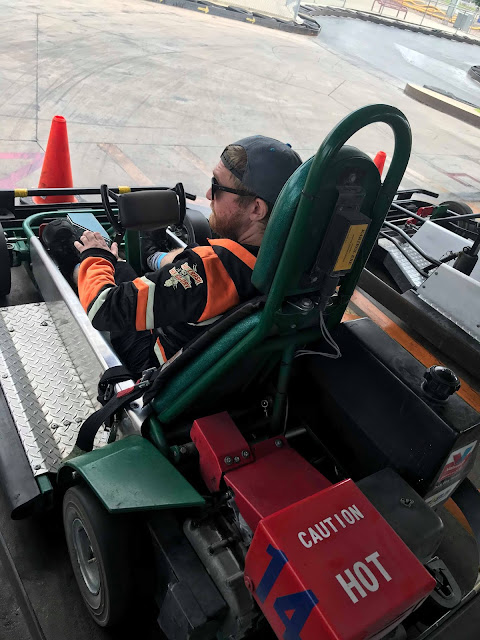 Once home we finished sat down to relax and replenished our energy with an apple I mean wumpa fruit. But really we were just testing out the coasters here. One is adorned with the logo of the game and another in the shape of a wheel. Both are made with firm material to hold your beverage of choice to keep rim and stain marks off of your table, and will clearly last over the long term. 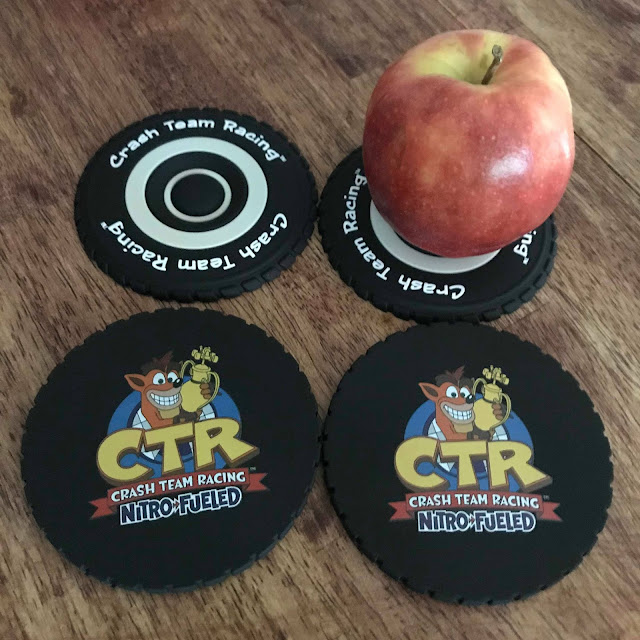 All in all, the quality of this officially licensed stuff that Numskull Designs sent me to test out is good, and it’s been great fun testing it out while kart racing. Given that the new Crash Team Racing is turning heads, I’d expect this stuff to find its way into plenty of homes,