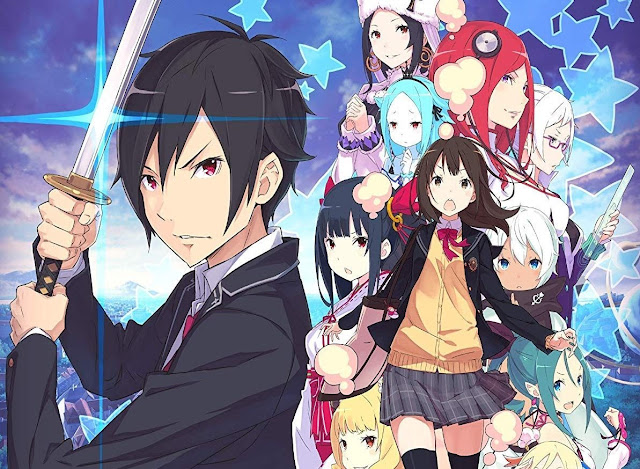 The latest in the Conception series, Conception Plus: Maidens of The Twelve Stars, has an Amazon listing, placing the release date on November 5 of this year. For those of you that haven’t come across the series before, Conception is a series of JRPGs in which your hero needs to “bond” with a range of cute anime girls, which in turn produces “star children”, who then do the fighting.

Related reading: Our review of Conception II, the last in the series to be released in the west

It’s not quite what you think – there’s some light fan service involved, but the star children are produced via a kind of magical effect, as the bond between the hero and one of the 12 girls deepens. There’s no night-time activities involved in the process. The game is satirical in tone, and a broad shot at the argument that comes from certain quarters in Japan that the young men and women of the country are failing it by not having children (i.e. resources) to help deal with the aging population issue that the country has.

Developed and published by Spike Chunsoft, the each game in the series has been a pretty decent JRPG to go with the oddball premise, and there’s no reason to think that this one will be any different. Spike Chunsoft has yet to make an official announcement regarding the game, though that is expected to happen imminently, and according to Gematsu, the expectation is there that there will be a PC version to go with the PlayStation 4 listing on Amazon.

Video: The problem with open worlds