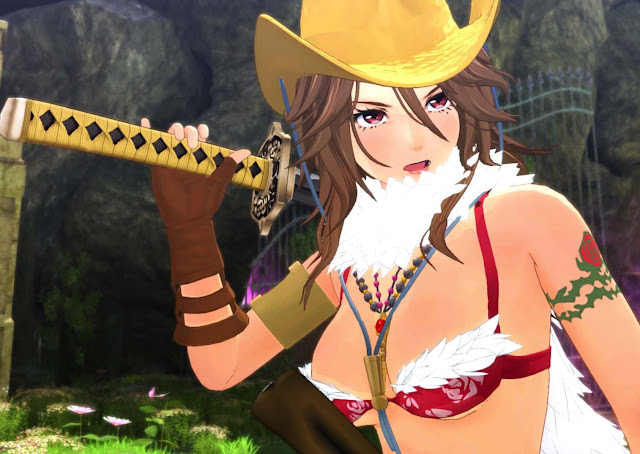 D3 Publisher is hard at work getting Onechanbara Origin out for PlayStation 4 – a full HD remaster of the original game. And this new trailer is… well, it’s certainly something very Onechanbara.
Related reading: Our review of Onechanbara Z2 Chaos: The last new game in the series, on PlayStation 4
For those who aren’t in the know, Onechanbara is the very epitome of B-grade, grindhouse video games. It’s a series about killing zombies in which the main protagonist’s default costume is a bikini, the other main character is a school girl with a skirt that leaves nothing to the imagination, and when the boobs and legs aren’t filling your eyeballs, it’s only because you can only see extreme gore from the violence.
It’s a magical, marvelous series. I love it so much.
This new trailer doubles down on all of that, with some pretty terrible heavy metal by a group called Broken By The Scream, intercut with scenes from the game (or perhaps it’s good? Not my genre of music). It’s one wild music video clip, either way.
We don’t have a release date beyond “Fall 2019” in Japan, and no announcement of a western release at all just yet. But the game is looking good, and D3 Publisher has historically been quite successful in finding localisers for this series. Fingers crossed!
– Matt S.
Editor-in-Chief
Find me on Twitter: @digitallydownld

This new trailer for Trails of Cold Steel III is spectacular