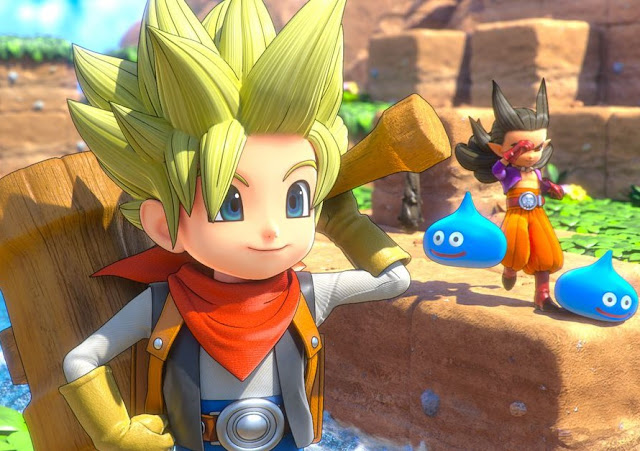 Related reading: Our review of the first Dragon Quest Builders

You’d be forgiven for thinking this is a sequel with just more of the same – the mechanics are identical to what appeared in the first game, down to the bright graphics and Akira Toriyama artwork. You’ll unlock a variety of tools that will help you break down and manipulate the environment around you into blocks that you can chuck into a backpack, and then reshape the world as you wish. As with the first game, you’ll also be led down a lengthy story which slowly introduces the game’s various mechanics, progressively expanding in scope and spectacle. The main changes of note are a swathe of subtle quality-of-life updates which were sorely missing from the original, and a new campaign which will keep players occupied for months.

One thing to note though for those who might be more familiar with Minecraft, is that Dragon Quest Warriors 2 continues to uphold the famous linearity of Enix’s JRPG franchise. Early in the game you’ll find yourself helping out some monsters who are running a prison ship – and you’ll be given three tasks: fix up the floorboards, move some barrels, and whallop a skeleton. You’ll have to do these in exactly the order the game requires you to – even though common logic would suggest that if you receive three tasks at once, you’d be able to pick whichever one you like to do first. This sets the tone for the rest of the game: you’re free to build and mine and construct, but only in the exact way and order that the game tells you to. Each island you visit is filled with NPC’s who are completely helpless without a builder, and will boss you around like nobody’s business. 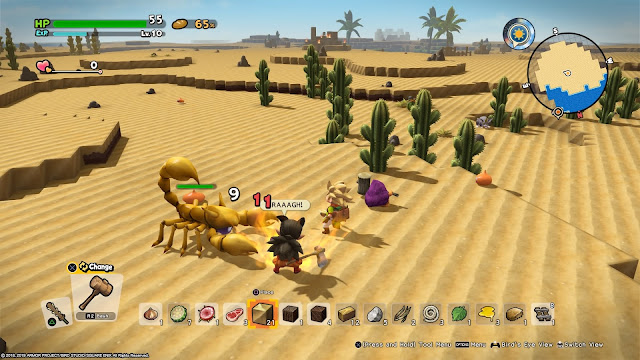 A returning mechanic which demonstrates this ethos is building by blueprint, which will task players with building large scale sculptures using exactly the right materials in exactly the right places. Your progression in the game is tied not to your own exploration and ingenuity, but rather your ability to amass resources to create what you’ve been asked to create. Thankfully, here’s where the quality-of-life updates kick in: Dragon Quest Builders 2 features AI companions which populate each of the game’s various villages, who (once they overcome their religiously zealous aversion to building) can help out by doing the building and farming for you. They’ll also form a handy militia in the event of monster attacks. There’s also been a welcome change to the inventory – you’ll be able to hold a near-infinite amount of objects in your backpack, switching them in and out of an “active menu”. If you’re going to be led by the nose by the game’s main quest, at least it’s not tedious.

Dragon Quest Builders 2 does open up once the player unlocks more areas of the Isle of Awakening, something of a hub world which the hero finds himself washed onto at the start of the game. Although it begins as a desolate wasteland, you’ll be able to travel to a variety of other islands, each with their own theme such as farming or mining, and bring back your resources and know-how to make the Isle of Awakening a nice place to live. The areas are a little bit more freeform too – instead of blueprints and quests you’ll be given more open-ended challenges, and you’ll have the choice of how you ultimately want the island to look. The repeated structure of returning to the Isle of Awakening also alleviates the stress of leaving your creations behind once the plot calls you to move on, which was one of my gripes with the first game.

The narrative drops a lot of lore references to Dragon Quest 2, both in its narrative and mechanics. Dragon Quest Builders 2 is set after Hargon, the antagonist from the original JRPG, has taken over the world and created an oppressive religion, in an attempt to summon the Lord of Destruction, Malroth. In Builders 2, Malroth is your amnesiac party member, and aside from some aggressive quips, isn’t too much of a threat. His awakening skills of destruction work nicely when defending the player from enemy attacks, and his personality is a lighthearted foil – very much a Vegeta to the silent protagonist’s Goku. 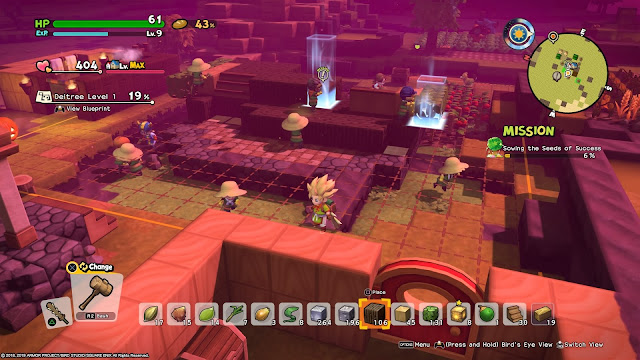 This is also a game with a strong sense of humour throughout, spearheaded by an excellent localisation effort that goes the extra mile wherever possible. Each NPC you meet has written dialogue that adopts an accent of some sort, which serves to build character in the absence of voice acting. The characters all seem to have a farcical attitude towards their absolute hatred of building – with some jabs to organised religion to boot – which had me chuckling as I played.

This all contributes to a lighthearted and non-threatening atmosphere. Even when the game’s narrative takes some dark turns, it always returns to the bright optimism reminiscent of shonen anime, where the hero is the chosen one with the power to save the world. The game’s mechanics and narrative go to great lengths to make the player’s ability to build feel like a real superpower. I particularly relished the moments where the building mechanics could be used to solve problems, rather than the game’s relatively no-frills combat system: some standalone challenges scattered around the game’s landscape are a great example of this. The boss battles similarly test the player’s understanding of different materials and interactions, which is great to see.

The game overall leans on the easy side, which definitely goes against my expectations for an entry in the Dragon Quest series. The original JRPGs were notorious for their difficulty spikes and enemies who would beat the stuffing out of you and send you packing to the nearest inn to be refilled with stuffing. Builders 2 is positively benign in that regard – you’ll almost never die since health items are plentiful and your AI party members are often strong enough to dispatch most enemies on their own, so all the player needs to do is run around avoiding things. Even if you do manage to run out of HP, Malroth will wake you up at a nearby safe location and it’s back at it for you – without any loss of progress or anything. 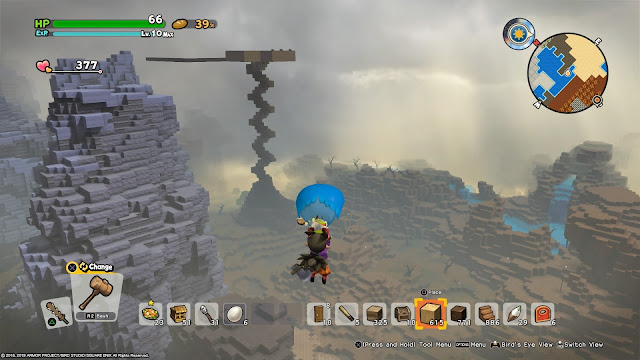 The real hard part though is getting through it all. The game’s campaign is monstrously long and paved with the same breadcrumby quests throughout – with unique mechanics and items being introduced as a drip feed. If you’re someone who would rather play at your own piece, rather than rigidly follow a plan, Dragon Quest Builders 2 might rub you the wrong way – it takes at least eight hours and a first boss battle before you get any meaningful choice in how you want to build your empire. That being said though, the game’s remarkably easy to play, and it’s not hard to blink and realise that the hours have whisked by because you were so engrossed in the little menial tasks. You’re always progressing, getting stronger, and unlocking the game’s enormous list of items and recipes little by little – and that feeling of pride upon looking down on your own creation is hard to match.

If you’ve played the original Dragon Quest Builders, the sequel is ultimately more of the same, except polished in very way. The slight improvements in building, inventory, combat and town management make this game an easy one to play, so much so that I imagine it’d be hard to go back to the first once you’ve become accustomed to the new mechanics. If you’ve got a lot of time to kill, Dragon Quest Builders 2 is a great choice – it’s clever, rewarding, and has a wealth of possibility.

A month of Final Fantasy XIV: Shadowbringers – Diary 1: A World Without Night