I can remember, in the first few days of World of Warcraft’s first expansion, logging in before going to school in the mornings. That way, if I was lucky, I might be almost at the front of the login queue when I got home at the end of the day. “Almost at the front of the queue” here means still another couple of thousand people, still at least another hour of waiting, but it beat the six, seven, eight hour wait that would come with only joining the queue when I got home.

I’ve been around MMOs long enough to know that these sorts of issues are part and parcel of the launch of a new expansion. Things have gotten better over the years as technology has improved and developers have learnt how to better prepare, but it’s still a reality for MMO launches. You get a sudden influx of players, all concentrated in the same few areas of the game, and with that comes server stability issues.

I mention this because Final Fantasy XIV: Shadowbringers is, I think, the smoothest MMO expansion launch I’ve ever seen. I haven’t had to wait in a login queue for more than five minutes, I haven’t experienced a single server crash, and there have only been a couple of outages for emergency maintenance—each of which came with sufficient advance warning, and was completed quicker than advertised. 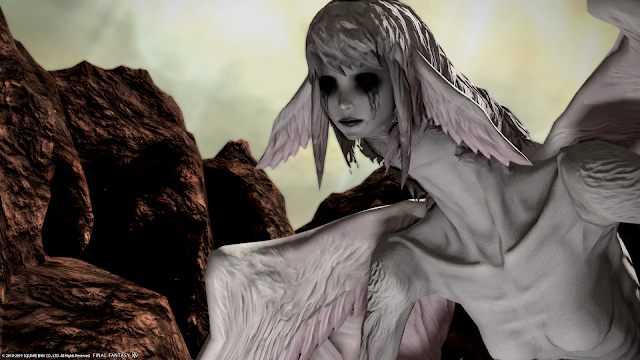 Admittedly, part of this is due to my time zone; my evenings are the very late nights or early mornings of American players, meaning I’m usually playing at a less congested time. But even so, I’ve been playing on American servers from a New Zealand time zone my whole MMO life, and I’ve still never seen as smooth a launch as this. Whatever magic Square Enix weaved on the Final Fantasy XIV servers ahead of Shadowbringers’ launch, it worked.

Shadowbringers sees the Warrior of Light (that’s you) and a few of her companions suddenly dragged into an alternate dimension of sorts. This particular iteration of the world has been almost entirely destroyed be an overabundance of the power of light—challenging the heroes’ assumptions that light is inherently good. The few areas that haven’t been completely wiped out haven’t seen the night sky in a hundred years, and the survivors live in constantly fear of “Sin Eaters”: demonic angel-like beings that kill with reckless abandon.

Being the heroic types that the hero and her dimension-hopping companions are, they naturally find themselves protecting this world’s people from the Light; so it is that the Warrior of Light becomes the Warrior of Darkness. But more than just an altruistic move, saving this world is also the key to saving the heroes’ own world (referred to as “The Source”), with the imbalace of power between light and dark threatening to skew the power of the elements in The Source and bring about a cataclysmic event. 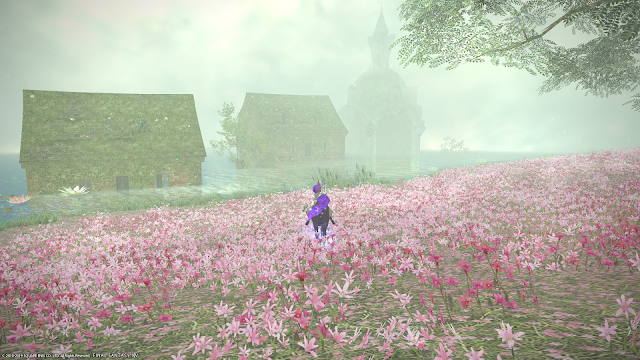 In other words, it’s a set up for an adventure that sees you travelling across a handful of new areas, hunting enemies that wouldn’t look out of place in a Bayonetta game. It’s not the most original concept, but Final Fantasy XIV’s typically excellent writing and voice performances make it a gripping tale nonetheless. In my quest to hunt the Sin Eaters’ ringleaders so far, I’ve delved into an ancient, trap-filled temple, Indiana Jones style. I’ve seen a bizarre city where the wealthy live in luxury—the world’s doomed anyway, so they may as well enjoy their final days—while the masses live in squatter camps outside, desperate to be picked to join the “paradise”. I’ve helped revive a golem so that I could use a golem-powered trolley to cross an expanse of desert, and brought life back to a struggling mining town in the process. I’ve danced on stage in a… certain sort of “club”.

Sticking close to the formula of previous expansions, Shadowbringers introduces six new zones to explore, and they’re some of my favourite in the whole game. Il Mheg in particular stands out: it’s home to various different races of faeries, all living in little communities around the outskirts of a lake formed over an ancient city that was long since drowned. Huge fields of flowers, rolling green hills, and the serene lake make Il Mehg’s landscape utterly beautiful, and the pixie magic that hangs in the air gives it a dreamlike, ethereal quality that’s not like any other region in the game.

Shadowbringers’ other significant new additions are two new jobs: Dancer and Gunbreaker. I’ll admit that I haven’t played either of them much yet, aside from just doing their initial quests that serve as an introduction to how they play, but that’s enough to colour me intrigued. Dancer in particular seems like it’ll be very interesting to play; it’s categorised as a damage dealer job, but its whole shtick seems to be focused on buffing other party members. As someone who leans towards support classes anyway, I can’t wait to spend more time exploring the Dancer job. 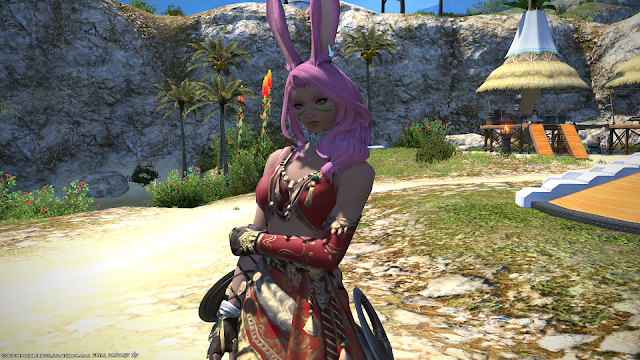 I’m less convinced by what I’ve seen so far of the Gunbreaker. It’s a new tank class, but aside from the aesthetic of using a gunblade as a weapon (and the nostalgia from having an attack called Rough Divide), it doesn’t really feel much different to any of the other tanks. I’m hoping that will change at higher levels, but time will tell.

Still, from what I’ve played so far, Final Fantasy XIV: Shadowbringers is a fantastic expansion. It opens up some of the best new zones we’ve seen to date, and I can’t wait to see where the Warrior of Darkness story ends up going.