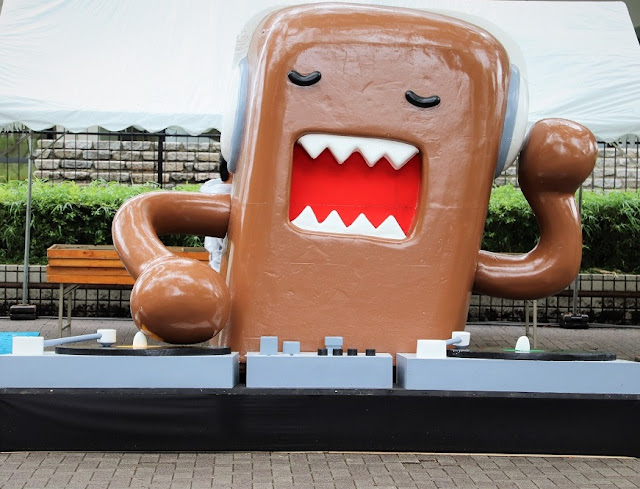 NHK World isn’t anything new, but I don’t think I’ve ever actually written about it on DDNet in the past. As it’s something I watch religiously – more than I even watch Netflix, let alone free-to-air TV – I figured that I should remedy that. So here’s why NHK World is the most essential TV that anyone with an interest in Japan should be investing time into.

NHK World is the global branch of Japan’s national broadcaster – NHK. It’s presented in English, and has a full 24-hour programming, behaving much as any other free-to-air television channel does, and as with all international broadcasts, the principle goal of NHK World is to enhance the nation’s soft diplomacy efforts by showcasing what Japan is about, and the country’s global role.

The breakdown of NHK World is as follows – every hour there’s a half hour news bulletin, of which there’s generally two broadcasts per day. Yes, this means there’s a lot of repetition that happens there, but it’s the other half hour of every hour where the really interesting stuff happens – it’s a mix of travel and culture, documentaries, and in-depth focuses on Japanese anime, technology, science, business, fashion, film, food, and music.

Some of the highlights of this programming include:

– Tokyo Eye 2020 – As the name suggests, this show takes you to various parts of Tokyo to help you get the most out of any trip to the city. It specialises in taking you to places a little away from the obvious tourist traps, while still giving you that idealised “tourist” experience of Tokyo’s food and entertainment landscape.

– J-Trip Plan – This show specialises in taking you to parts of Japan you just wouldn’t think to visit otherwise. There’s the rare episode showcasing Osaka or Tokyo, but for the most part with J-Trip Plan you’ll find out about places like regional cities found in Tottori, Miyazaki, Ehime and so on.

– J-Flicks – This is a semi-regular film discussion show that focuses on new releases from Japanese filmmakers, as well as the performance of Japanese films and filmmakers at world film festivals and at awards. Given how difficult it can be to follow Japanese cinema outside of the film circuit, this is one of the best resources for staying up-to-date with what’s going on out of one of the largest (but domestically-orientated) film industries in the world.

– Japanology +Plus – This show picks a different topic with regards to Japanese culture, history, and heritage each week, and then gets experts to discuss how the Japanese view the topic and the impact that it has had on the culture. Topics are as varied as underground shopping malls to gacha machines, and fried food to haunted houses.

– Journeys in Japan – This is my personal favourite show in NHK World. Each week, this show follows an expat living in Japan, who visits a regional area, experiences the local culture, talks to the people that live there, visits important local sites, and really tries to understand how life works for these people. I find this show particularly interesting and useful to learn about what Japan looks and behaves like outside of what everyone already knows about the country.

– Kabuki Kool – If you’ve ever been interested in understanding Japan’s take on theatre, then Kabuki is a good, relatively accessible place to start. In this show, the hosts (which includes one professional Kabuki actor) talk you through a play – what the plot’s about, what the key themes of the performance are, and what to look out for as an audience. Much like with opera, you don’t really need to understand the language to appreciate the performance in Kabuki, but it does help to know what the play is about going in, and that’s where Kabuki Kool comes in.

– J-Melo – J-Melo is a music show that focuses specifically on Japanese acts. And, no, I don’t mean AKB-48 or Hatsune Miku (though  I certainly wouldn’t complain if the latter did focus prominently). Rather, J-Melo is about finding and highlighting the more local acts, or those that have a degree of prominence overseas. Perfume, for example, has been highlighted on the show more than a few times. Meanwhile, I actually discovered my favourite music group – Roth Bart Baron – through this show, and there’s no way I would have just bumped into their music otherwise.

– Anime Supernova – Anime Supernova is, as the name suggests, a show that focuses in on anime. But again, it’s not so interested in highlighting the most popular material – Love Live! and Attack on Titan don’t show up prominently in Anime Supernova. Rather, this show highlights the more creative, artistic, and niche Japanese artists, and features in-depth interviews on their creativity and process.

In addition to all these regular shows, NHK World features a range of amazing, highly interesting one-offs and short series. There was a four-part look into Miyazaki, of Studio Ghibli fame, for example. Other particularly memorable shows that I’ve watched include an hour-long documentary looking at how an international team was able to recreate a lost Hokusai painting when they had nothing but a faded black-and-white photo to work with, and a Tokyo Olympics special in which a kimono specialist embarked on a task to create a series of kimono dresses to represent every country at the Olympics, with one kimono per nation. The only problem is that there aren’t enough kimono artisans left in Japan for such a massive undertaking in such a short time…

Another great one-off was an hour long documentary on ex-international footballer, Nakata Hidetoshi, and his attempts to bring sake to the world, and a four-episode special, looking at legendary poet, Miyazawa Kenji, and where his poetry came from.

I spend a lot of time in Japan, and an awful lot more reading about the country and learning about it. NHK World has become an important cornerstone of my learning, and there isn’t plenty of new, fascinating TV to watch.

The best thing is that so much of this is available on catch-up. The best way to watch NHK World is through the (free) app that is provided over iOS and Android. There are a couple of shows that you’ll need to be available at the time that they’re broadcast to watch (Cool Japan – the show in which an international panel discusses the various aspects of Japan and whether it’s “cool” or not is a notable example), but for the most part you’ll be able to tune in whenever you’ve got some time spare. For me, it’s something I usually like to do an hour or two before bed.

In short, NHK World is possibly the best resource and guide to Japan that’s available in English. As it is part of the national broadcaster, the production values are high, and each of the shows is hosted by well known expat or English-fluent personalities that work out of Japan – the likes of Ota Amy, Thane Camus, Chris Peppler, Bobby Ologun, and Horan Chiaki. It’s one of the best resources for anyone interested in learning more about the country – and absolutely essential if you’re planning a trip to Japan (and interested in seeing more than what the typical tourist would).

Hatsune Miku is back, baby! And she is GORGEOUS on Switch