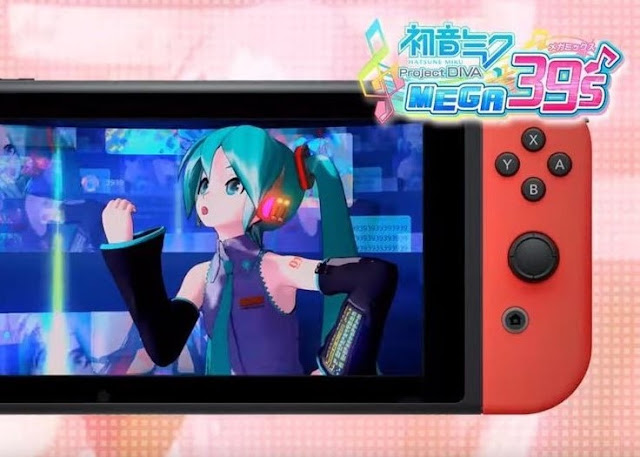 I woke up this morning and, as I usually do, checked in to see what was going on on Twitter. I see a flood of comments. “Oh no”, I think to myself. “What corner of the Internet have I offended this time?” Reading through, though, I instead see people saying things like “Matt’s going to be so happy when he wakes up.”

Related reading: Here’s a 4,000-word review on why Hatsune Miku is the best series of games ever.

Then I get to the reason. A new Hatsune Miku game! What’s more, it comes to us from SEGA, the developer of all the amazing Project Diva titles. I assumed SEGA had lost the license for a wide variety of reasons. Oh ye of little faith I was. SEGA would never let its most beautiful character and important franchise go. And so, let me introduce you to the new SEGA Feat. Hatsune Miku project: Mega 39’s.

This game won’t come until 2020 (I’M ALREADY COUNTING DOWN THE DAYS), but it will be the first time that the teal-haired goddess performs on the Nintendo Switch. Finally, after a thousand rhythm games, the Switch will get the pinnacle of the genre.

We can already see from this teaser trailer thing that there will be new music… and hopefully some new costumes as well. And I can’t emphasise this enough: SHE IS SO PRETTY on the Switch. This game looks like it’ll be a big step up, even from the highs of the last “proper” Miku game – Project Diva X.

I assure you all, we will be covering this game in full.