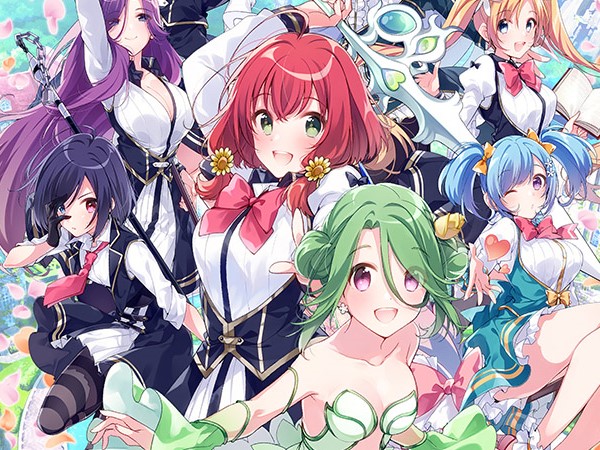 Developed by Matrix Software (a very talented developer indeed) and published by D3 Publisher (who like the fan service games, that is for sure), Omega Labyrinth Life and Labyrinth Life are finally getting a full western release. The games – which are all about growing boobs to Z-cups to maximise the combat power of the characters – will release on August 1 (yes, just a few days away)

PQube was originally going to be the ones to bring this series to the west, but the the proverbial hit the fan and put the kibosh on that. D3 Publisher managed to get it right this time around by releasing one game on Nintendo Switch, and heavily editing the other to pass muster with Sony. If you care about the lewd fan service than the Switch title is the way to go, but if that doesn’t matter to you and/or you only have a PS4, then you’ll still find plenty to enjoy from the PS4 release, because Matrix Software make good games, and who doesn’t like a good roguelike?


To help clarify for players the difference between the two, D3 Publisher released a comparison chart, which is truly hilarious, and contains some of the most amusing text I’ve ever seen in official PR copy:

“Use ‘Size Up’ to play the touchable event”

“The object squeezed does not appear in-game” 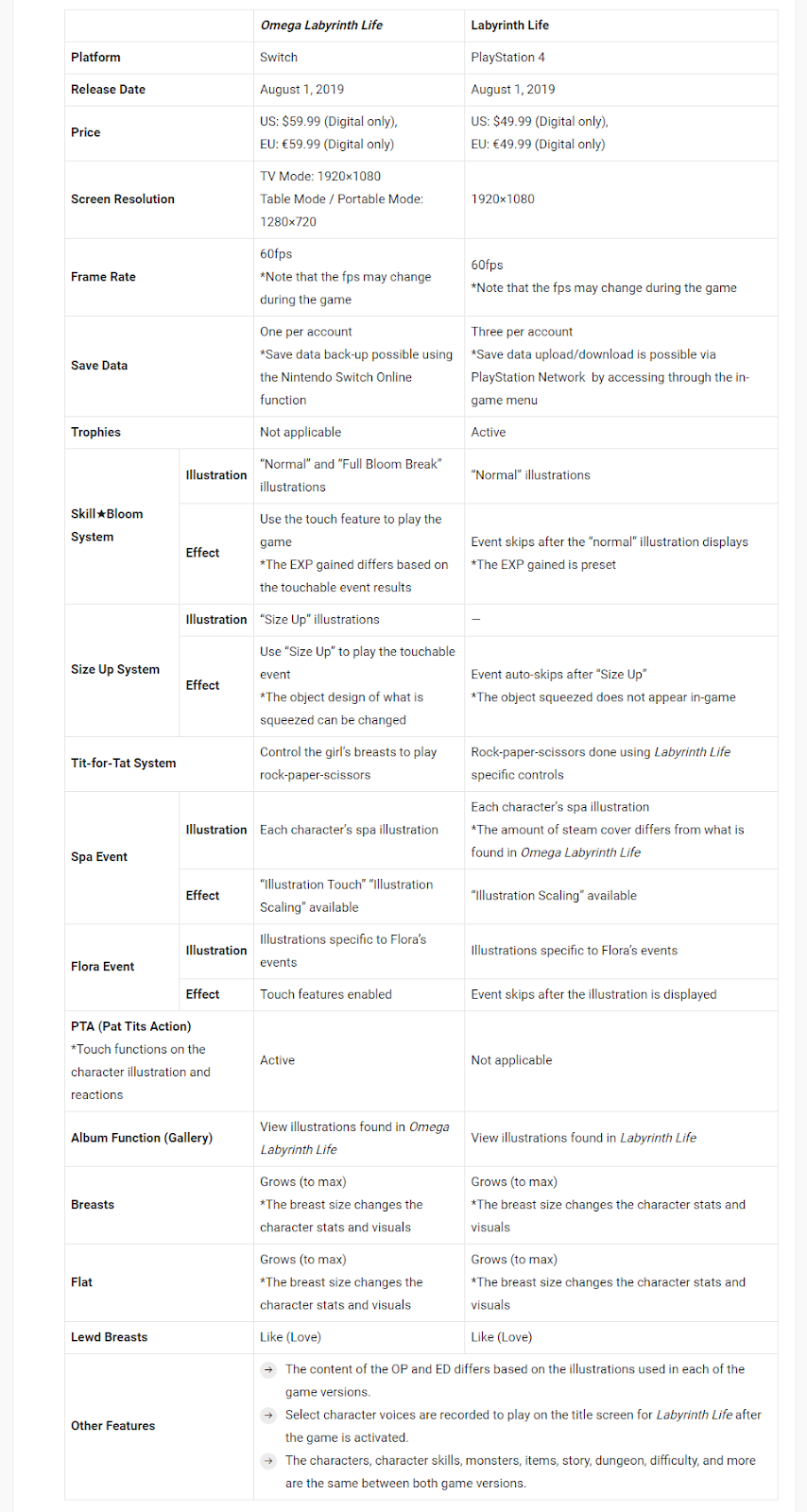 This game is going to be all class. See you all after I’ve recovered on August 1. Mind you as a fan of Marie Rose, Hatsune Miku, and so on, I’m not sure that a game about inflating breasts is actually my speed. Oh well, I’m sure I’ll find out soon enough.