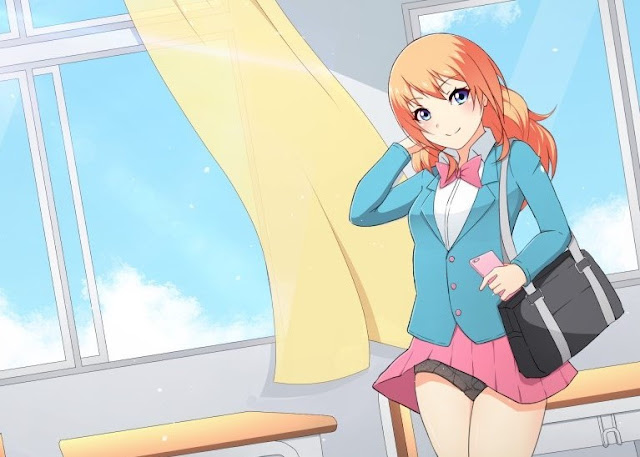 If you’re not already backing me on Patreon, now might be the best time to do so! Since starting the Patreon a little while ago, I have struggled to find a way to make it really worthwhile for my backers – to find the “value add” to thank you for supporting me. I never wanted to lock my DDNet reviews or coverage behind Patreon, because I never wanted readers to feel like they were forced to back me. As such, the Patreon has behaved a little like a virtual tip jar, for people who really enjoyed my stuff and wanted to help me buy a beer or two along the way.

But I think I’ve figured it out now. I think I’ve come up with a genuine extra that is related to the site, but doesn’t need to be covered within it. I’m going to announce it now: We’re going to start making visual novels, starring the website mascot, Dee Dee!

They will be very short little games (at least at first), and they’ll relate to what we talk on about on the site. Short as they are, they will have all the elements you expect of visual novels – original art, dialogue trees, and fan service.

Oh yes, there will be fan service. You don’t for a second think I would ignore that, did you?!?

I’m not going to set a precise time frame for how frequently they will be released (mostly because this is new to me and I don’t really know how long it will take me to fully produce each one), but I’m aiming for a good frequency. The games will be distributed over itch.io, and while you would be able to buy them there, I’m going to set the price up a little, because I really do want them to be rewards for Patreon backers. For Patreon backers, a simple $1/month backing will be all that’s needed to get access to every VN as it is released (though of course I would appreciate a larger backing)! Codes to each new release will be sent automatically to each Patreon backer.

Really, I don’t see these as a product that I’m selling. It’s a way of saying “thank you”. You’re backing me for all the writing and analysis on the site, the podcast, the videos, and the many other things we do. The least I can do is give you some fun little VNs to play in return for that support.

So, stay tuned for more news! Again, your support on Patreon is so very welcome, and it really does help enormously to know that there are people out there enjoying and finding value in what we do.

If you would like to start backing me on Patreon, click here! All further updates on the first VN game will be posted over there.
Share this