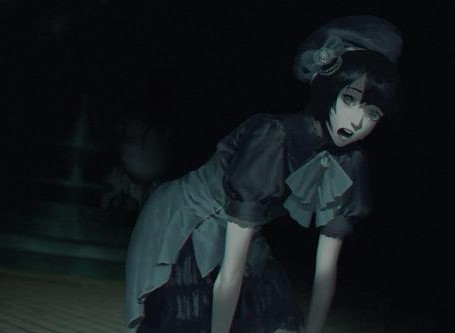 If you haven’t played Death Mark yet, you absolutely should. It’s a brilliant example of horror writing and storytelling, and one of the most intelligent, atmospheric visual novels ever crafted. And now, courtesy of Aksys Games, we are going to get its sequel: NG.

NG will release in October for a wide range of platforms – PlayStation 4, PlayStation Vita (yay!), Nintendo Switch and PC, and there will be physical released for both the PS4 and Switch releases. Based on the description of the game, it sounds like it will pick up exactly where its predecessor left off:

NG is the second entry in the new Spirit Hunter series, and the companion story to last year’s award-winning sound novel, Death Mark. NG follows the story of a young man on a life-threatening quest to discover who – or what – is responsible for the disappearance of his little sister. To save her, our protagonist must team up with shady characters, face down spirits of legend, and make difficult decisions that can greatly alter the outcome of the game. Can you save your sister and stop evil from destroying all that you hold dear? Or will you find yourself just another victim of an angry spirit?

Mechanically, it promises to be the same experience too, being a blend of traditional VN, and dungeon crawling-like exploration sequences. You’ll come up against bosses and then need to use a combination of items that you collect along the way to defeat them.

What will be interesting to see is whether the developer, Experience Inc, is able to continue the thematic tone of Death Mark. That game’s was notable for the way it completely indulged in the fetish side of horror, with some highly sexualised imagery to go with the nightmare. Hopefully this one continues in kind, because that was a fascinatingly distinct thing for a horror game to do. Most horror games rely on grotesque monsters to convey a sense of fear. Not eroticism, even though in every other art form, horror and eroticism are common thematic allies.

We have a release date for Atelier Ryza in the west!