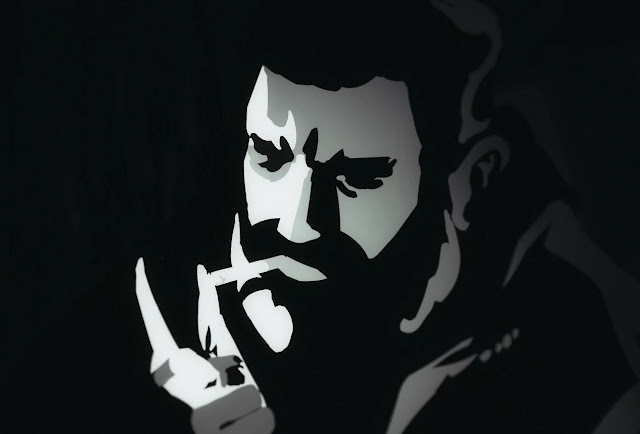 It is now approaching winter, and that means driving home from work as night falls; the lights flicker and illuminate the city in an almost foreign way. During the day the city seems busier and brighter. The night brings an odd contrast, it is quiet, and yet hectic. The pools of light conceal what a city doesn’t want a person to see, but shows you what it does. It’s no wonder this aesthetic and visual would inspire storytellers and artists.

Night Call is noir, through and through. You almost expect Humphrey Bogart to show up for a cameo. While people are not inherently broken, the night lights shine only on the mysterious nature of humanity. Every person has a story and a destination, and a darkness and potential for cruelty. Sometimes they align with the truth you are after, other times their truth could be a whole new path of intrigue.

Set during modern day Paris, Night Call puts players in control of a taxi driver. The kind of taxi driver which is familiar with every street and corner within the city. This isn’t some modern car sharing driver that hands water bottles to you so they can get those all-important 5-star ratings, no this is the other mob. And then a cop pressures you into becoming their confidential informant, providing information on what is happening on the street. This creates a routine where during the night the player will drive around the city, picking up fairs and getting information from passengers. This information helps the cab driver pay his bills and keep himself going. 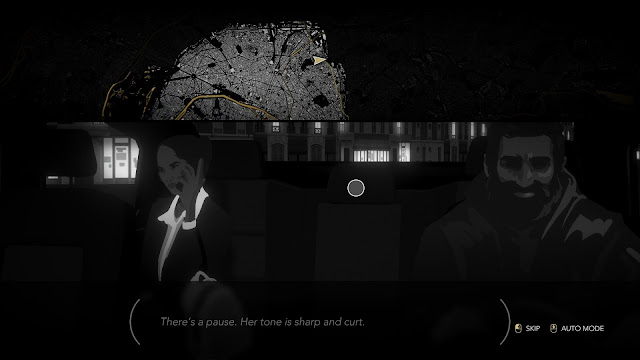 On top of having to keep enough money flowing in to keep the rent paid, you’ve got to keep your taxi driver’s car in good working order. Or, in other words, put petrol in the thing. There is one amazing feature that has the potential of turning the game into a game of the year candidate… okay, yes, I’m overstating the impact of needing to cruise around and find petrol stations ever so often just a tad, but it really does help the environmental storytelling in Night Call on top of the art style and other aspects of the game.

As the preview was short, I spent my time going back to the start to experience each different dialogue option to see how my decisions would affect the narrative. The main structural pieces of the game didn’t sway much when heading down different narrative trees, and that’s a little disappointing on the surface of it. However the gameplay seems to be fairly non-linear in that I was able to chase down different passengers and decide not to engage with some, which I’m hoping will lead to some significantly different paths through the game in the full release. The good news is that the conversations well written and engaging, and this game has a strong sense of place and theme. One passenger, for example, was a priest that described the taxi cab as a confessional in some ways. Which in the Night Call it certainly is, you will lend an ear to peoples stories, only this isn’t altruistic, and that play between confession and a kind of betrayal, as you use that information to further your own aims, really plays nicely into the noir tone and genre.

With multiple endings and multiple killers, I fully expect that the full release of Night Call will feel less static and its nonlinear approach to investigation, based on who you’re talking to, will make peoples heads tick over like a proper whodunit. That spiritual conversation you had with one passenger may be the sign they are the murder, or alternatively a simple red herring, a miss direction in a game with potential multiple playthroughs to lead you down a wrong path. 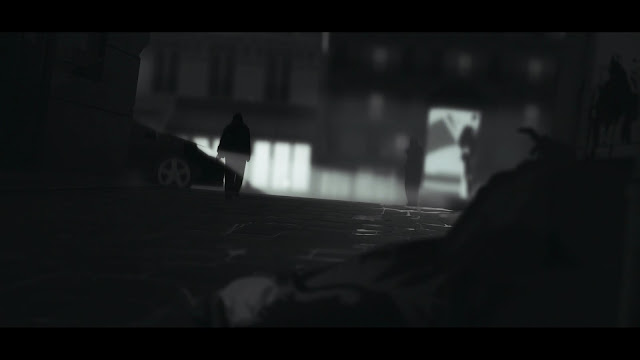 Night Call is due out later this year on PC and console platforms, and the noir art style and narrative will be one which will let it stand out among other titles. I do fully expect that this one will become an indie darling of sorts.