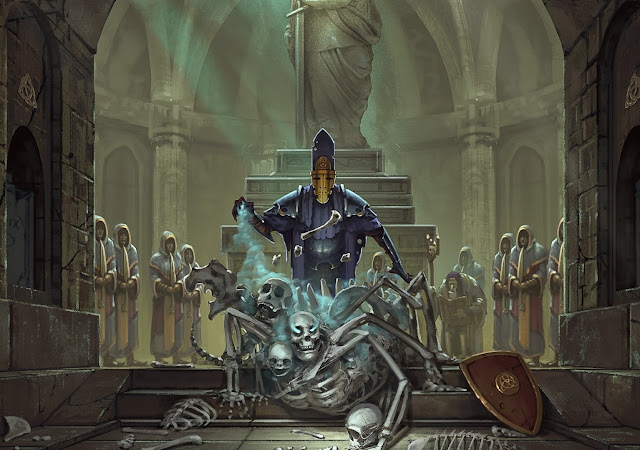 Well, if Ubisoft won’t do it, you can always trust an indie to step in. We’ve been waiting quite a while for a new Heroes of Might & Magic experience. The venerable blend of strategy and RPG has fallen well off Ubisoft’s radar as a key priority, but thankfully Coffee Stain Studios has stepped in to pick up the slack there. Songs of Conquest isn’t exactly Heroes, but it’s heavily inspired by it, and exactly what we want to see.

As described in the announcement press release: Songs of Conquest is a classic adventure strategy game where players will shape the fate of their kingdom. In a land brimming with magic and opportunity, they will command armies of otherworldly beings and powerful combat magicians, ‘Wielders,’ as they undertake quests, battle monsters and dominate enemies. To raise the ultimate fantasy empire players must focus on developing war strategies using the games’ unique combat system whilst optimizing build orders, managing resources and exploring the rich and unique fantasy world.

The game has that pixelated look that indies go gaga for, but it’s also beautiful and distinctive, so hopefully the gameplay can match.

E3 2019: Here are the release dates for The Legend of Heroes: Trails of Cold Steel III

E3 Trailer: Get a look-see at this new Vampire: The Masquerade game