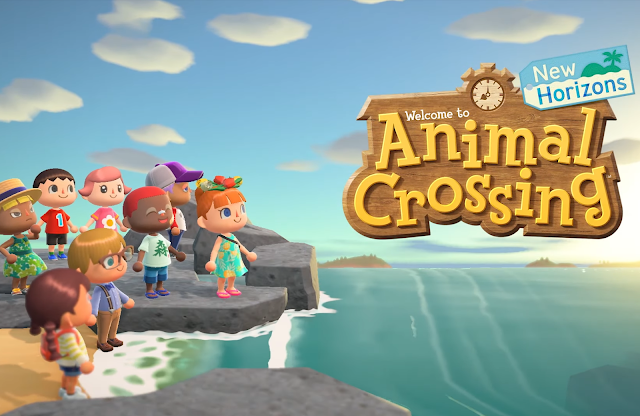 It’s not an exaggeration to say a good portion of Nintendo Direct viewers were waiting for news on the upcoming Animal Crossing; I was one of those people. And I was absolutely not disappointed.

Nintendo Treehouse Live showed off a good bit of gameplay from Animal Crossing: New Horizons, as well as discussed the title more in-depth than the Nintendo Direct did. Commentary is by developers Kyogoku Aya and Nogami Hisashi. Watch the entire video here.

Animal Crossing: New Horizons does something different compared to earlier Animal Crossing titles, and that’s placing the player on a deserted island versus a pre-existing village. This gives player the freedom to build everything from scratch.

Nook, Timmy, and Tommy are there to greet you at the island, sporting appropriate island gear. Nook, Inc. is a development company, and that’s how the player ends up on the island. Your island life begins in a tent, which you can choose to pitch on grass or sand. You begin with bare minimum supplies. Furniture moves like it does in Happy Home Designer and Animal Crossing: Pocket Camp, in half units; this adds versatility to decorating. Furniture can even be placed outside. 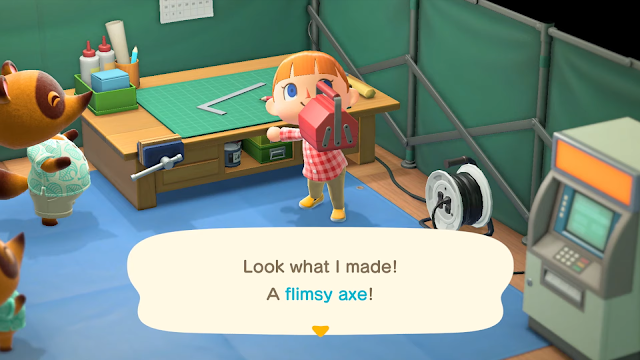 DIY Recipes is where you can craft anything from tools to furniture. That’s right, you need to craft your own shovel, axe, etc. Crafting uses up material found around the island. Every time you pick something up, there’s a chance it will be used for crafting down the road. You can craft using the workbench in Nook’s tent or from your Nook Phone.

Animal Crossing has always been based on the real-world time and season, but the first time the seasons change properly for both the Northern and Southern Hemispheres – no more winter in summer and vice versa, Aussies!

Aside from crafting, there is another new feature in Nook Miles. It kind of works like airline mileage programs; you earn miles for just moving to the island, and can collect miles for everyday tasks and crafting. Miles can be exchanged for items and activities. 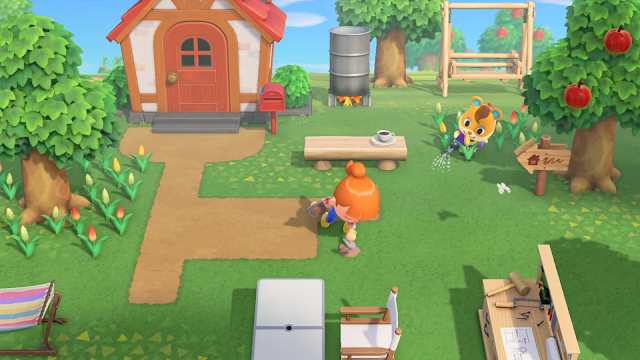 You can call friends to join you on your island using the Nook Phone. It calls another resident that lives on the island – not outside friends. Eight players can live on a single island. You share the Joy-Con controller, one piece each. You have to stay within reach of each other, but co-op can be fun even in a small space! You can change the leader as well, and a little flag appears over the leader’s head. There will be online multiplayer, but it isn’t being talked about yet.

The game’s sound effects are made from actual sound effects, giving it a new, realistic touch. When there’s wind, leaves will sway depending on its strength.

Stay tuned, as I’ll keep everyone updated as the release date comes closer! Animal Crossing: New Horizons will be exclusive to the Nintendo Switch, and launched on February 20, 2020.