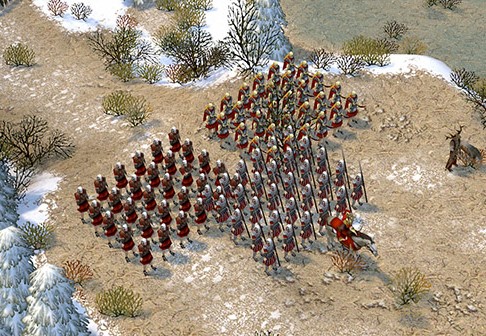 Looking away from the major conferences and stage shows at E3, there’s always a couple of little gems that struggle to get the attention that they deserve. Often they come from Kalypso, a mid-tier publisher that has many of the most interesting properties. This year is no different, with Kalypso announcing HD remakes of two beloved titles.

The first is the squad-based tactical title, Commandos 2. This one is being developed by Yippee Entertainment for PlayStation 4, Xbox One, PC, Nintendo Switch, iOS and Android, and will release in Q4 this year. Commandos 2 is all about completing missions behind enemy lines. Completely out-manned and out-gunned, you need to use the environments well, as well as the unique abilities of each Commando, to complete missions against overwhelming odds.

The second is the classic RTS, Praetorians. Developed by (Aussie) studio, Torus Games, Praetorians HD Remaster will release on PlayStation 4, Xbox One and PC (sadly no Switch nor mobile), also in Q4. This game takes you back to the era of the emerging ancient Roman empire, and the wars that it fought with Egypt, Gaul, and other nations that would eventually become part of the empire.

Kalypso has helpfully combined both games into the one trailer. These are both genuinely beloved classics, so it’s going to be interesting to see how they hold up for the modern audience.

E3 2019: Heroland gets a delightful new trailer and release window