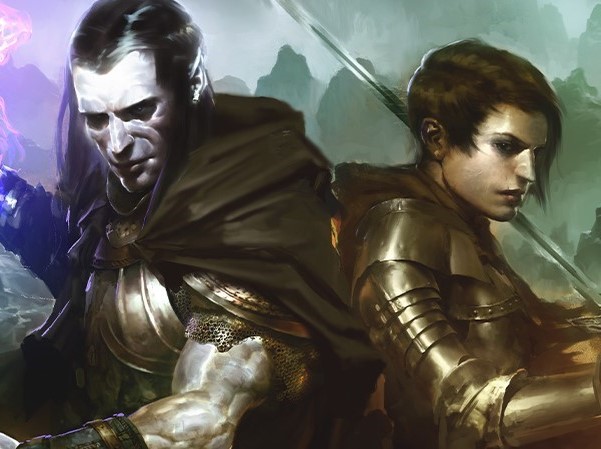 Stand alone “expansions” are often very hit and miss. What goes in? What impact does it have with the original storyline? What does it add? Finally, is it worth it? With SpellForce 3 having released last year, Soul Harvest is quick on its heels in order to give us more action, and it’s pretty decent stuff.

Related reading: Read our review of the base game

Answering outright probably one of the biggest questions, is SpellForce 3: Soul Harvest worth it? The answer is yes, but not just because it’s more SpellForce this quickly after the last run at it. Soul Harvest, while being a stand alone, is actually a sequel to SpellForce 3 and starts up about two years later, after the end of the war that it portrayed. Taking control of a disgraced general being summoned home, you are given the reigns of the elite Wolfguard. Soon finding out the reason of the Queen’s summons, you are told that the previous protagonist, and leader of this elite unit, was killed in battle and the Queen deems you the best replacement as she believes in second chances. Ready or not, you head out to do her bidding.

Now while I could “complain” about having to again go through a tutorial this soon in order to get acclimated with the basics, having the tutorial in a stand alone is not a bad thing. The tutorial, which is important if you’ve never played, allows brand new players a chance to get comfortable with the systems before they truly get thrown from the frying pan into the oven. The other thing that this tutorial does is introduce you to your new protagonist as he’s essentially reliving the nightmare of what happened to disgrace him in the first place. This is pretty important storytelling, and allows the developers to get that stuff out of the way before the campaign proper starts – another smart decision. 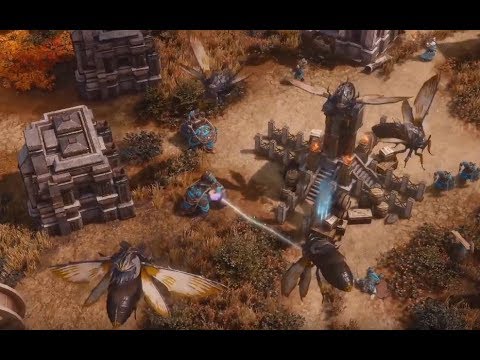 The SpellForce series is an interesting one as it combines RTS elements alongside a top-down RPG adventure. Your protagonist, main party members and the mercenaries that you can hire and equip all level up and become customisable, allowing you to configure them as you see fit. By doing so, your adventuring across the map is eased somewhat as you generate troops from the barracks in order to go show your opponent who is who. Generated troops are dispensable but your heroes are named and important, as they gain experience levels and skills as they continue on. Thankfully, there’s always a God stone nearby in order to resurrect from if they should die.

From there, SpellForce does what it’s good at. There’s a careful enough blend between the RPG and RTS elements where you need to accumulate resources and build up a camp to either go to war or to dominate the local residents like giant ugly trolls. The RPG quests themselves are also more than top level fluff to fill in the space. Yes some are the standard fetch quest variety, but then there are deeper quests with stronger storytelling elements – such as that time you need to track both a missing person, and the search party that went looking for them before also going missing. There are some strong narrative directions and decisions that the characters make, and plenty of those directions are debatable.

Even with SpellForce 3: Soul Harvest releasing so close to SpellForce 3, it’s worth it. The new storyline alone alongside the well crafted systems for both the RPG explorations and the RTS building of armies makes for a good time for both new and old fans alike.