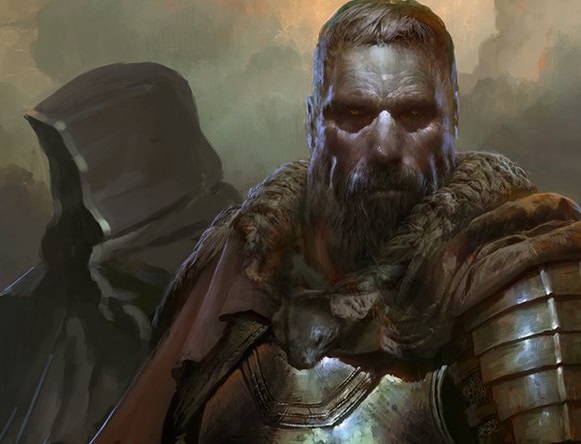 The SpellForce series has always been an interesting one. On one hand you have an RPG adventure with quests and exploration, while on the other you have and RTS. Using elements of both, this series has provided unique challenges as your party can level up and gain new abilities while simultaneously building bases to either protect a location or brute force open another. That’s what’s on offer with the newest one too, and it’s great fun.

I still remember sitting down to SpellForce for the first time. WarCraft 3 had already come and was still going strong. But while the two share some similarities in that heroes can level up during a campaign, SpellForce did it differently. Instead of simply having a “hero” around at all times, your protagonist was not only an extension of yourself the player, but they could move between areas and camps and do their own thing while you, the player, issued orders to your armies. It was different and appealing enough to build a foundation that the series has continued to build out on since, and it really does work.

In order to move forward you are going to need to build a solid base, pun unintended, in order to work out of. It a system that has been designed to be very people centric in a way as each building type has workers that can operate out of it in order to produce wood, hunt or farm for food, mine stone and so on. Having gone in this direction means that you simply can’t spam out an army as fast as possible. There are ways in order to speed up the process of building an army, such as getting more people into the establishments that require it such as moving workers to the barracks to bring in more food to train soldiers, but even these workers are finite. So while you have your heroes exploring the lay of the land and gaining experience to level up and become more powerful, you’ll also have to work hard to build up a stable base and enough of an army to repel the inevitable attack on it. 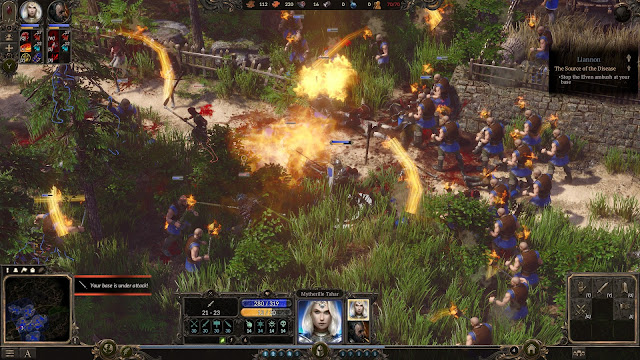 Finally, and possibly the most brilliant and at times aggravating part to the whole of building a base, resources are finite to small areas. It’s standard RTS practice that no trees means no wood and no stone means no stone, of course. RTS titles have always been good at expressing humanity’s capacity for depleting the resources around it, forcing it into ever wider expansion and, eventually, conflict over land. It’s the same deal with SpellForce 3. When you look to put a resource generating building down, you’ll be told how much is available in that area. If you need more, then you’ll need to build expansion bases. The more you have the faster things can be done but also the more that can go wrong and the more you have to defend. So a big part of SpellForce’s strategy is wrapped up in making sure you’re able to expand in such a way that you continue to have access to the resources that you need.

From there on out it becomes a matter of experiencing the world as you see fit. Heroes and armies can be moved around in order to either explore the lands or dispatch an enemy. Not to simply fall into more of the RTS category however, your heroes, and more importantly your protagonist, can come across people to talk to to get some interesting information. For people who are looking to hurry through the game, a lot of these conversations (which have conversation trees and all) can be skipped through in a hurry, and certainly that will be the temptation when your base is under attack or you’ve got other things to worry about. But it’s worth spending the time to run through those conversations because the information is often useful and character building. Also, being an RPG, having these elements helps differentiate it from being a stock-standard RTS.

Where things could have used a little bit of work were the inventory management. As with any RPG, each character can equip a variety of different pieces so they look cool, or boost their stats, and this part of the interface is fine. Where the problem lies is with regards in the inventory storage which is simply a rectangular block that does not allow you to move items around manually, so you can’t arrange things in a way that you’ll like to. It sounds like a small complaint, but there’s so much going on in the game that a more refined inventory system would have been helpful in getting the at-a-glance information that you need. 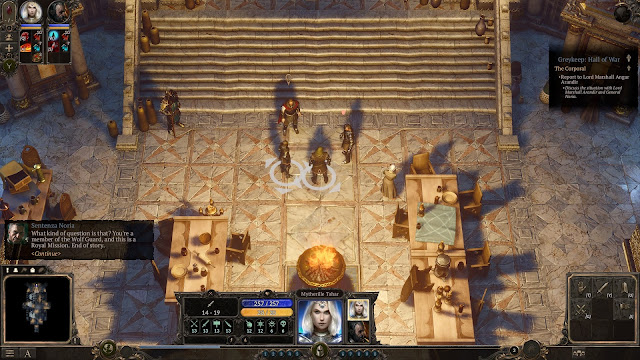 Overall SpellForce 3 is a great addition to the series. With an engaging storyline, interesting characters and gameplay mechanics it manages to straddle the line between genuine RPG and RTS better than most other attempts, which generally end up strongly weighted one way or another.

Two Point Hospital just looks like the most delightful fun