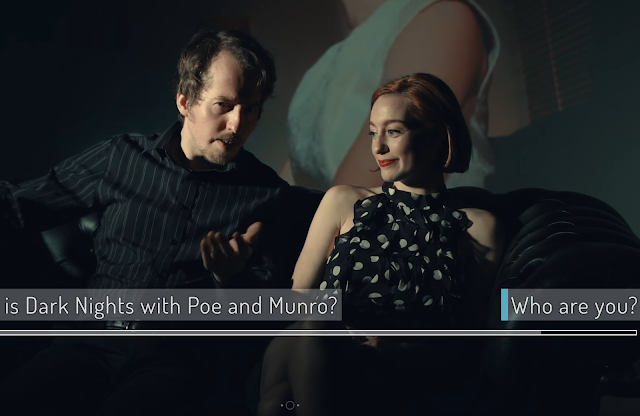 Dark Nights With Poe And Munro is an FMV game from D’Avekki Studios. A spin-off of The Shapeshifting Detective, it focuses on the two featured radio hosts. Klemens Koehring returns as John “Pope” Poe, and Leah Cunard is back as Ellis Munro.

If you’ve never played a D’Avekki title, the interactive trailer that was released today will give you a glimpse at what they are like. The trailer takes on an interview format, with the viewer asking questions to learn more about the game. Like D’Avekki games, the trailer has branching questions and randomly selected endings.

The trailer is available here via Eko. 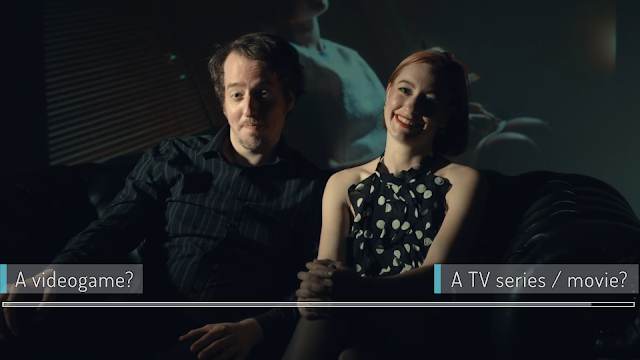 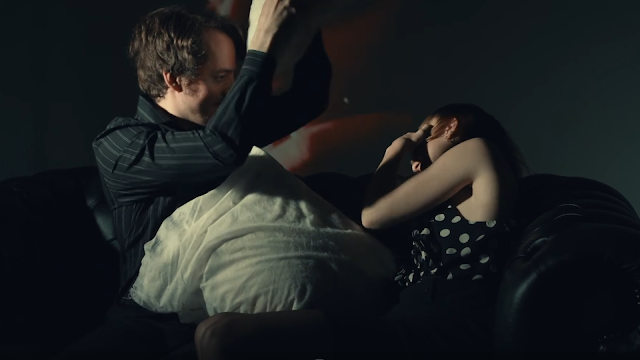 As far as we know, this type of interactive trailer has never been done before, but being groundbreaking is nothing new for D’Avekki Studios; earlier this year, the developed launched The Infectious Madness of Doctor Dekker Live, a one-time spin-off of the FMV title (which I adored, by the way). Doctor Dekker followed a psychiatrist replacing another, deceased doctor… a murdered doctor. Question his patients to find out which one of them did it, all while there’s a common thread of some very Lovecraftian mysteries occurring.

I love the story behind D’Avekki Studios, and will honestly take any chance I have to rave about the husband-and-wife team. They began making murder mystery games in 2004, but branched into FMV titles with The Infectious Madness of Doctor Dekker. Not only that, but they both always have time to interact with fans on Twitter.

Dark Nights With Poe and Munro should launch on console and PC later this year. It will comprise of six 25-minute episodes, each self-contained and with 100% Full Motion Video. It promises the same branching narrative and supernatural themes that were present in The Shapeshifting Detective.

Experience Inc has one final Vita game to share