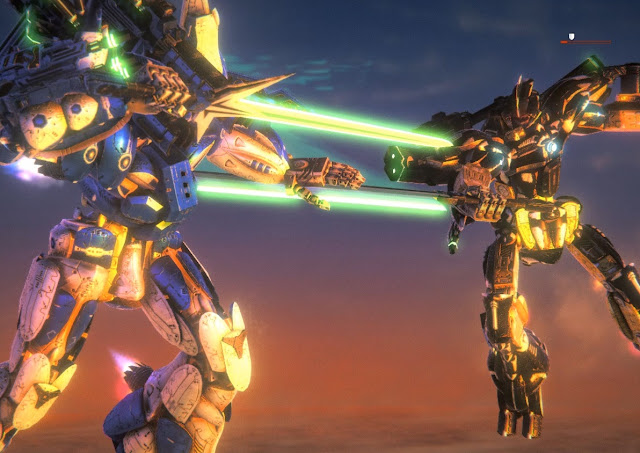 In 2018, a developer called Drakkar Dev released a title called War Tech Fighters onto PC. It’s one of those games where you pilot massive robot things to pulverise the other massive robot things that stand against you. It has been pretty well received over there in PC world, and now it’s coming to all the consoles – PlayStation 4, Xbox One and Nintendo Switch.

The game promises “hundreds of thousands” of customisation options, as well as 33 missions in the single player narrative, and a survival mode for the experts to mess around with. You’ll be able to fight with everything from long-ranged sniper rifles through to melee, and enjoy the combat either in third person or first person modes.

We don’t get enough of these kinds of games any more, so it’s good to see War Tech Fighters pick up the baton – as you can see from the trailer below, it really is a good looking game.

It releases on all platforms on June 27.