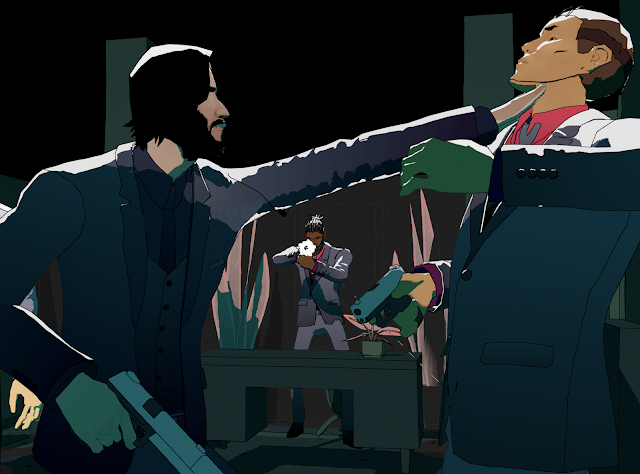 I’m not sure I’ve written a headline that is more awesome on face value than this, but Mike Bithell, the developer of indie mega-hits like Thomas Was Alone, Volume, and Subsurface Circular, has landed himself the job of bringing a John Wick video game, in collaboration with Good Shepherd.

John Wick is all about extreme violence, done cool, and Bithell looks like he’s nailed that, based on the early trailer. John Wick Hex bills itself as an “action-orientated strategy game”, which was developed in close collaboration with both the creative and stunt teams behind the film.

Some tidbits of information, from the press release:


Every move in John Wick Hex feels like a scene from the movies, and every fight contributes to your progress on the job and requires precise strategic thinking.

Perform well and progress in the main story mode (which features an original story created for the game) to unlock new weapons, suit options and locations. Each weapon changes up the tactics you’ll use and the manner in which you’ll play. Ammo is finite and realistically simulated, so time your reloads and make the most of weapons you scavenge on the job.

John Wick Hex complements the style of the films with a unique graphic noir art design and features the world class voice talents of Ian McShane and Lance Reddick amongst its stellar cast, with other cast for the game to be revealed later.

The game will launch first for PC (Epic Store) and Mac, with a console version coming later on. I cannot wait for this one.