Nintendo has announced the three NES classics that it will release on its ever expanding Nintendo Switch Online library this May 15… and it’s a pretty good update!

Fans of the most classic of classic games will be able to enjoy:


Donkey Kong Jr: That’s the one where the Kong family gets revenge on Mario, who has turned evil and captured Donkey Kong. It plays in a similar way to Donkey Kong, only Junior – the hero this time around – also has the ability to climb up vines, and has to avoid alligators rather than just barrels. It’s got a better layout than Donkey Kong too, if you ask me.

VS. Excitebike: This is the multiplayer version of the classic racing game, complete with a track creator, for extra longevity. If you play in single player you can still save high scores, and there are plenty of tracks to choose between, so it’s all good, all round.

Clu Clu Land: The more obscure of the titles this month, Clu Clu land is a blend of maze games (think Pac-Man), and puzzler. There’s 20 stages to complete, and the later ones get hard, so this one will last you more than a while as well.

As SNK ramps up towards the release of its next big fighter, Samurai Shodown, the team has been sharing a new character trailer every week. This time around we get to see Charlotte in action.


Now, if you’re thinking “that’s not a very samurai name,” you would be right. Charlotte is a “wandering French noble,” and she – and her fighting style – is more based on the European style of swordplay. Which is fine. Variety is good, and Charlotte is gorgeous anyway.

This one is due out on June 27 in Japan, and some time in “June” for the rest of the world. There will be Switch and PC versions to go with the initial launch on PlayStation 4 and Xbox One, but those come later.

Idea Factory’s Arc of Alchemist has been slightly delayed

Arc of Alchemist was all geared up to be the next big Idea Factory game. Coming on the back of Death’s End Re;Quest, we were looking forward to this one, which looks like it too might share Death’s End’s surprising subtlety and nuance. 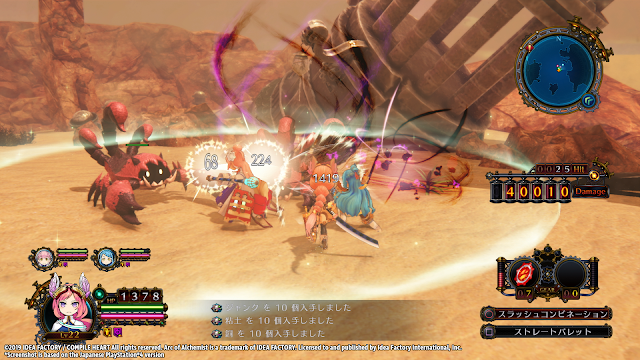 Alas that doesn’t seem to be, as the publisher has announced that the game will not come out in “summer” (winter for us Aussies). Instead, it will now launch around six months later, in “winter” (which means “summer” for us in the southern hemisphere).

There’s no specific release date at this time, but I wouldn’t expect it until after Christmas. Idea Factory’s not going to want to go up against the deluge of other Christmas season titles.

Here’s the baseball game I actually want to play