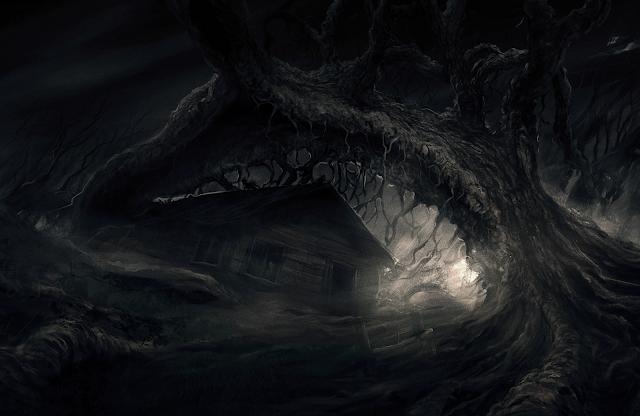 I expected to like Darkwood. I really did. The survival horror title promises not to hold your hand, to let you figure out how to play as you die repeatedly. I’ve played Don’t Starve for dozens of hours, so this didn’t phase me. The premise and the gameplay is intriguing. But the game? It’s nearly impossible to know what’s happening because the text is so tiny that I couldn’t read it. The devs made a grave error in ignoring such a basic element of accessibility in the UI.

But first, the game itself. It’s all about survival, and you can only really explore to find items during the day. There are hordes of monsters beyond the trees, waiting for nightfall to come for you. The dimly-lit days must be spent collecting and stashing and crafting to prepare for what’s to come. It reminds me a bit of This War Of Mine in that regard; you need to use very limited resources to make some tough decisions on what is most important, for example, a weapon or a barricade?

The large map will never tell you exactly where you are, so you need to pay close attention to your chosen path to successfully find your way home. A nifty, although somewhat unoriginal, gameplay mechanic has enemies only appearing in the light; dark areas may appear empty even when they aren’t. Everything that isn’t well-lit takes on a misty grey quality. I adore the graphics representation of monsters too: visually, they’re exceptional. 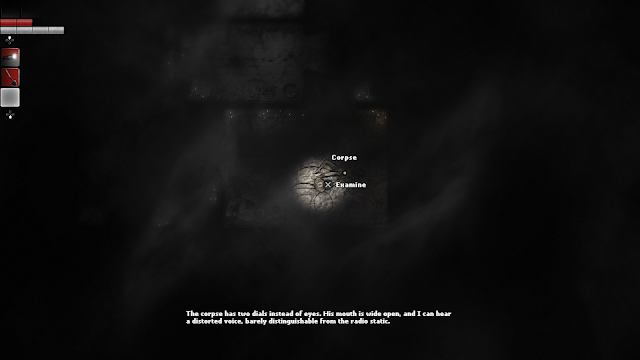 Darkwood plays well enough, with rather intuitive controls (although it did take me far too long to figure out I could move objects). The characters are well fleshed-out — pun intended — and you do feel real stress when it comes to holding their fates in your digital hands.

Darkwood already had years of history behind it at the time of its publication on the PlayStation 4 this month. The game earned over $57,000 via crowdfunding in 2013, and premiered on Steam Early Access the following year. It took three years to finalise the game, with its full PC release occurring in August of 2017.

Because of the history of collaboration between players’ opinions and the game dev, as well as the overwhelmingly positive response on Steam, I wanted to like Darkwood. I really did. I went into it expecting such, which was my mistake. There are good bits, but the game doesn’t work well for consoles in its current state. 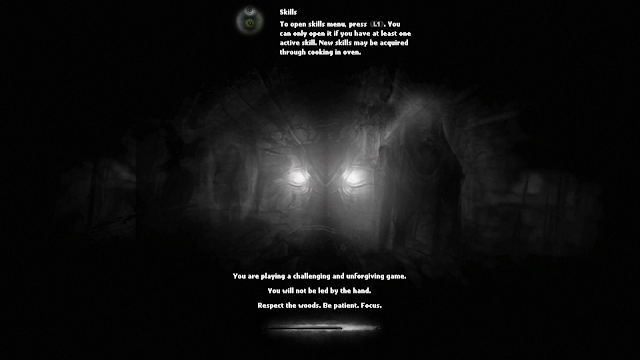 Rarely does a game give me such a negative opinion so quickly, but Darkwood makes itself stand out in all of the worst ways. The worst of the worst? It is goddamn impossible. I’m not talking about gameplay, no: it’s impossible to see and read and experience. All of the text is extremely tiny, so I really struggled to comprehend what was going on at any point with regards to the characters, narrative, and all that other stuff that is actually important to the quality of a game like this.

Accessibility isn’t all that difficult. Make sure the text is large and accessible from the outset, and then let people scale it down to increase the ambient mood if it’s too big for them. That’s it. The fact some designers don’t consider text an important part of their game is beyond me, and everything is text in Darkwood. In the absence of voice overs, the ability to change text size and font becomes that much more important.

Darkwood promises not to hold your hand, but that doesn’t mean make it unplayable. Some points of the game seem vague to make it difficult for the sake of being difficult. Cooking pulsing mushrooms equals injectable essences, which is never explained (or was, but I couldn’t read the text) until a skill chart appears once you have enough, and then you can muddle your way through on visual intuition. There is a difference between hand-holding and throwing someone to the wolves, and I don’t appreciate the latter. That being said, once I did understand what was going on I did love the way essences work to level up your character. Actually, I really loved it. This game has some great systems kicking away underneath. 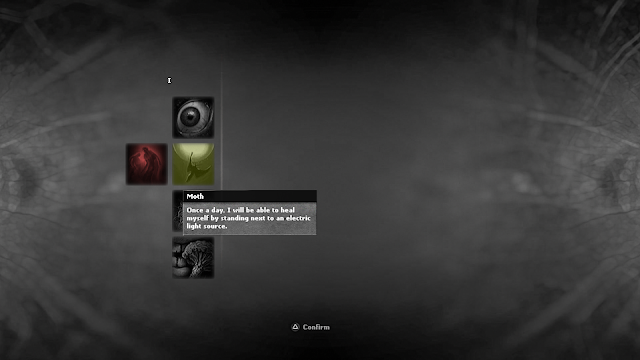 Day changes to night, but there’s no way to tell where in the span of a day you are. This can likely be fixed by trading for a watch later (watches being there to tell time and all), but still, it’s a nuisance when half your gameplay is spent waiting around for something to happen. If there was a way to speed up time, it would have helped to have been able to read through the inventory, or the tips on the screen as the game loads. But I couldn’t do that.

There also seems to be some great lore in the game, with an intriguing setting and an unsettling atmosphere. But, as I’ve already alluded to more than a few times, it became too painful to read the text to appreciate the context. I assume that this is because for the PC players are close to their monitors and aren’t reading from a distance, but that’s no excuse. The game was published on console and should have been properly adapted.

I need to make this crystal clear, because I’m certain that there will be some who see the score and get upset that I’ve “attacked” the game; I thought going in that it would be something special. I think it still probably is something special. But with the console and television set up that I’ve got, and no apparent way to make the text and font more legible, I wasn’t able to experience what makes this game the stand-out horror experience that the other reviews suggest that it is (and I’ve got no reason to believe that those reviews are in any way inaccurate). Unfortunately for me Darkwood is unintelligible, and I’m genuinely sad that I wasn’t able to appreciate the many merits of a game because I simply had no way of actually making sense of it.