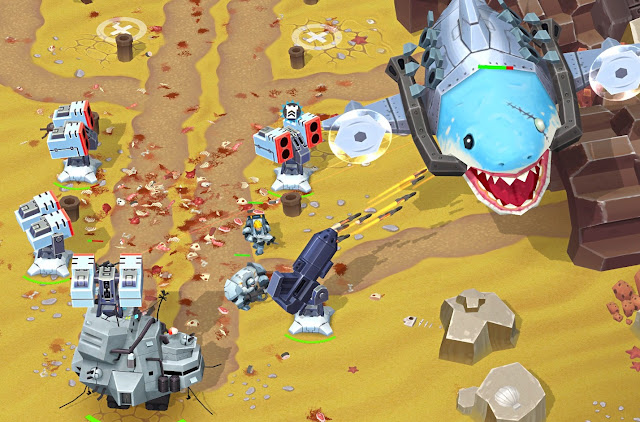 Released recently for the Nintendo Switch, OTTTD (Over the Top Tower Defence) by SMG Studio was previously released in 2014 on other mobile and PC platforms, but it’s always better to play games on console, right? In a genre that is now often ignored by developers, it’s always good to see a new tower defence on the Nintendo Switch, if for no other reason than the pure nostalgia factor.

As I played this, I found myself having fond flashbacks to the days of playing flash games on the PC which were almost always either were platformers or tower defence titles. If I could pick a key requirement that drew me to a good tower defence game, it would have to be the mess the towers themselves generate. You do not need a Call of Duty or God of War game for quality carnage, oh no. You just need a good old tower defence game with big swarms to deal with, and even bigger towers to halt their progress. OTTTD delivers on this perfectly with its cartoonish graphic violence which piles up the bodies at the feet of the towers.

The plot is simple enough, with you taking control of a HEROCORP team of hero commanders which defend their base headquarters from an onslaught of interdimensional beings. The only reason that contact has been made with these beings is that the world is at peace and HEROCORP needed to keep the soldiers employed, so they started opening interdimensional rifts to let them flood through. They claim that it is to preemptively defend earth, but you know it is just so you can shoot stuff. 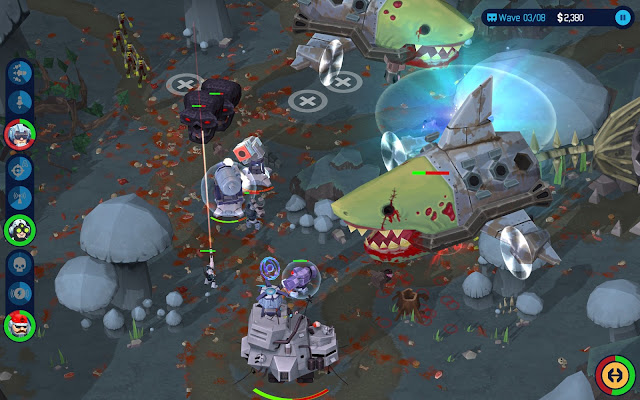 While not front and centre, the story does contextualise the game enough to give the action purpose. From loading screens to character bios, even death screens, the written word in OTTTD is humorous and unique. It’s silly, satirical, and over the top, and certainly the developers haven’t been out there drawing inspiration from the grand war speeches. In other words, it isn’t supposed to be the next Call of Duty, and lines such as “you better keep him alive, otherwise I’ll bury you in so much paperwork you’ll think you’re a filing cabinet” when unlocking one of the heroes certainly drives that home. This cheesy dialogue is riddled through the game and sets apart the title among other tower defence titles. Something as simple as adding health to a character on the skill page has a comment that would better fit a sleazy dating profile (“Is that an increased health bar or are you just happy to see me?”). It’s great stuff.

Like all tower defence games, players purchase “towers”-soldiers – to drop in around a path which enemies will follow as they make their way to the end goal – in this case, your squad’s base. The towers are there to stop them, by slowly whittling the enemy health down, and hopefully killing them before they reach the goal. In OTTTD you can pick from what seems like a standard array of weapons, featuring a rocket launcher, laser cannon, an electrical Tesla coil-like weapon, right through to the humble machine gun. As the game progresses more soldiers unlock, each with different roles and personalities. Meanwhile, their weapons also more unique, and even more effective at turning the narrow tunnels the enemies track down into murder gauntlets. Rocket launchers fire off their payloads with greater frequency, and what is the point of a machine gun in modern warfare if it isn’t also a drone?

After the completion of each mission you will get a score out of three stars, some cash and skill points. This allows a degree of progression through the levelling up of your characters and unlocking further skills and weapons within the game. The skill points go towards making your team of heroes more indestructible, with each character able to acquire unique skills for use on the battlefield. You can unlock skills which may help heal some buildings, for example, or others that allow sharpshooting. Skills and abilities range across both active and passive, and as the game goes on, there’s a reasonably deep tactical depth to forming the right party of characters, and developing the right mix of skills. Tower defence titles are well known for being challenging, so it is important to work at getting a good mix of skills together. 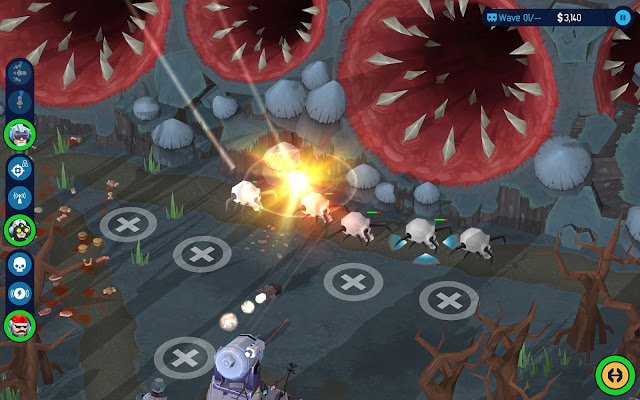 Unfortunately, the Switch port isn’t perfect and comes down the controls. Fine control with it is finicky, and even hours in I would find myself often accidentally selling a tower when I had meant to repair it. I also found at times that the menu system was unresponsive, and I couldn’t make selections, even though the cursor was clearly over the menu option, and toggled select “on.”

Those technical issues where far and few during my gameplay sessions and I’m sure they’ll be patched out. OTTTD is a quality example of the tower defence genre by SMG Studio, and it is no wonder that the original release of OTTTD scored favourably enough that a Switch port, years later, would make sense. Is it essential? No, this genre was never about being “essential,” – it’s tailored right down to the core as a simple way of passing time with accessible challenge. But SMG Studio has nailed that brief, and this game does deserve to be considered among the very greats of the genre.

A book about Japan that you should read: Japan Story